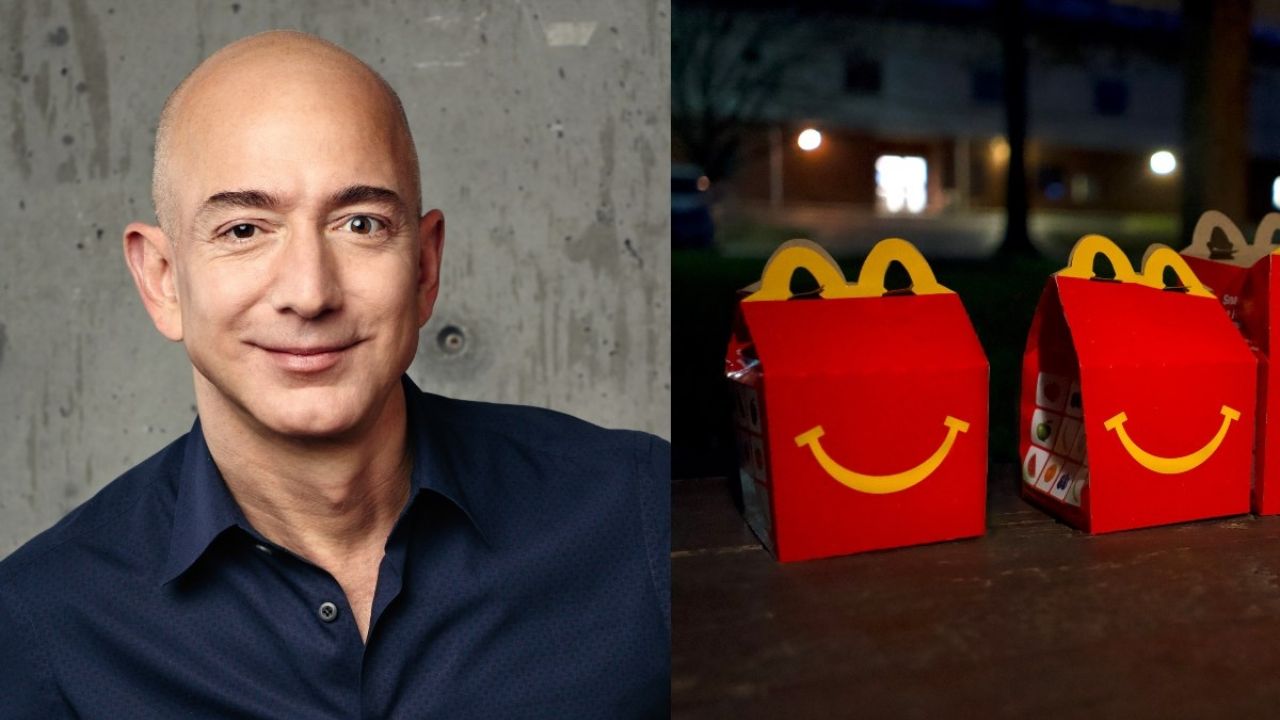 The CAmazon EO and billionaire tycoon, Jeff Bezoswas always unique, even as a child, when he began to be fascinated by discovering how machines and toys work.

“I knew from the beginning that Jeff was a little different, when he tried to take his crib apart with a screwdriver, I think he did it,” his mother said in an interview.

Such was his curiosity about manufacturing, machines and toys, that at the age of 16, Jeff Bezos Got a Summer employment at the fast food company McDonald’sin the 80’s and there he learned invaluable lessons to succeed as an entrepreneur and manager.

What responsibility did you have at McDonald’s?

As the tycoon himself has told on more than one occasion, during his time at the fast food restaurant chain, he played the role of cook.

“I was a cook. They wouldn’t let me get close to customers. This was my teenage stage with acne. They were like, ‘Hmm, why don’t you work in the back?’” she joked.

According to his own experience, the most difficult task to perform at McDonald’s was as a grill man; Well, “it was keeping everything running at the right pace during peak hours,” as Jeff Bezos confessed to Cody Teets, author of “Golden Opportunity: Remarkable Careers That Began at McDonald’s.”

The experience was the first practical touch of Jeff Bezos with the retail commerceaccording to Wired, and spent the summer “studying the company’s automation improvements” such as strategies to solve day-to-day problems in the fast food chain, such as scramble eggs, flip burgers and get the fries out on time.

2. An early view of customer service

Working at McDonald’s as a teenager, Jeff Bezos also had an early insight into customer service; So much so that one of the pillars of Amazon today is the “obsession with customer service”.

After working for a while at McDonald’s, Jeff Bezos shares with young people the valuable lessons he learned, the most important being to always be attentive, and with eyes wide open to learn any task, even if it consists of learning to flip hamburgers.

“You can learn the value of responsibility in any job, if you take it seriously. You learn a lot as a teenager working at McDonald’s. It’s different from what you learn in school. Never underestimate the value of it!” ”, affirmed the tycoon.

Did you know that Jeff Bezos is not the only entrepreneur who learned important lessons working in fast food chains? For example, the co-founder of Reddit, Alexis Ohanianworked as a waiter at Pizza Hut when he was in high school, after previously working as a dishwasher.

In Alexis Ohanian’s experience as a waiter, “I learned basically everything I needed to know about customer service,” Ohanian told The New York Times.

For its part, Barbara Corcoranstar of ABC television’s “Shark Tank,” learned important career lessons working as a waitress at age 20.

“You learn more as a waitress than in any other job. The best job you could have to prepare yourself to be an entrepreneur is to walk to the other side of the counter and serve people.”