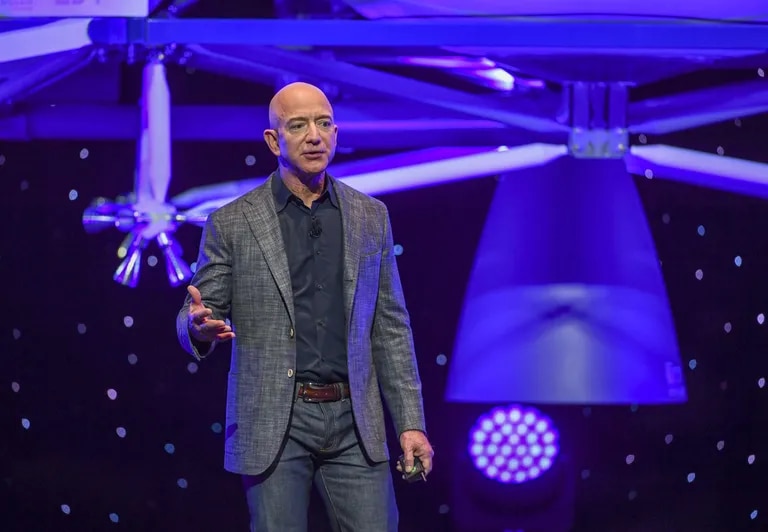 The Amazon Founder, Jeff Bezoshad a great vision for business throughout his lifewhich led him to be a successful man in most of the projects he undertook.

Since Amazon’s 1994 launchwhich is currently the largest e-commerce platform in the world, to other initiatives such as aerospace company Blue Origin, Bezos made use of twelve questions that allow him to identify if you are comfortable with the plans you developed.

This was revealed by the billionaire, considered the second richest man in the world with a fortune of 183,500 million dollarsaccording to estimates from the magazine Forbesin a commencement speech he gave at the Princeton Universityin New Jersey, in 2010, where he graduated in 1986 from the Computer Science and Electrical Engineering programs.

In this space, Bezos made the speech “We are what we choose”where he recalled moments of his childhood with his grandparents in Texas and pointed out one of the first lessons he received as a child and that is difference between gifts or talents and choices.

In this point, the billionaire indicated that “elections can be difficult if you are not careful” and, if one is seduced by one’s own gifts, “it will probably be to the detriment of the choices a person might make.”

“When you are 80 years old and in a quiet moment of reflection, telling just for yourself the most personal version of your life story, the most concise and meaningful story will be about the series of choices you have made. In the end, we are our choices,” Bezos said.

Likewise, the technological entrepreneur announced what those twelve questions are what a human being must do before undertaking a project so that this take you on the path to success.