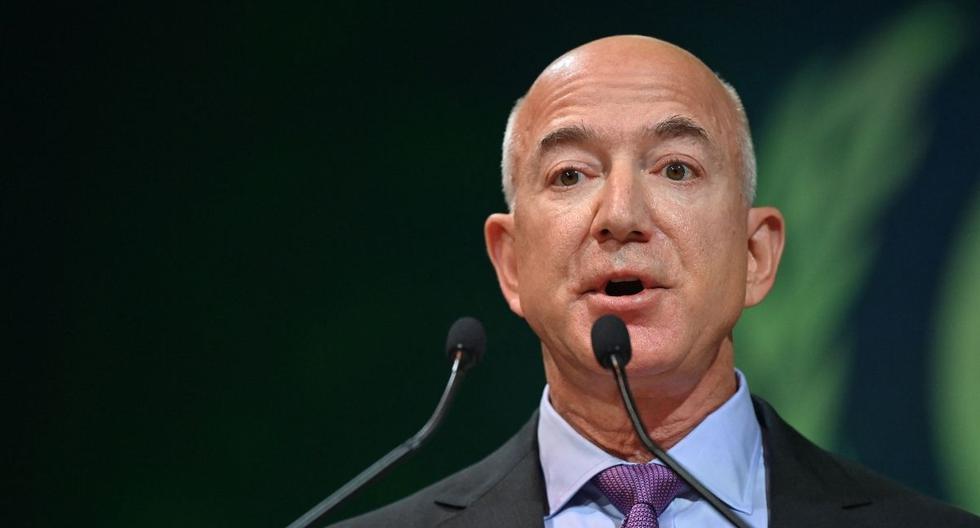 When Jeff Bezos stepped away from the position of director to be CEO of Amazon, no one imagined that behind that powerful place, the American tycoon had left a great lesson that, for many, changed the way of conducting the selection process in job interviews. Next, we will tell you the time that the leader of the most famous e-commerce in the world hired a young woman, back in 2002, after asking only two questions.

MORE INFORMATION: This was the 11-minute trip to space for billionaire Jeff Bezos

Ann Hiatt She is the protagonist of the moment that should be remembered the most in the history of job interviews. That episode was also accompanied by one of the richest men in the world, who according to the American network CNBC, hired the Silicon Valley businesswoman after asking two specific questions.

Hiatt decided to try his luck at Amazon, even though he never dreamed of working for that company. What prompted her to make that decision was seeing her parents’ friends earn a lot of money as tech professionals. It was then that she decided to look for a job according to her aspirations, and seeing that these positions were scarce, she decided to send her resume to electronic commerce, although without much hope that they would call her.

The surprise for Ann Hiatt was great when from the headquarters of Amazon they called her sooner than she had imagined. The first step was to attend a round of interviews for the position of junior assistant, a position that consisted of working alongside Jeff Bezos himself.

“I had no company connections, no computer science degree, and absolutely no experience working for a CEO.”, confessed on CNBC Make It.

The selection process continued its course and after a series of interviews that lasted almost 24 hours, in offices where the electricity was almost out, the applicant returned home with the promise that they would call her. So the months went by and her phone did not ring, at least not with the communication she was waiting for.

As happens most of the time when you apply for a job and do not receive a prompt response, Hiatt had given up hope that he will be able to work at Amazon, until one day the call he was longing for came to his phone.

“An Amazon recruiter asked me to come back for a final interview. He apologized for the long and drawn out process and promised me this would be the last. What he didn’t tell me was that it would be with Bezos himself”Ann Hiatt recounted.

The applicant for the assistant position once again went to the Amazon offices, without imagining that this time the interview would be nothing less than with the founder: Jeff Bezos. The young woman sat in the conference room, until the brand owner came in and sat right across from her.

Hiatt was at a crucial moment in the process for the vacancy, and that was not the only thing that made her nervous, knowing that she was facing one of the most powerful and successful men in the world. It was then that Bezos began to speak and asked the famous two questions: How many panes of glass are there in Seattle? and Which are your career goals?

QUESTION 1: THE GLASS PANELS IN SEATTLE

The successful American businessman started with his questions. The first question consisted of “a funny riddle.” While writing on the board in the meeting room, he asked Hiatt to calculate how many glass panels are there in the city of Seattle. This led the applicant to reflection, and her intelligence made her go beyond the question that seemed a simple mathematical calculation.

“I paused to calm down, reminding myself to think about her motivation for asking me that question. He wants to see how my mind works, I told myself. You want to see me break a complicated problem down into small, manageable steps. I can do that”added.

The reasoning applied by Hiatt led her to answer that the calculation of the question should be based on the number of inhabitants in Seattle, taking into account that each one allegedly had a house, an office, a school, a car, and all with windows.

And then we did the math. We analyze all the scenarios, groups, anomalies and possible ways to explain these exceptions. I felt like I talked for hours while Bezos filled the board with numbers. I’m sure it didn’t really take more than 10 minutes. “he added.

QUESTION 2: WHAT ARE YOUR PROFESSIONAL GOALS?

When Hiatt heard the question it did not occur to him to embellish his answer with some cliché phrase. She went straight to the point and made her point by saying that she had no idea what it was like to be an assistant, but that she had seen Amazon as a company full of people who were ambitious, passionate and eager to be like one of them.

Bezos appealed to his nose to recognize what a worker could bring him and was clear that despite how young his future assistant was, he was one of those people who would do anything to achieve success; in addition to having the motivation to continue at their own pace and having the idea of ​​constantly ascending.

The owner of one of the largest fortunes on the planet, did not think twice and hired her on the spot. At that precise moment he told him where his workplace would be, which was only a few meters from him.

Currently, Ann Hiatt has a consultancy with CEO clients around the world, where she applies everything she has learned at Amazon and Google on innovation, ambitious challenges, growth by merit and leadership. In 2002 she became an executive business partner for Jeff Bezos and later worked with Marissa Mayer and Eric Schmidt.

Jeff Bezos: the two questions he asked a young woman to hire her on Amazon