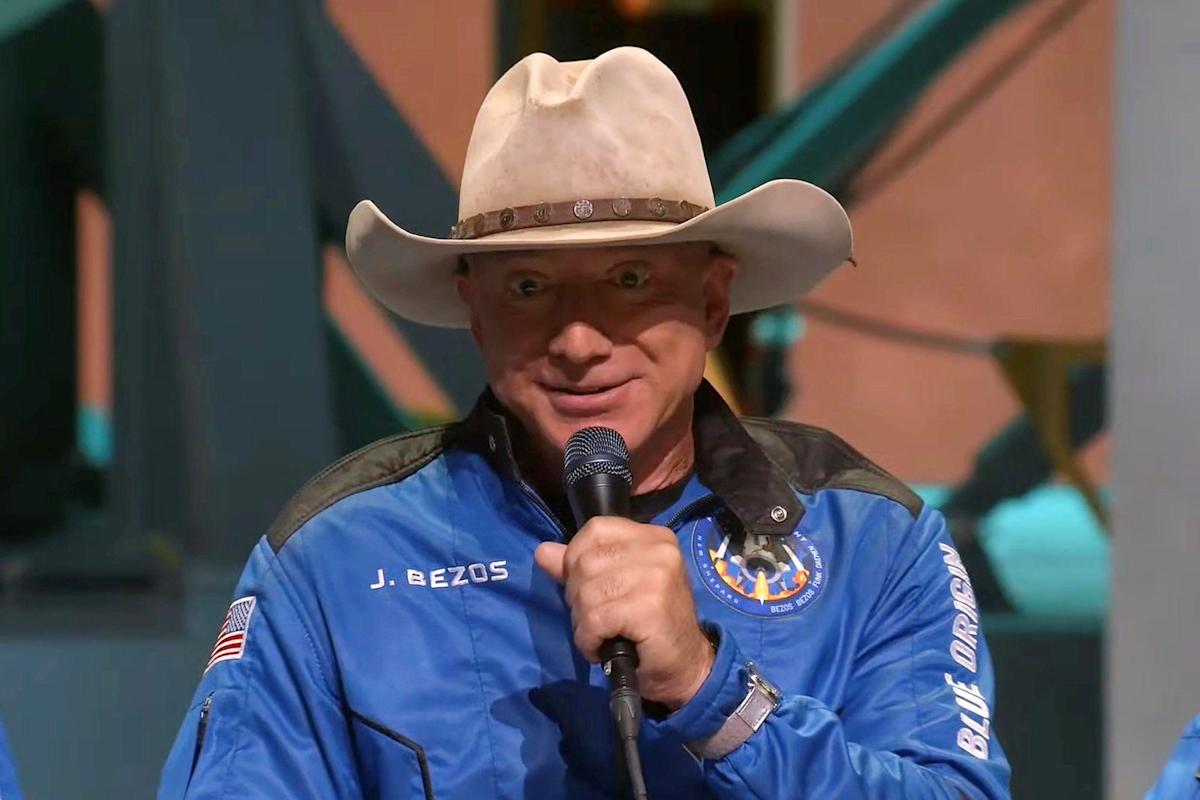 Jeff Bezos managed to travel to space last month, But his company has lost top talent since the space billionaire returned to Earth. According to the CNBC news network, they are at least 17 key leaders and senior engineers who left Blue Origin this summer. Interestingly, many did so in the weeks after Bezos’ spaceflight.

And this is not the worst, but in addition to leaving the company, former employees moved to companies that are competitors. Two top engineers, Nitin Arora and Lauren Lyons, went to SpaceX (another tycoon’s aerospace company, Elon Musk) already Firefly Aerospace (from Max Polyakov), respectively.

The crew that traveled into space with Jeff Bezos (Blue Origin /)

Through people familiar with the situation, CNBC he learned that the exits include Jeff Ashby, a former NASA astronaut who was chief of mission security for the New Shepard spacecraft – the rocket on which Bezos traveled into space -; Dave Sanderson, a Senior Propulsion Design Engineer; and Bob Ess, who served as Senior Director of the New Glenn Rocket Program, among other prominent employees.

Who left did not specify the reasons, but It is estimated that the causes would be related to frustration with the executive administration and a slow bureaucratic structure. However, Bezos’ company seems unwilling to acknowledge the situation. In this sense, a company spokesperson pointed out the growth of Blue Origin in a statement: “Blue Origin grew by 850 people in 2020 and another 650 so far in 2021. In fact, we have grown almost a factor of four times in the last three years ”.

The moment when Jeff Bezos and his crew walk towards the New Shepard rocket, from his company Blue Origin (Blue Origin /)

Ten days after Bezos’ space flight on July 20, Blue Origin gave all of its full-time employees an unconditional cash bonus of $ 10,000, but none of the contractors received it. The bonus was intended as a thank you for achieving the milestone of sending a mission into space.

Two people told CNBC that, internally, the bonus was perceived as an attempt by the company to keep talents from leaving in response to the number of employees filing notices to leave after the launch.

A look at Glassdoor, a website where former and current employees can anonymously rate companies, reveals a huge disparity in employee satisfaction with Blue Origin’s leadership compared to other major space companies. According to the firm, only 15% of employees approve of CEO Bob Smith, in front of 91% de Elon Musk en SpaceX.

Last week it was known that Bezos decided to sue NASA after the US space agency awarded SpaceX a contract to build a landing system on the Moon.

The project -which contemplates an investment of 2.9 billion dollars– aim for astronauts to return to the Moon in 2024, on a mission that has not been carried out since 1972.

Bezos, like Musk, had submitted a proposal to integrate the construction of this lunar site but it was rejected.