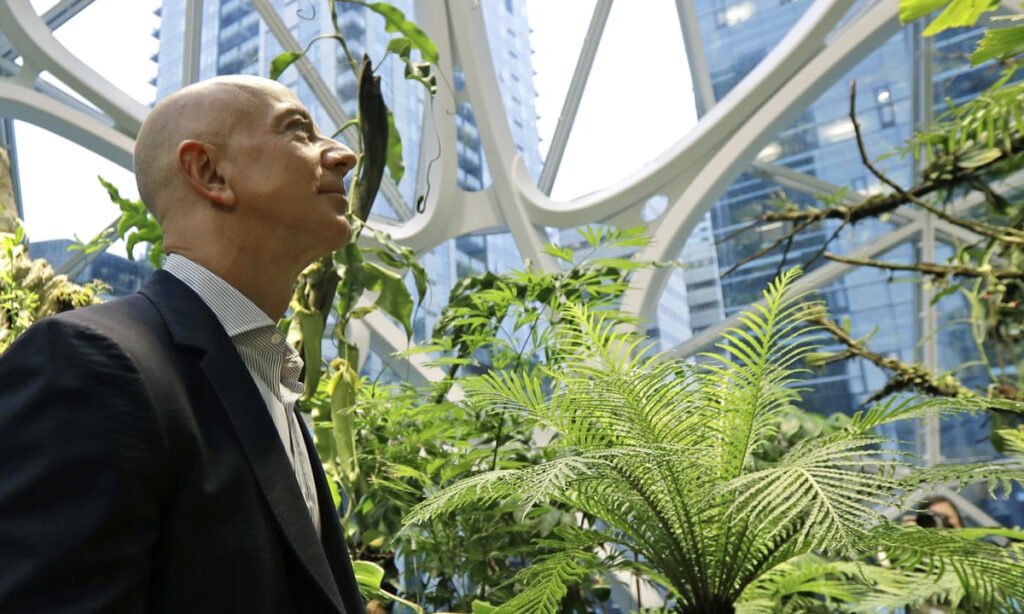 The space race of the richest men in the world has not only amazed us but also frightened us at the impact of climate change that seems to be paying the bill for going into space.

Jeff Bezos, who is the richest man in the world, owner of Amazon and Blue Origin, said he is concerned about climate change so in good faith he will be allocating 10 billion dollars through the Earth fund.

This fund aims to distribute the millionaire sum between different grants to scientists, activists and other organizations working to address climate change.

So far the fund has granted 947 million and the goal is to issue the remaining 9 billion by 2030.

Regarding his altruistic activities, during an interview at the Ignatius forum, held in Washington, the businessman was asked what he would say to critics who point out that millionaires like him should do more for the planet instead of traveling to space.

“They lack the duality that we need to do both and that the two are deeply connected,” Bezos told Harvard Business Review editor-in-chief Adi Ignatius. “In fact, I’m spending even more money on the Bezos Earth Fund than I’m spending on space.”

After leaving the Amazon chair this year, Bezos is fully dedicated to his personal interests such as the Earth Found, his space company Blue Origin as well as The Washington Post newspaper, which he acquired in 2013.

Huawei Matebook 13s: a spectacular screen to increase your productivity

Despite their intentions, critics and defenders of the planet assure that the space actions of Bezos and other millionaires like Elon Musk are more harmful than they might believe and their charitable actions are not enough to reverse the climate change that causes their search for conquer outer space.