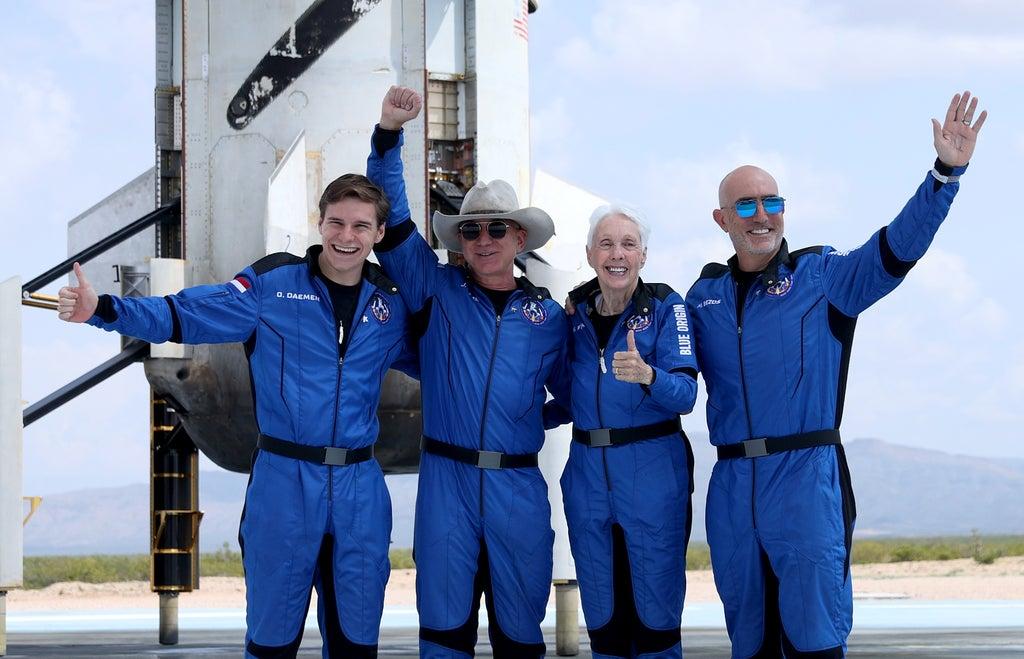 Jeff Bezos says people will one day be born in colonies spatial and will make tourist trips to the Land “in the same way that you visit the Yellowstone national park“.

The founder of Amazon and Blue Origin predicted that floating cylindrical space habitats will be able to house a million people and will have “rivers, forests and wildlife.”

Bezos, who flew to the edge of space on a Blue Origin rocket earlier this year, made his comments on the Ignatius Forum at Washington DC.

“For centuries, many people will be born in space, it will be their first home,” said the billionaire.

“They will be born in these colonies, they will live in them, then they will visit Earth in the same way that you would visit, you know, Yellowstone National Park.”

Bezos told the forum that, unlike his rival Elon Musk, believed that the colonies were a better bet than trying to restart life on another planet.

The head of SpaceX set his gaze on Mars since he founded his private space company in 2002, and last year he proposed landing humans on the planet by 2026.

Bezos’s comments appeared to be a direct blow to Musk’s Mars plans.

“Even if you had to terraform Mars or do something as dramatic as that, which by the way would be something very, very challenging. Even if you did that, it would mean doubling the Earth,” Bezos commented.

Bezos also commented on the forum that he believed in the existence of intelligent life on other planets.

“How could I not? There are so many stars, just in this galaxy. And then so many galaxies”, He added.

“The odds that we are the only intelligent life in the world universe they seem extremely small to me. “

But it cast doubt on whether Earth had been visited by extraterrestrials.

“I highly doubt that. I think we would know if it happened. But are they out there? Probably.”

COP26: Jeff Bezos promises to invest $ 2 billion in environment; “The Earth is so fragile,” he says

Jeff Bezos predicts that people will be born in space and “visit Earth as Yellowstone is visited.”