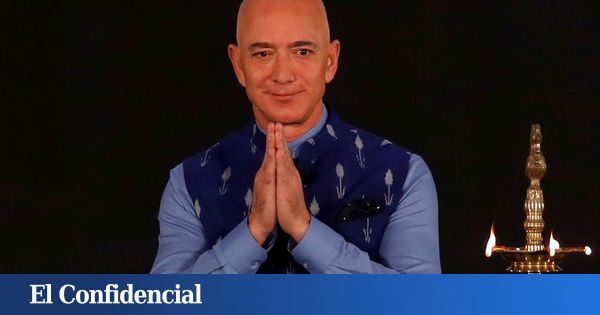 Many billionaires in the tech industry are obsessed with prolonging human life. Among them is Jeff Bezos, former CEO of Amazon and richest man in the world, who is investing in different companies that have set themselves that goal. The latest is called Altos Labs and its team includes a Nobel laureate and two of the most internationally recognized Spanish biologists.

Altos Labs aims at biological reprogramming, a way to rejuvenate cells in the body that some scientists believe could be used to slow down the biological clock of entire organisms and thus prolong human life.

The ‘startup’ is incorporated in the United States and the United Kingdom and aims to create several institutes in places such as San Francisco and San Diego, in the American country, Cambridge, in the United Kingdom and also in Japan. According to the Technology Review from MIT, Altos Labs is attracting large numbers of scientists, offering them stratospheric salaries – some, the outlet claims, reach a million dollars annually-, participation in the company and the promise that they will be able to dedicate themselves to their research without restrictions.

Among these prestigious researchers are the Spanish Juan Carlos Izpisúa Belmonte, Spanish biologist from the Salk Institute, in California, or Manuel Serrano, from the Barcelona Institute for Biomedical Research. And that according to he affirms, he will earn between five and ten times what he now earns as a scientist in our country.

“The philosophy of Altos Labs is to do research driven by curiosity. This is what I know how to do and I love it,” says Serrano in statements to the MIT magazine. “In this case, through a private company, we have the freedom to be bold and explore. In this sense, it rejuvenates me. ”

Serrano assures that he plans to move to Cambridge to join the company’s facilities in the English city. “The goal is to understand rejuvenation”, maintains Serrano. “I would say that the idea of ​​having income in the future is there, but it is not the immediate objective.”

Another of the researchers collaborating in the project is Shinya Yamanaka, which won the Nobel Prize in 2012 for the discovery of cell reprogramming. Yamanaka, says the American media, will be an unpaid senior scientist and chairman of the company’s scientific advisory council.

Yamanaka and his team discovered a number of factors, now known as factores Yamanaka, They play a vital role in the creation of induced pluripotent stem cells, cells that have the ability to become any cell in the body.

Serrano was one of the first scientists to genetically engineer mice to produce Yamanaka factors. Their studies led to the conclusion that time can be reversed in a living animal. “The factors are introduced and they do the magic. It is very simple experimentally, although it is not understood”, says Serrano.

But the method is now unsafe and requires more research. Returning cells in mice to their embryonic state caused all of them to develop cancerous tumors. “For me, the Yamanaka factors are not viable for clinical use,” says Serrano. “They involve the introduction of genes, some of which are oncogenic. This is difficult to pass through the filter of regulatory agencies.”

According to the MIT magazine, Altos Labs will also work on an aging biomarker that will serve to measure the effect of any type of longevity and anti-aging treatment that is developed in the future.

Silicon Valley and its obsession with eternal youth

Big Silicon Valley entrepreneurs have spent years investing huge amounts of money in research and development of anti-aging therapies. And it is not only to find the fountain of eternal youth, this type of therapy could mean a market that generates thousands of millions of dollars in benefits.

In addition to Jeff Bezos, Alto Labs has other tech moguls among its investors. Among them the Russian millionaire Yuri Milner, who is one of the main promoters of the company. Alto Labs has received an investment of more than 270 million dollars According to the professor of the business school of the University of British Columbia Will Gornall to Technology Review, who claimed to have had access to company documents.

Altos Labs isn’t the only company Bezos has put money into in the rejuvenation field. The former CEO of Amazon, along with other billionaires such as Elon Musk’s former partner at Paypal, Peter Thiel, has also invested in the Californian company. Unity Biotech which is specialized in the elimination of senescent cells. As we age, cells stop dividing and become ‘zombies’ that cause inflammation associated with diseases of old age. The elimination of senescent cells causes this process to subside and healthy cells to function normally again.

Larry Page, co-founder of Google, is one of the investors of Calico Labs, a San Francisco-based company that also has research stars and huge budgets. Calico Labs has been working on regeneration since 2013 – without conclusive results to date – and now it is also dedicated to cell reprogramming.

The Spanish Pharmaceutical Grifols is also looking for a piece of this millionaire cake and acquired all of the shares of Alkahest, a company specialized in rejuvenation. Six of his therapies to treat age-related diseases such as Alzheimer’s and Parkinson’s are already in phase 2 clinical trials and we will know the results soon.

Despite all the capital movement and hours of research behind these types of therapies still there are none that have obtained approval from drug agencies. It may be too soon, and new investments are the push scientists need to overcome the hurdles these treatments face today.