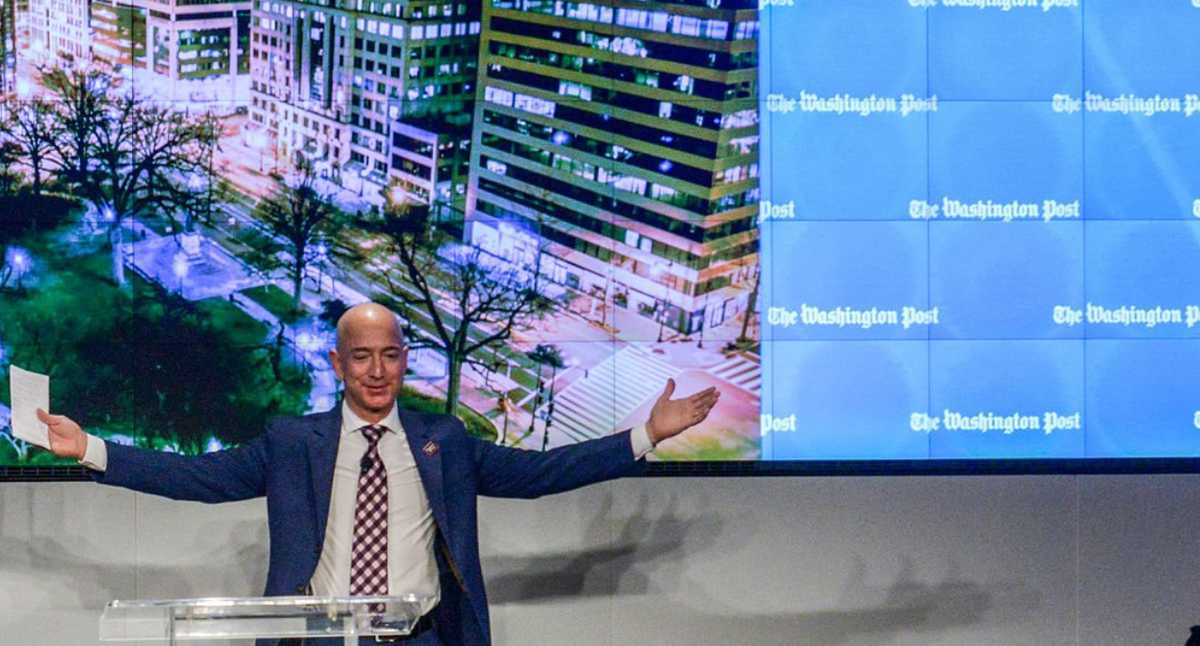 Surprisingly, Jeff Bezos arrived at the Washington Post facilities and his visit caused panic among the workers of the American newspaper, who fear massive layoffs.

In December 2022, Post editor Fred Ryan had announced that layoffs would be made in 2023 and Bezos had said the same regarding Amazon, which set off the alarms among those who saw the arrival of the billionaire to the modern building.

According to data revealed by economic sources in the United States, the Washington Post You’ve had a drop in advertising revenue, a shortage of new subscribers, and a drop in traffic to your website.

What did Bezos say at the meeting?

According to the New York Times, Bezos was silent during the meeting and was sitting next to editor Sally Buzbee in a sixth-floor office. “I am delighted to be here and see all these faces. Thank you for allowing me to listen,” Bezos said.

The same outlet claimed that when the billionaire left the glass office, an employee of the media outlet approached him and asked why he was going to make layoffs at the Post. Bezos replied that he had only come to listen to proposals and not to answer questions, but that he was very committed to the job stability of the newspaper.

At the moment it is unknown when the layoffs that Ryan spoke about a month ago will be announced, but apparently the cut in staff that the newspaper will experience in the first half of this year is imminent.

In November 2022, Amazon confirmed that it began laying off staff to deal with the economic crisis, after several days of rumors about a layoff plan at the retail giant. on-line.

“The economy is still in a difficult situation and we have been hiring quickly in recent years,” said Andy Jassy, ​​executive director of the US group, in an internal note published on the Amazon website.

According to various American newspapers, the platform and its various branches will lay off some 10,000 employees.

Jassy did not confirm this figure, but said the process had and had started and would continue into 2023.

“There will be more job cuts as managers adjust. These decisions will be communicated to the affected employees and organizations at the beginning of 2023”, detailed the CEO.

A reduction of 10,000 employees would represent just under 1% of the group’s current workforce, which had 1.54 million workers worldwide at the end of September, without including the seasonal ones, hired when the activity increases, for example, at the end of the year parties.

The company had already announced, two weeks ago, that it was freezing hiring for its offices, and its workforce has already dropped compared to the beginning of the year, when it employed 1.62 million people.

Amazon hired massively during the pandemic to respond to an explosion in demand, doubling its global workforce between early 2020 and early 2022.

Jeff Bezos makes surprise visit to Washington Post facilities and causes panic; The newspaper is getting ready to make layoffs