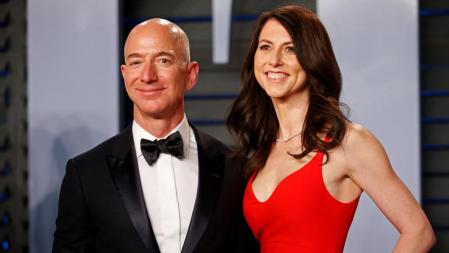 Jeff Bezos, founder and CEO of Amazon, has been sued by an employee of his for the working conditions in which he worked. The funny thing is that the plaintiff did not work in one of Amazon’s logistics centers but in one of the billionaire’s mansions.

The plaintiff is Mercedes Wedaa, whom Jeff Bezos hired to clean his Seattle mansion in 2019. The domestic worker has sued him for the “unsafe and unhealthy” conditions in which he worked.

According to Wedaa, both she and her colleagues had to “jump out of the window of the laundry room to go to the bathroom”, since they were not given any easily accessible toilet and were prohibited from using one closer to their work station.

According to Mercedes Wedaa, her working day was between 10 and 14 hours a day without sufficient break for meals.

Mercedes Wedaa affirms that some of the domestic workers hired in the Bezos house suffered frequent urinary infections, since “they had to spend much of the day without being able to use the bathroom.” Additionally, staff were prohibited from entering the home when the Amazon owner’s family was there, unless they were cleaning. Wedaa alleges in the complaint that she worked between 10 and 14 hours a day and that they were not given enough break time for meals or rest. In fact, she assures her, they didn’t even have a room for it.

According to the version of the former employee, the workers suffered daily racial discrimination due to their Hispanic origin by the house manager. Instead, she says the manager was “respectful and polite” to the white gardeners and maintenance staff. Ultimately, Wedaa was fired from her position after filing complaints about the working conditions she suffered every day.

For his part, Jeff Bezos’s lawyer, Harry Korrel, calls the former employee’s statements “absurd” and assures that the lawsuit comes after they refused to compensate him with more than nine million euros that he claimed after his dismissal. The lawyer also explains that the complainant wanted to earn a salary that amounted to six annual figures and that they even appointed her as the boss of the rest of the workers. “We have investigated the claims and they are nonsensical,” Korrel said in a statement in which he also denied the accusations about the lack of restrooms or bathrooms.

In April 2021, Jeff Bezos was already involved in another controversy over the working conditions of employees. Drivers were known to urinate into bottles due to lack of time or toilets to make stops on their shifts. “We know that our drivers are having trouble finding toilets due to traffic or sometimes rural routes,” they argued; In addition, they added that it was something that had been happening for a long time and that it was common throughout the industry and “not specific to Amazon.”

Why did Elon Musk and Amber Heard end their relationship?
Elon Musk and the five factors of his daily routine that can help us be more productive
For savers: what things do millionaires not spend money on?