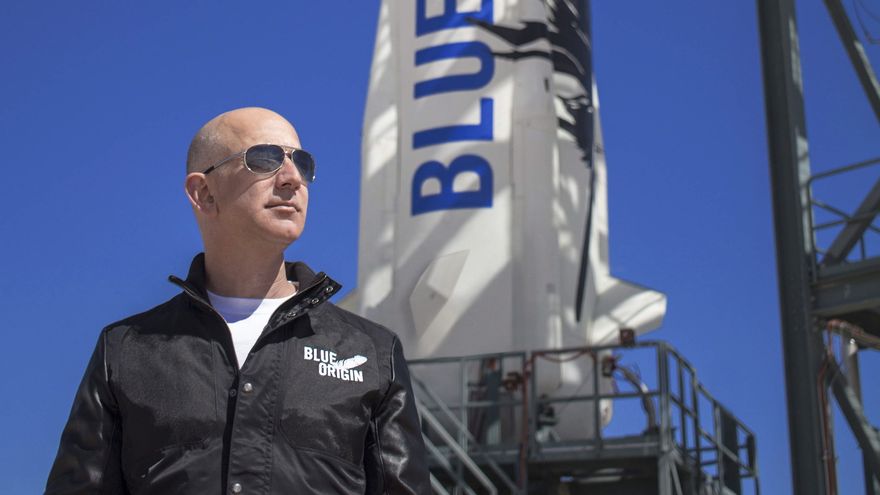 Since Jeff Bezos (57), the richest man in the world, left Amazon, the company he founded 27 years ago, never ceases to amaze with his new projects. If this summer you fulfilled your dream of go into orbit – for 10 minutes and 10 seconds – with your company Blue OriginWe now know that your new concern revolves around the rejuvenation of the human race. According to the magazine ‘Technology Review‘, from the Massachusetts Institute of Technology (MIT), the mogul is behind a new Silicon Valey company, in which it is also Yuri Milner -59-year-old billionaire born in Russia who made his fortune on Facebook and Mail.ru and is one of the most prominent technology investors-, and which is already recruiting eminent international scientists, such as the Spanish Manuel Serrano, from the Barcelona Institute for Biomedical Research, to find the recipe for eternal life.

The ‘star up’, which is called Altos Labs, is capturing this “great team of university scientists with luxurious salaries and the promise of being able to carry out their research without restrictions on how cells age and how to reverse that process”, says the article, which details: “Altos seeks out university professors offering them sports star salaries of one million dollars a year or more, in addition to shares, and saves them the hassle of applying for scholarships. The researcher at the Institute for Biomedical Research in Barcelona ( Spain), who confirmed having accepted the job offer from Altos, Manuel Serrano, clarified that the company would pay him between five and ten times what he was earning today. “

The new company, which will investigate cell reprogramming to rejuvenate the body, has raised more than 200 million euros for now.

The publication has also advanced another of the signings, the also Spanish Juan Carlos Izpisúa, a biologist at the Salk Institute in La Jolla, California.

Speaking to the MIT magazine, Serrano explains that joining a private company gives them the freedom to “be bold and explore” thanks to “curiosity-driven” research. “I would say that the idea of ​​having an income in the future is there, but it is not the immediate objective. The objective is to understand rejuvenation”, reflects Serrano.

On the other hand, the publication highlights that Izpisúa has gained notoriety in the field of rejuvenation research after predicting that the human life expectancy could increase by 50 years thanks to the mixture of human and monkey embryos.

The professor from the University of California in Los Angeles (UCLA) has also joined this project. Steve Horvath, which developed a “biological clock” which can accurately measure human aging.

One of the 2012 Nobel Prize in Medicine winners, Shinya Yamanka, will chair the company’s scientific advisory council. “Although there are many obstacles to overcome, there is enormous potential,” Yamanaka wrote in an email, confirming his involvement with Altos.

In Japan and the UK

In addition to its operations in the United States, Altos Labs plans to open several research centers in Japan and the United Kingdom, according to the publication, which cited sources close to the company’s management.

The article in the prestigious magazine tells that a large group of scientists met in October 2020 at Milner’s mansion in Los Altos Hills (California) to discuss how biotechnology could rejuvenate people.

That was the beginning of Altos Labs, which is now using biological reprogramming technology, a way to rejuvenate cells in the laboratory, to try to rejuvenate entire bodies of animals and ultimately humans.

The MIT publication reports that the company has been able to raise financing worth $ 270 million (228.5 million euros at the current exchange rate) in recent months, according to official documents from the states of California and Delaware.

This effort promoted by Bezos and Milner remembers in the sector to the American company Calico Labs, created in 2013 by the co-founder of Google, Larry Page, with the same objective. Calico also hired elite scientists and gave them generous budgets, although there are doubts about the real progress of this Google spin-out.

As the article recalls, “Young people dream of being rich and the rich dream of being young. That paradox is what people like Milner and Bezos can feel intensely. ‘Forbes’ currently ranks Bezos as the world’s richest person, with a net worth of around $ 200 billion (€ 168.323 billion). Milner’s wealth is estimated at $ 4.8 billion (€ 4.04 billion).