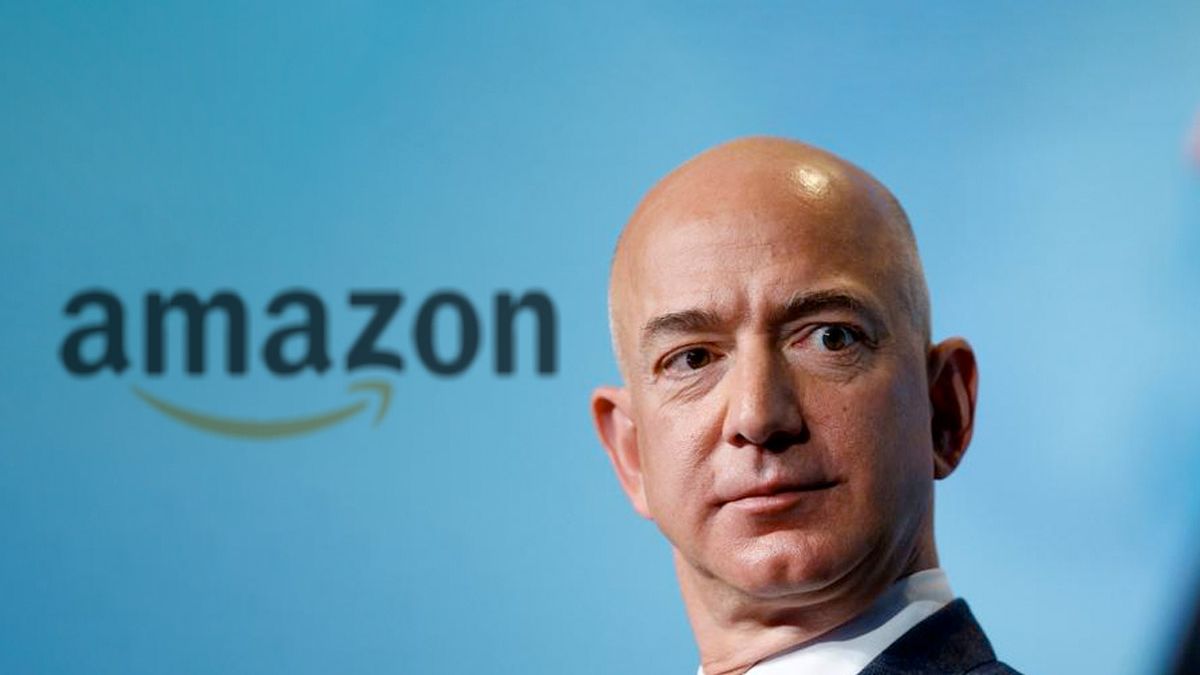 But, with little hope and some surprise, she was soon called in for a round of interviews for the junior assistant position. “I had no company connections, no computer science degree, and absolutely no experience working for a CEO.”, featured on CNBC Make It.

And after a long process of interviews that lasted most of the day with all the main assistants, one of them even in an office whose only light was the codes of a monitor, Hiatt returned home and during a few months he did not receive any communication.

When I had lost hope, the phone rang: “An Amazon recruiter asked me to come back for a final interview. He apologized for the long and drawn out process and promised this would be the last one. What he didn’t tell me was that it would be with Bezos himself.”.

The meeting with the founder of Amazon only consisted of two questions, in which the young woman was sitting in the conference room without the slightest idea that he would see Bezos until he came in, introduced himself, and sat across from her.

The simple fact of being unexpectedly in front of one of the most successful entrepreneurs in the world was already reason to be nervous, but Bezos’s first question left her “terrified.” Told him it would be “a funny riddle” And while he was writing on a blackboard in the conference room, he asked him to estimate the number of glass panes in the city of Seattle.

“I paused to calm myself, reminding myself to think about his motivation for asking me that question. He wants to see how my mind works, I told myself. He wants to see me break a complicated problem down into small, manageable steps. I can do that.”Ann assured.

With a shaking voice, he began by calculating the number of Seattleites and suggested that the estimate be based on the fact that each had at least a house, a car, an office, or a school, all with windows. “And then we did the math. We looked at all the scenarios, clusters, anomalies, and possible ways to explain these exceptions. I felt like I talked for hours while Bezos filled the board with numbers. I’m sure it didn’t really take more than 10 minutes. “added. And the big relief was when Bezos rounded up the final estimate and said “That seems correct”.

Then came the second question: What are your career goals?. Hiatt was totally honest. Confessed that I had no idea how to be an assistant, but that he knew the importance of constantly being out of his comfort zone, that Amazon had proven to be a company full of ambitious and passionate people, and I wanted to be like them.

It was clear to Bezos that, despite being very young, she was a candidate who he would do anything to be successful and had the courage and motivation to run at his own pace and consistently level up. So the Amazon founder hired her on the spot. And gave him his desk, the closest to his across the company.

Almost 20 years later, Ann Hiatt has worked as Executive Business Partner for Jeff Bezos, Marissa Mayer and Eric Schmidt. He recently founded a consulting company with CEO clients around the world, where he applies the lessons of innovation, ambition, growth at scale, and forward-thinking leadership that he learned at Amazon and Google.

Over the years and his experience with Bezos, Hiatt learned that Courage, ambition, and energy are more valuable than mastering a specific skill set. “It took me years to fully understand why Bezos took a risk and gave me that great opportunity. He surrounded himself exclusively with people he had to restrain, not push forward. He created teams of people so ambitious, creative, and determined that they made up for whatever experience they lacked. I learned that the key to Bezos and Amazon’s initial success was this relentless pursuit of the exceptional.“, he justified.