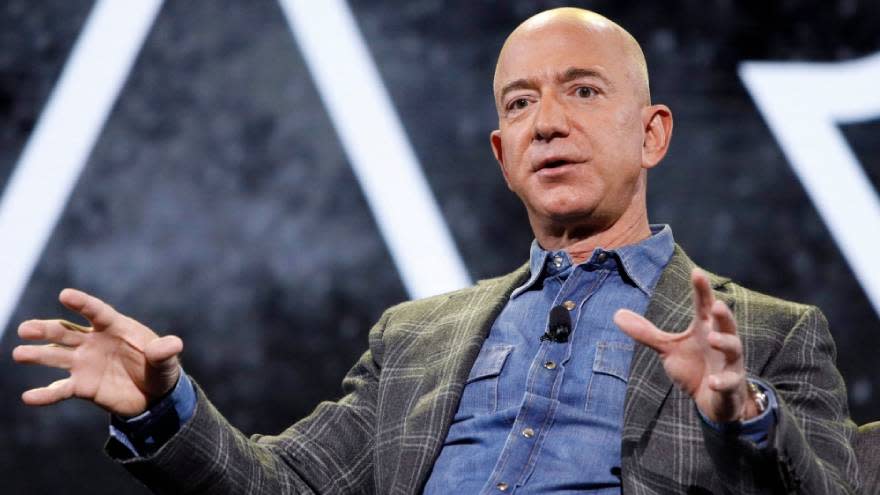 The continued expansion of amazon in more and more product categories it once had a big slump. He was supposed to fire phonethe “smart” mobile phone released by amazon in July 2014, it would compete with devices from high end like the Apple iPhone and the Samsung Galaxy.

But consumers were not seduced: amazon was forced to take an amortization charge of $170 million in costs related to device.

Although the then CEO of Amazon and today the richest man in the world, Jeff Bezoswas surprised that the fire phone hasn’t flown off Amazon’s virtual shelves, the device unattractiveness it was obvious to many outside observers.

amazon fire phone was Amazon’s attempt to penetrate the market for phones “smart” phones and position the company as cool and innovative rather than just cheap and convenient.

There was much fanfare before its release; after all, the products Kindle and Echo from Amazon were very popular with consumers. Why would the Fire Phone be any different?

The Fire Phone failed, and fast. no one wanted it. Their high price put off many Amazon customers, their 3D features they were conspicuous but largely useless, and his operating system Fire OS was incompatible with some of the most popular applications, such as Google Maps.

Two months after its launch and with less than 35 thousand units sold, Amazon dropped the price of the phone from a base price of $650 to just 99 cents with a two-year contract.

Amazon reportedly suffered a $170 million loss on the device and was left with $83 million in inventory.

What went wrong with the Amazon Fire Phone?

amazon built fire phone based on assumptions about your customers. He pondered what customers cared about, how much they were willing to pay, and even what apps they wanted on their phone, and all those assumptions turned out to be wrong.

The design learning is, in many ways, the same as product design. And just like in the Design of productsthere is a danger of making assumptions during this process, something that Amazon experienced firsthand.

Let’s look at the assumptions you made amazon during the design process they finally made it the telephone was not successful.

One of the main features of the Fire Phone was the dynamic perspective. The Amazon team spent an inordinate amount of time and resources designing a 3d screen for the phone, included five front cameras and eye-tracking technology.

Sure, it was a cool feature, but it wasn’t one that customers asked for and it wasn’t enough to turn them away from their phones. Apple or Samsung.

The Fire Phone was the first “smart” phone to offer barcode scanning. They coined it Firefly and it allowed customers to use their phone’s camera to scan barcodes on products in stores and then buy them on Amazon.

There are some key flaws in play at this point. First, Amazon took over that customers would rather buy products on Amazon than just buy them at the store they’re already in.

Second, they overlooked the consumer trends that customers preferred to shop online from desktop computers rather than phones. The value Firefly offered did not resonate with consumers.

The phone used the same operating system as Amazon’s tablets.

A cell phone with an incomplete operating system

Instead of using a operating system existing, Amazon opted for create your own wearing a forked version of android. That meant Fire Phone users couldn’t access some of the most popular Google and Android apps.

Amazon assumed that developers would seize the opportunity to develop applications for fire phone. Instead, it was an empty dance floor. Developers stayed loyal to the major operating systems that already existed, because that’s where the money is.

Jeff Bezos at the presentation of the Amazon Fire Phone.

A cell phone with features of limited interest

Other new features at the time, such as the 3D screen, were met with a collective yawn. Meanwhile, the most notable new feature of the Iphone 6its large screenwas a more obvious upgrade, and its own commerce-focused perk, Apple Pay, works in many places outside of the Apple ecosystem.

In 2015 Amazon announced the cease manufacturing of the mobile phone, its loudest failure.

Jeff Bezos can also fail in business: why the Amazon phone was a total dud