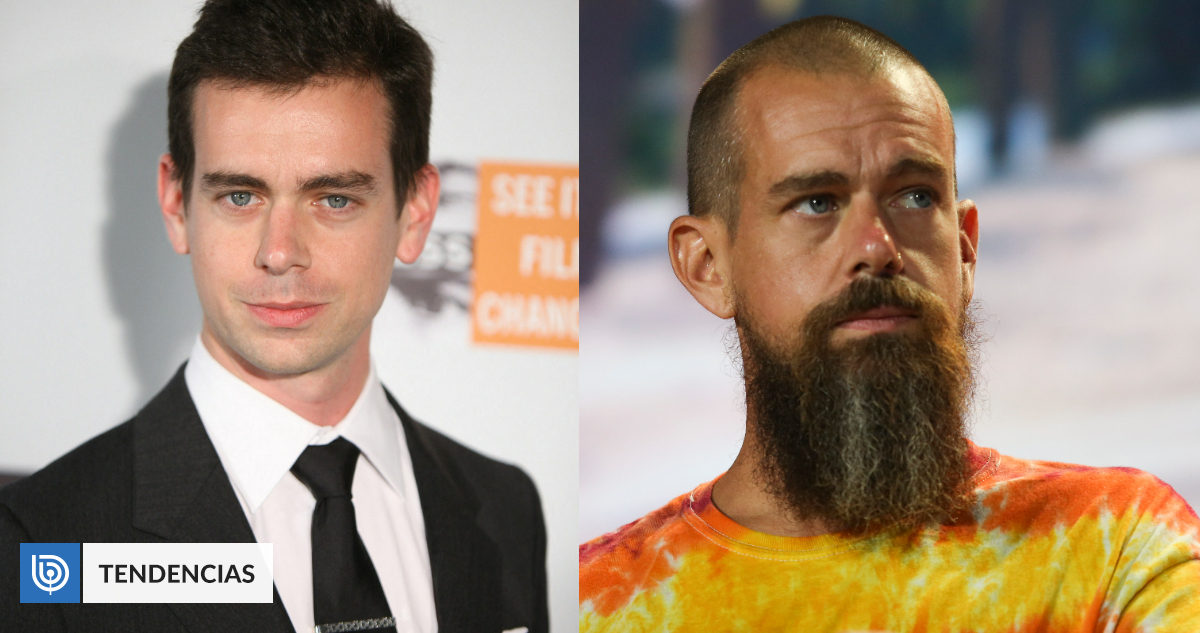 Jack DorseyOne of the co-founders of Twitter is undoubtedly a curious character in the world of CEOs of technology companies.

He took advantage of his programming skills and together with Evan Williams, Biz Stone and Noah Glass, in 2006 they confused the popular social network that in its beginnings would only be a 140-character messaging service, but it became one of the most popular platforms in the world. .

Loved by many, hated by surely the same amount, Twitter became one more option to have social interaction on the internet, although it has been losing ground in the world thanks to other platforms such as Facebook (low for young people, but attractive for older people) , Instagram or TikTok.

However, Dorsey remains as its CEO and while trying to improve the platform, it seems that his appearance is in “decline” for many while his eccentricities are more public every day, a major change in life. of one of the kings of Silicon Valley.

Dorsey was fortunate with his intelligence to act as founder of important companies in Silicon Valley, in addition to Twitter, he owns Square, a company dedicated to the field of payments through mobile phones.

But he was also blessed with genetics, since his physique, blue eyes and sometimes excellent dress taste have made him one of the most elegant CEOs in the world, he noted. GQ.

In 2019 he visited Fashion Week in Paris, sitting in the front row of the Dior, Rick, Owens and Celine shows causing a furor with the outfits he wore, however, Jack Dorsey’s life is far from the frivolity that could have the world of fashion.

This, because the co-founder of Twitter maintains an austere life, although he is a millionaire, but he adds to the long list of rich CEOs who want to live as poor, although he adds something of his own and more than austere, it seems to be a life eccentric.

As highlighted The countryDorsey’s daily routine goes like this: “He gets up at a quarter past six. Practice vipassana (meditation technique) for one hour. He uses the Seven app to guide him through a few very intensive exercises (he doesn’t have a personal trainer) and then he goes into a sauna that reaches 50 degrees, for 30 minutes or an hour. ”

“From there, already more spartan than stoic, he plunges into a bathtub of water just above freezing. Then he goes to work. Walking. It takes him an hour and fifteen minutes, but two days a week, Tuesday and Thursday, he telecommutes. In his office he uses a tall desk (he uses it standing up) and a near infrared light bulb. Back home, and after the frugal or non-existent dinner, repeat the sauna and ice bath: 15 minutes of extreme heat and three of pseudo-freezing ”, they add.

It is certainly a routine that requires willpower, perhaps the same one he used when he participated in a 2008 10-day retreat in Myanmar to practice vipassana, an old Buddhist technique that he describes on his Twitter account as “extremely painful. and demanding a job at the same physical and mental level ”.

Through this same platform, he showed images of his room indicating that it was basic, without electronic devices, without books, writing, music, “nothing toxic” in his opinion.

I did my meditation at Dhamma Mahimã in Pyin Oo Lwin. This is my room. Basic. During the 10 days: no devices, reading, writing, physical excercise, music, intoxicants, meat, talking, or even eye contact with others. It’s free: everything is given to meditators by charity. pic.twitter.com/OhJqXKInD3

The criticism came immediately, considering that while he was in the area, he did not refer to the crisis of the Rohingya who migrated from there to Bangladesh, where they settled, founding one of the largest refugee camps in the world. But apparently, Dorsey was only serving his goal of being oblivious to the world.

That has not been the only time that Dorsey has been criticized for leading such an “austere” life, although he is not lacking in money, as he was also questioned when he sold his first tweet for almost 3 million dollars, through NFT, a digital asset stored in blockchain technology, which is associated with a certificate of authenticity, he mentioned The world.

Dorsey is a practitioner of fasting, whose experience he considers “a strange state to be in.” “But when I did it the next two times, I realized how much of our days are focused on food. A feeling that improved when I fasted for a long time ”, he expressed.

As highlighted The worldCriticism immediately went to him, pointing out that he was normalizing eating disorders, but according to him, fasting gives the gift of boosting productivity, which apparently did not serve him as much considering that he was awarded as the worst CEO in the United States , for prioritizing his private life, hobbies and even his second company, over the giant Twitter.

Another time that his obsession with not eating brought him criticism was when he pointed out through his own social network in 2019 that “the days seem much longer when you do not interrupt them with breakfast, lunch and dinner. Has anyone else had this experience? ” Immediately a user from Nigeria replied “That is what poverty tastes like, sir”, a strong reply for a phrase that seemed to be born from the deepest innocence.

As highlighted by WiredShe only has seven meals a week and they are all at dinner time.

Another thing that draws profound attention is the change in his appearance, from the active young man that we could see on Instagram until 2012 (when he stopped publishing because the social network was sold to Facebook and not to him), little remains.

He keeps his hair short, but his full, long beard gives him a scruffy look that has apparently become a trend inside Twitter’s offices.

“Bitcoin will unite a deeply divided country. (And eventually: a world) ”he published through his Twitter account, a phrase that could easily be interpreted as that cryptocurrency would be the solution to all the problems of the globe.

The businessman is one of the ambassadors of the cryptocurrency and has made this clear in his speeches, such as when he participated in the panel of ‘The B Word’ where he mentioned: “My hope is that bitcoin creates world peace or helps create it. Elon (Musk) already said so. We have all these monopolies and the individual has no power ”.

In his speech, the CEO of Twitter added: “Also, the cost and distraction that comes from our current monetary system is real and takes away the attention from bigger problems. Some like the one Elon is trying to figure out, achieve being a multiplanetary humanity, “mentioning Musk, who brought down the cost of the coin when he announced that he would not allow it as a payment to Tesla.

Even in his second successful company, Square, he opened an exclusive business unit for bitcoin, predicting that in 10 years this would be the only currency that would be used in the world.

This is how the life of Dorsey passes, the boy who still wakes up and immediately sends a message to his mother, who still lives in his native Saint Louis (Missouri, USA) and in April 2020 decided to donate 28% of his fortune to help to fight the Coronavirus, he stressed Vanity Fair.

“Once we have overcome this pandemic, the fund will focus on girls’ health and education and basic universal incomes. It will work in a transparent way, so that all its movements can be followed here ”, he said, hopeful for a better world.