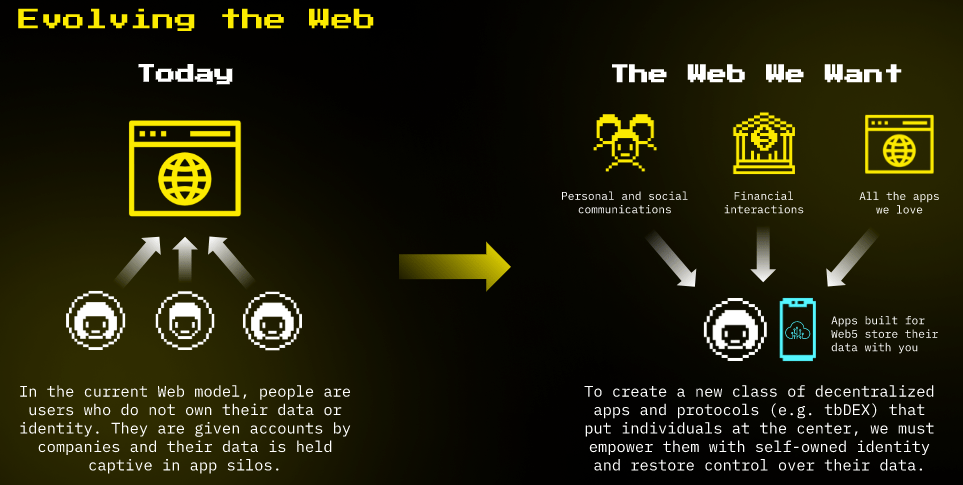 Block’s subsidiary, TBD, has announced plans to build a new decentralized website focused on Bitcoin (BTC), underscoring founder Jack Dorsey’s belief that the largest blockchain network will play a major role in the evolution of the internet.

The new project, called “web 5.0represents the latest Bitcoin-focused effort Dorsey has undertaken since ceased to be CEO of Twitter in November 2021.

While Web 3.0 incorporates Blockchain technology and tokenization to decentralize the Internet, Web 5.0 is conceived as an identity-based system that only uses one blockchain: Bitcoin. Twitter user Namcios detailed the concept of Web 5.0 in a series of tweets describing various software components that work together to improve the user experience and enable decentralized identity management.

According to Namcios, Web 5.0 uses ION, which they describe as a “Open, public, permissionless DID network running on top of the Bitcoin blockchain.”

This new decentralized web leverages #bitcoin to put users back in control of their data and identity – once and for all.

Here’s a thread with all you need to know… pic.twitter.com/TpW8OvuyKX

The Web 3.0 Foundation describes DIDs as decentralized identifiers that enable a “verifiable and decentralized digital identity”.

Web 5.0 is essentially a decentralized web platform, or DWP, that allows developers to build decentralized web applications through DIDs and decentralized nodes, according to the TBD prototype documents. Web 5.0 will also have a BTC-centric currency network, reflecting Dorsey’s belief that the digital asset will be will one day become the native currency of the Internet.

Dorsey’s motivation to pursue a new model of web development may stem from his belief that Web 3.0 will never achieve true decentralization. Block’s CEO has publicly criticized Web 3.0 and the venture capital community that supports its development. In December 2021, Dorsey tweeted that individuals do not own Web 3.0, but venture capital funds and their limited partners do. “He will never escape his incentives,” she said. “Ultimately, it’s a centralized entity with a different label.”

The VCs and their LPs do. It will never escape their incentives. It’s ultimately a centralized entity with a different label.

Know what you’re getting into…