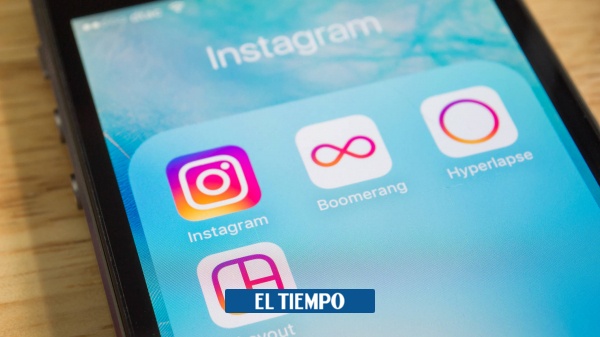 In the morning hours of this Thursday, September 2, the social network Instagram It started to report bugs. The access problem for several of its users would be occurring in different parts of the world, according to reports from Internet users.

(Also read: Telephone dialing has changed in the country; so are the callsigns).

Apparently the platform is down and Internet users have not been able to access even in their mobile devices nor on computers. In addition, the problems are affecting both Android and iPhone devices.

However, the company’s other applications, such as Facebook and WhatsApp, continue to function normally.

The hashtag #InstagramDown has started to be a trend on Twitter by users who have complained about what happened. In networks they have reported that they cannot search for other profiles, like publications or see stories.

The message will appear on your devices: “There was an error. Retry“.

According to the ‘Downdetector’ portal, which reports the servers that are down in the world, the failures would have started at 12 in the morning in Spain, country where the judgments are focused.

(Also: Twitter launches a ‘safe mode’ to curb hatred within the platform.)

At the moment, Instagram has not commented on the reported failures.

It should be remembered that this social network is owned by Facebook Inc, a conglomerate of social networks founded by millionaire Mark Zuckerberg. Its products also include other platforms such as WhatsApp, Oculus VR, Giphy and Mapillary.

Currently, Facebook It is one of the most valuable companies in the world.

So you can send WhatsApp voice notes from the Google Assistant

Get to know the new functions that Facebook Messenger will have