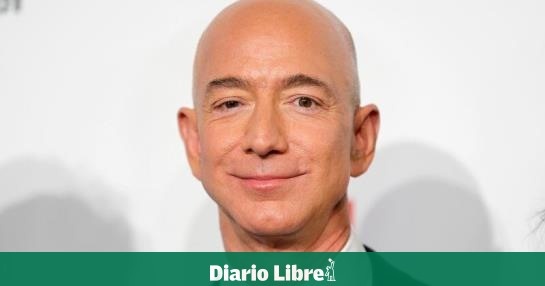 A few days ago the news spread that Jeff Bezos He was in Dominican territory. Speculation began after the flying fox, the supposed yacht of the CEO of Amazon, was seen off the coast of La Romana. However, it has already been clarified that it is not true that Bezos was in the country, since the aforementioned yacht is not owned by him.

The reason the boat has been attributed to the tycoon is because when the German yacht brand Lürssen started building it, he was allegedly seen on board. The issue is that the boat is available for rent, which means that he does not necessarily have to be the owner.

According to the Imperial Yachts portal, to rent this luxurious yacht for a week you must pay 3.5 million dollars. And it is not for less, because the boat is known as the Disneyland for adults and is listed as the fourteenth largest yacht in the world.

“The yacht has a beam of 21.5 meters and a draft of 5.1 meters, providing a large number of areas for leisure and entertainment. The accommodation has capacity for 25 guests distributed in 14 elegant double cabins with private bathroom, equipped with a crew of 54 experienced members to offer a 7-star service during the stay on board of the guests, they review on a yacht charter page in Ibiza.

This is the real Bezos yacht

You may not be the owner of the flying foxBut Bezos will soon have his own luxury yacht, which is being built in the Netherlands and is expected to take to the waters this summer. It will have nothing to envy the so-called Disneyland for adults, as it will be 127 meters long.

Valued at approximately $430 million, the Oceanco Y721 It already holds the title of the most expensive yacht in the world. Inspired by the Black Pearl, she will have another support yacht and her own helipad. A curious fact is that her sails will be so high that when she is finished, to leave Rotterdam (where it is being built), they will have to dismantle the iconic De Hef bridge, one of the symbols of the city, so that she can cross .

It’s not the Flying Fox! This is the real yacht of Jeff Bezos, the most expensive in the world