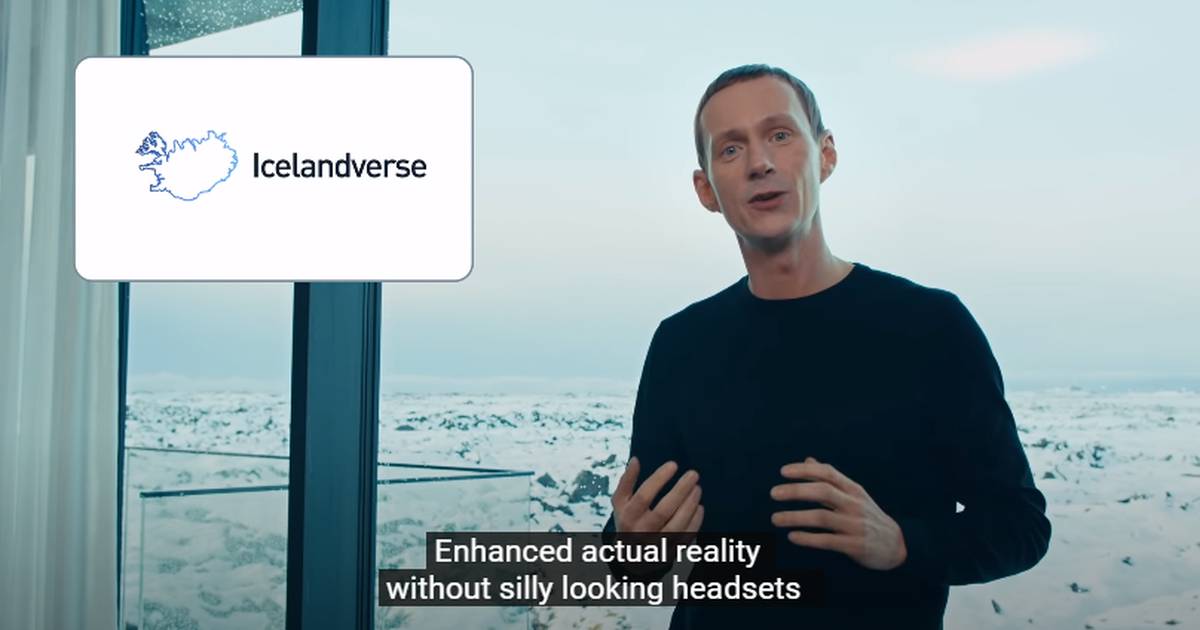 If Mark Zuckerberg wants to take us all to the Metaverse, Zack Mossbergsson prefers that we go to the Icelandverse, where there is a “real reality enhanced without silly-looking headphones”.

An Icelandic tourism board trolls the boss of Meta (the company formerly known as Facebook), pushing the beauties of his geographic reality above the virtual world of Zuckerberg.

Let us remember that the Metaverse of the old Facebook seeks to amalgamate games, studies and work, social relationships, in virtual reality. Companies like Nike and Disney are working on theirs, and Seoul, capital of South Korea, wants to strengthen its virtual version, the metaverse city.

But Icelanders don’t want to know anything about virtuality. Theirs is the “real reality”, as they define it.

Inspired by Iceland released a video of two minutes and 24 seconds, with a character that resembles Zuckerberg, blond, thin and short hair, with a youthful face. Dubbed Zack Mossbergsson, a self-described “visionary director,” he shows the immersive, open-world environment of Iceland.

From its northern lights to its volcanic landscape, with huge geysers and extraordinary fauna, with extraordinary landscapes, Iceland wants to ride the wave of the Metaverse to boost travel and get to know its nature.

Inspired by Iceland, the name of the platform tourism, is a public and private initiative that highlights Iceland and its products. It is governed by Business Iceland.

In it are Reyka Vodka, Icelandic Trademark Holding, Business Iceland, Visit Reykjavik, Icelandic Glacial, Icelandair and other companies and products.

Located between North America and Europe, Iceland is a country whose territory encompasses the island of that name and other smaller islands. Its capital is Reykjavik.

The nation has almost 350 thousand inhabitants, in an area of ​​103 thousand square kilometers, with one of the highest GDP in the world, its economy depending on the fishing industry, its hydroelectric and geothermal energy and, of course, on the tourism that Inspired by Iceland seeks to boost.

Enjoy the Inspired by Iceland video below.