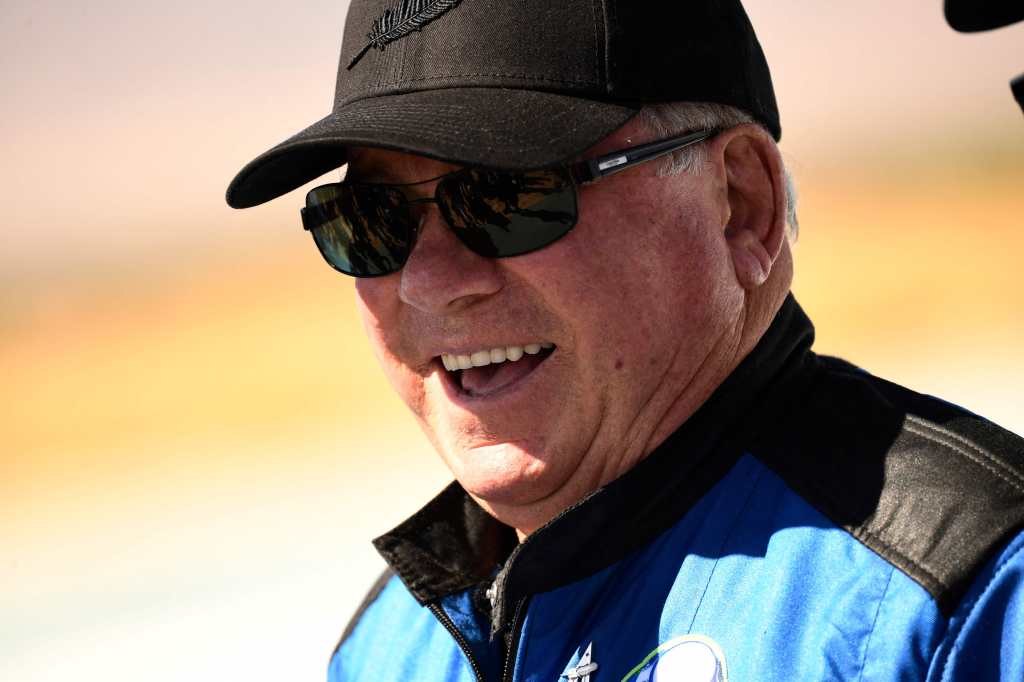 At the age of 90, the actor William Shatner, the mythical Captain Kirk in the science fiction series “Star Trek”, became the oldest person to travel to space on Wednesday, aboard the New Shepard rocket developed by the company Blue Origin by mogul Jeff Bezos.

It was only 10 minutes of space flight, but enough to move Shatner, who assured his return to Earth that it had been “the most profound experience” that he had ever imagined.

The actor, dressed in a blue jumpsuit like his fellow travelers, was accompanied on his space journey by three other astronauts, two men and a woman.

Before their departure on Wednesday, the space travelers were transported to the platform, in the middle of a desert area, in two vehicles, one of them driven by Bezos himself.

Smiling, the four crew members climbed into the capsule at the top of the rocket, which was launched at a speed three times faster than sound until it reached an altitude of about 100 kilometers.

The rocket thus crossed the imaginary line of Kármán, which in some scientific fields is accepted as the division between the atmosphere and outer space.

Shortly after, the lower part of the rocket returned to Earth, landing on the launch pad, while the capsule remained floating in space for a few minutes before descending aided by several gigantic parachutes.

As soon as the capsule touched down, Shatner tweeted a quote from Isaac Newton: “I don’t know what this may look like to the world, but to me it has been like a child playing on the seashore having fun now and then finding a softer pebble. or a shell more beautiful than the normal ones, while the great ocean of truth stretches undiscovered before my eyes ”.

“Everyone should do this”

Outside the capsule, Bezos was waiting for them, who greeted the space tourists one by one with a hug as they exited the capsule.

The second to come out was Shatner, who told Amazon’s founder and until recently CEO that this has been the “most profound” experience he has ever had.

“Everyone should do this,” said the Canadian actor, visibly moved. “Seeing the blue whip next to you and now you are looking at the darkness, is what happens.”

Through tears she detailed how she had looked down at that blue, with darkness above, and that she had wondered if there is death.

“Is this what death will be like? It has been so moving, this experience has been incredible, “said Shatner, who hopes to” never “recover from what he experienced this Wednesday.

In this way, the interpreter has reached space for the first time in real life, after doing it in fiction aboard the ship “Enterprise” in the series “Star Trek”, which aired its first episode in 1966 and lasted three seasons. .

The artist later re-embodied Captain Kirk in six films between 1979 and 1991.

This flight takes place after New Shepard, about 18.2 meters high, was tested 15 times without a crew, before making its first trip with people on board on July 20, in which Bezos himself participated, his brother Mark and two other companions.

The rocket is named after Alan Shepard, the first American to reach space in 1961 and one of the astronauts to walk on the Moon.

Specifically, two of them paid to go to space – Chris Boshuizen, co-founder of the nanosatellite company Planet Labs, and Glen de Vries, co-founder of a clinical research platform – while the third was Audrey Powers, vice president of Missions and Blue Origin Flight Operations.

The flight, initially scheduled for Tuesday, was postponed one day due to strong winds in the area where the launch pad was located.

The trip was a success.

CAPTAIN KIRK ARRIVED IN SPACE 🚀🌌
William Shatner, who gave life to Captain Kirk in Star Trek, arrived in space at the hands of Blue Origin, the company of billionaire Jeff Bezos. [https://t.co/iaF8oMREhK] pic.twitter.com/cjuZUcwnFa

Captain Kirk, your emotion is what we have felt in our childhood with each trip.
🖖 pic.twitter.com/PVvVCjJHjp