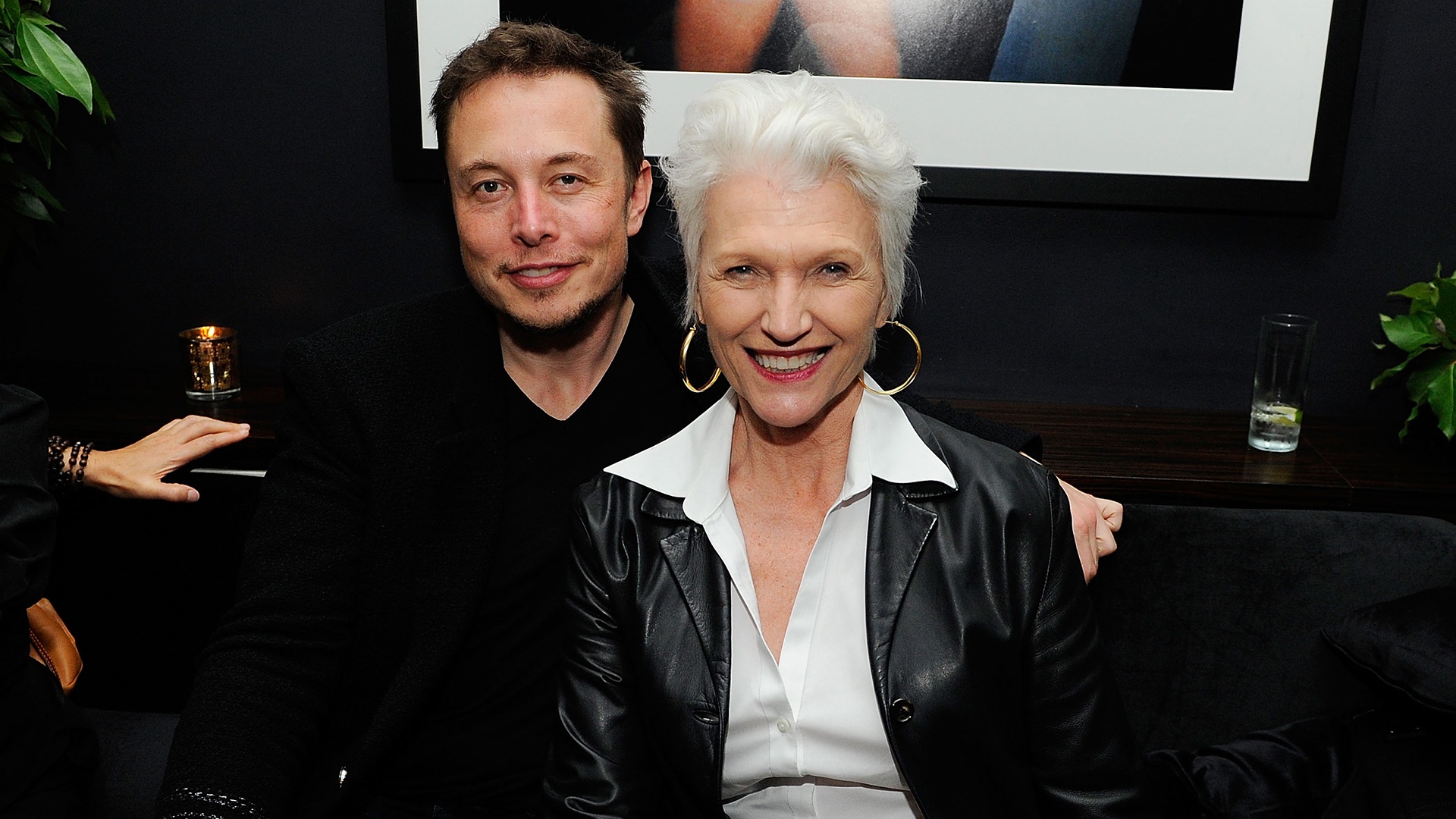 Elon Musk’s mother, Maye, said her son has been sharing investment advice with her since he was 14, in defense of the world’s richest man on his way to taking over Twitter.

The 74-year-old model said that more than 35 years ago Elon Musk asked her to buy shares in a company he “really believed in,” despite advice from a stockbroker friend who said the investment was a bad idea,” as reported by Business Insider.

Elon Musk’s mother shared the anecdote on Twitter after her son gave her some advice on choosing stocks.

The world’s richest man told his Twitter followers to buy shares of companies that make products they “believe in” and not to “panic” when the market did.

In this context, Maye Musk shared an example of the billionaire’s investment philosophy in action. The model herself said that in the 1980s she invested about 1,000 South African rand, equivalent to about 1,000 US dollars, in stocks that her son recommended. It was the most she was willing to lose in the stock, she said in her Twitter thread.

However, Elon Musk’s faith in the company soon paid off and the investment tripled, Maye Musk said. When the stock rose, the model said she “paniced” and sold her shares. 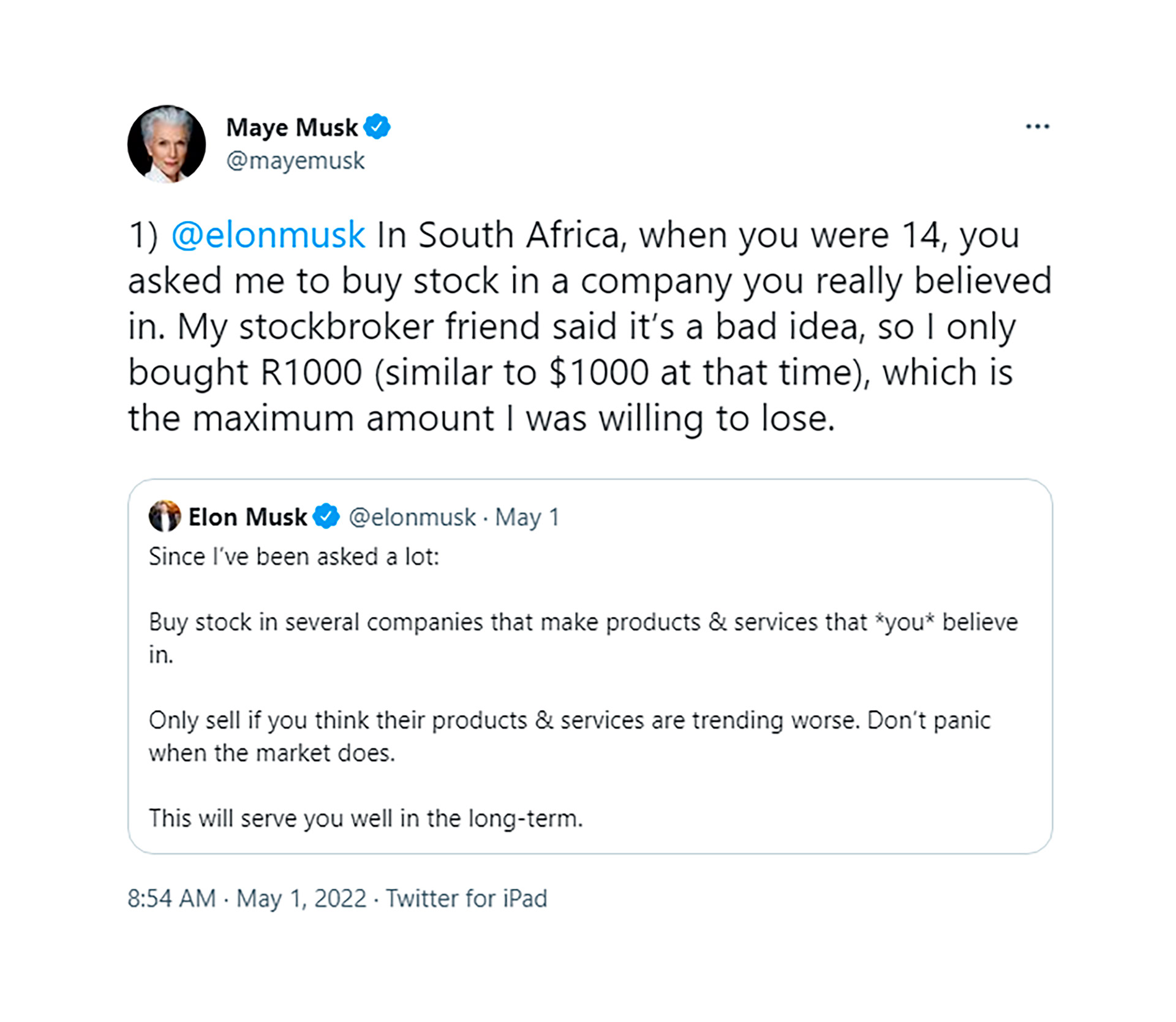 “Stocks continued to rise. You also found it unfair that I split the profits between you, @kimbal and @ToscaMusk.”

Elon Musk’s advice came just days after he sold Tesla shares valued at $8.5 billion, as part of the financing of his $44 billion purchase of Twitter.

Business Insider noted that “this is not the first time that the richest man in the world has shared investment advice.”

Earlier this year, Elon Musk said that it was “generally better to own physical things like a house or company shares than dollars” when inflation is high.

Maye Musk expanded on her investment experiences on Twitter: She said she bought her first share in 1969 for 100 South African rand and then put it in Elon’s name in 1971, when he was born. Those same actions helped the Tesla founder move from South Africa to Canada in 1989.

In a previous interview with Insider, Maye Musk noted that she helped her children grow up by encouraging them to pursue their individual interests. During his childhood, the founder of Tesla expressed a deep interest in books and computer programming. In April, Elon Musk said during a TED talk that his success has been largely driven by his desire to answer key questions about the meaning of life.

The model and mother of three wrote about her family as well as her first experience with the bag in her book “A Woman Makes a Plan.”

Millionaire investment: how the Argentine programming academy works, which only gets paid when the graduates get a job
The Government formalized its Livestock Plan with which it aspires to increase production and stimulate the export of meat
The expenses of Argentines who travel abroad grow: USD 450 million per month are already leaving

Intimate Elon Musk: what the richest man in the world advises his mother to invest in from the age of 14