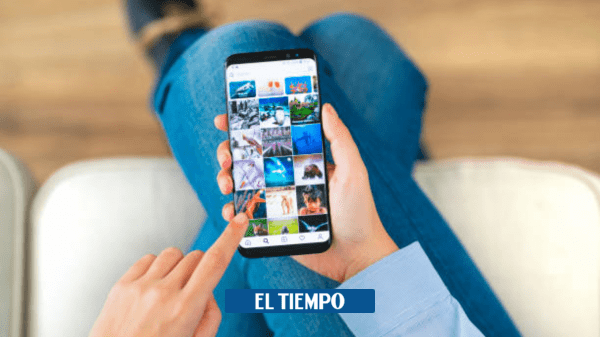 Although the public statements of Instagram minimize the impact that its application has on the mental health of users, the company is aware that being exposed to the content of the social network is ‘toxic’ for many people, especially for women youths.

Also read: The occasions when WhatsApp checks the messages of its users

This was revealed by an investigation published this week by the American economic newspaper The Wall Street Journal, and which was built from Facebook’s internal studies, the company that owns Instagram, to which the media had access.

This has generated multiple reactions in recent days, because although the negative impacts of Instagram have been studied for a long time, it is questionable that the company is aware of this and do not regulate it.

Read on: Samsung and Xiaomi tease Apple for the iPhone 13

The text of the American newspaper begins by exposing the case of Anastasia Vlasova, a teenager who began using the application at age 13 and ended up going to therapy and with a serious eating disorder.

The figures they teach indicate that Vlasova’s case is not the only one. In fact, it is an almost massive phenomenon. According to a slide posted inside Facebook, “32 percent of teenage girls say that when they feel bad about their bodies, Instagram makes them feel worse.”

Another strong piece of data revealed by the research is that among teenagers who say they have suicidal thoughts, “13 percent of British users and 6 percent of Americans” they link their “wish to commit suicide” with Instagram.

We recommend: Update your iPhone: you may be a victim of espionage

The situation is aggravated if one takes into account the number of young users that the application has, who are the ones that move its business. “More than 40 percent of Instagram users are 22 years old or younger, and about 22 million teens log on to Instagram in the US each day,” explains the Journal.

The reason that spending time on this social network affects the mental health of the young population in such severe ways is that create an imaginary of how life should be from what they see on the Instagram feed, and compare it to their own lives.

You can also read: iPhone 13 vs iPhone 12: what are the changes in the new cell phone?

“Comparisons on Instagram can change the way young women see and describe themselves”, As explained by the same Facebook reports.

The problem, according to Nick Knight (a doctor specializing in lifestyles) in a BBC investigation, is that the dynamics of social networks form a false idea of ​​spontaneity, that people share their life as it is, without interventions, and it is not taken into account that the most “successful” users they only share the positive and beautiful side of their lives.

That’s why aesthetics and happiness seem achievable, but frustration comes when real life shows that not everyone can have perfect lives and statuesque bodies.
And again, the company knows: Thanks to Facebook research done in 2020, the combination of “the trend of sharing only the best moments, the pressure to look perfect, and an addictive product can make teens become spiraling into eating disorders, an unhealthy sense of their own bodies and depression”.

As a result of the controversy that has been generated from the revelations of the Wall Street Journal, the company has reacted by explaining that it plans “to motivate its users not only to see content that promotes the archetype of the slim and athletic female body.”

“We are increasingly working on comparisons (of his body with that of others) and the negative image of the body,” Instagram said Tuesday through a statement issued in response to the article. He also said that he is thinking of different ways to react when he sees “That people focus on those kinds of images.”

“The article focuses on the findings of limited studies and presents them in a bad position,” said, in turn, Karina Newton, director of Public Relations of Instagram. However, he cautioned that it shows “a commitment to understanding these complex issues.”

It also points out that social media they are neither good nor bad in themselves, that its influence varies from day to day and does not necessarily encompass real-life social problems.

She hopes it helps to have an eventual incentive system to view content that “inspires and exalts” young users, and “changes that part of Instagram culture that is all about looks.” But, for now, it is an unlikely scenario.

And the thing is that the matter has been talking for a long time. In fact, in May, 44 US prosecutors sent a letter to Mark Zuckerberg (founder of Facebook) in which they argue that “there is a correlation between the use of social networks and increased psychological distress with suicidal behavior. among the young ”.

They also cited studies showing the harms of constant peer comparison, such as eating disorders, and asked Zuckerberg to abandon the idea to create a version of Instagram for children under 13 years.

In fact, the explanations that Zuckerberg has given during the summons that have been made to him in the United States Senate they have not satisfied the government of that country or the organizations that are concerned about the use of social networks and the regulation of their contents to mitigate their consequences.

“Facebook’s responses were so evasive, they didn’t even answer all of our questions,” Senator Richard Blumenthal said in an email, hinting that this attitude seemed to show that the company You may be hiding important information that you already know. This senator’s fear makes sense now, with The Wall Street Journal investigation.

“Facebook appears to be taking a page from Big Tobacco’s textbook: Targeting Teens with Potentially Dangerous Products While Masking Science in Public,” Senator Blumenthal said in the same message.

With information from AFP and ‘The Wall Street Journal’.