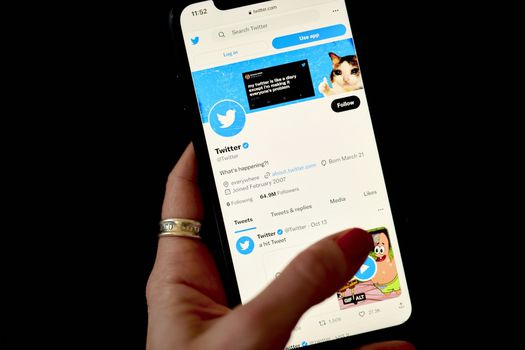 Twitter Inc. has suspended the $8 subscription program it launched earlier this week to combat a growing problem of users impersonating major brands.

Since the head of Tesla and SpaceX took over the reins of the company two weeks ago, the new era of Twitter seems to be measured in dog days: every 24 hours seems like 48 or 72 due to the amount of news, changes and tweets from Musk himself. . It all adds up to a kind of vortex of chaos that does not look good for the social network, nor for the millions of users who have nothing to do with bots, trolls or ghost accounts.

The changes in the way of labeling and distinguishing the accounts have been at the center of the hurricane that is Musk these days. One of the main modifications was Twitter Blue, a subscription that, among other advantages, gave users the blue mark that previously only organizations and public figures that had been previously verified obtained.

The billionaire also introduced a new label for government or major media accounts (grey, labeled “Official”), which he removed a few hours later.

But changes on Twitter these days are short-lived. Twitter Blue lasted only two days because Musk stopped access this Friday and also recovered the “Official” mark to distinguish some accounts from possible imposters.

Can read: The step by step of Twitter: from startup to Elon Musk’s new toy

It seems that the plan went wrong, so to speak, since profiles were detected that gained great notoriety by impersonating people like former President George W. Bush or the Chiquita banana company.

In other words, the launch was a wave of fake accounts. An account posing as Nintendo posted an image of Super Mario holding up his middle finger, and another impersonating drugmaker Eli Lilly & Co. tweeted that insulin was now free (the company had to issue an apology). A fake Tesla account even joked about the automaker’s safety record.

The ability to subscribe to Twitter Blue disappeared today in the United States for unverified users, although the company has not made any announcement. And according to an internal message seen by the Platformer technology website, the social network has chosen to stop the service and stop access to payment verification. A person familiar with the move who asked not to be identified told Bloomberg that subscribers will still have access to their account.

The haemorrhage of talent and chaos continues: the company lost its chief privacy, information security and compliance officers due to the resignation of the heads of these three departments, critical to the secure operation of the platform. All of this happened in less than 24 hours.

“I have made the difficult decision to leave Twitter,” security chief Lea Kissner tweeted on Thursday, a day after the chaotic rollout of new features introduced by Elon Musk.

With the departure of experts on these issues, the company’s ability to maintain safety and comply with regulatory standards is in doubt. It is worth remembering that Twitter is currently subject to a consent decree by the Federal Trade Commission (FTC) for breaches of security and privacy, if it fails to comply, it could receive millions in fines.

You may be interested in: What is the right to be forgotten and how does it work in Colombia?

The recent chaos has already prompted a warning from the FTC: “We are following recent developments on Twitter with deep concern… No CEO or company is above the law, and companies must follow our consent decrees.” The statement from the US authority in charge of supervising consumer safety refers to the social network’s previous commitments to obey US privacy regulations.

According to information obtained by TheVerge, In a message posted on Twitter’s Slack, a lawyer from the company’s privacy team noted that Musk’s only priority with users of the social network is “how to monetize them.” In addition, he said he heard Alex Spiro, head of legal affairs, say that Musk is willing to take a risk for the company and users because “Elon puts rockets in space, he’s not afraid of the FTC.”

In accordance with TheVerge, the attorney and another employee who asked not to be identified say Musk’s legal department is asking engineers to self-certify compliance with FTC rules and other privacy laws. In fact, the employee said that Twitter Blue did not take into account the normal privacy review.

Via email, Spiro told employees that they will not be held responsible if the company violates the FTC’s consent decree, as all responsibility rests with the company.

Musk, in his first speech to employees since buying the company for $44 billion, said bankruptcy was a possibility, according to data compiled by Bloomberg.

Along with all this, the company began laying off an estimated half of its 7,500-person workforce. The way to do it led the Washington Post personal finance columnist to headline “Elon Musk Just Showed Us How Not to Fire People.”

Read: Goodbye to Twitter? Many users are entering Mastodon after Musk’s announcements

Shortly after the mass layoffs began, the company had to recall several employees (there is no certain number, but some reports speak of hundreds) because it had mistakenly terminated their contract or because their functions were critical to maintaining the company. platform operation.

At some point throughout the storm, Musk tweeted: “Keep in mind that Twitter will be doing a lot of dumb things in the coming months. We will keep what works and change what doesn’t.”

👽👽👽 Are you already aware of the latest news from technology? We invite you to visit our section in El Espectador.

In the midst of the chaos on Twitter, the Ctrl + Z seems the best option