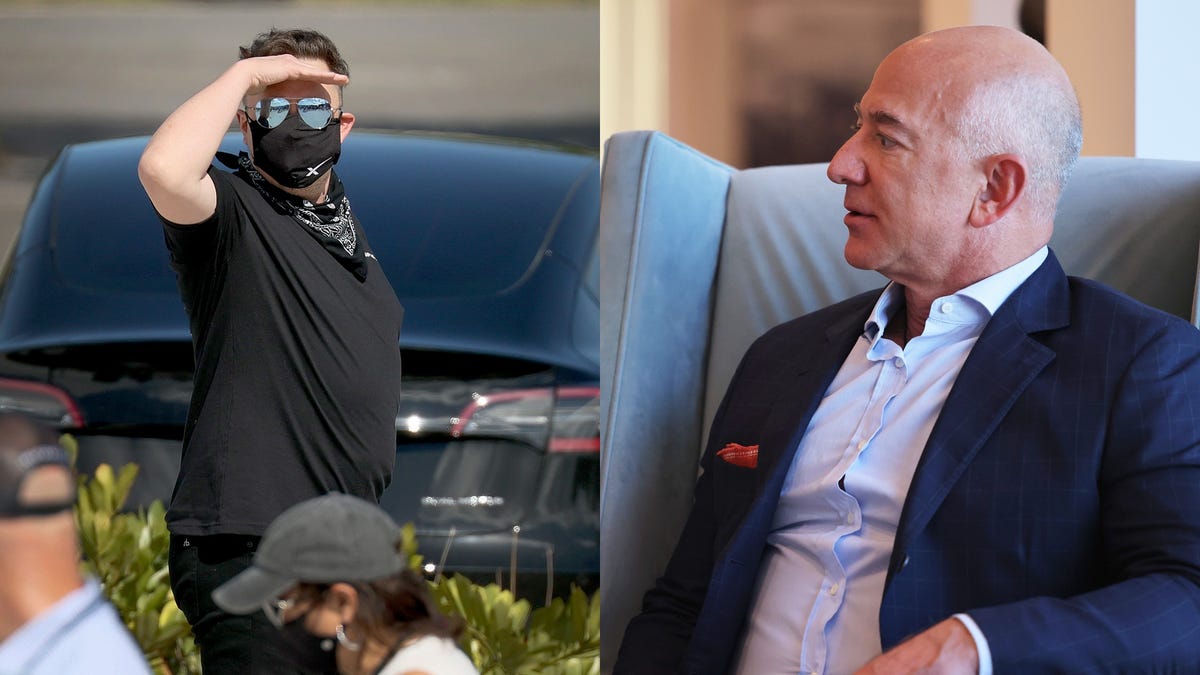 The match between Elon Musk and Jeff Bezos has reached new heights of embarrassment this week. In both directions.

On Tuesday, Musk again unseated Bezos on Forbes magazine’s list of billionaires, making him again in the richest man on the planet. The businessman’s estate is now worth an estimated $ 201 billion thanks to a rally in Tesla stock. Musk is the third person to amass a similar fortune after Jeff Bezos, founder of Amazon and Blue Origin, and Bernard Arnault, CEO of Louis Vuitton.

The thing is, Musk remembered Bezos when it came to celebrating his first job. On an email sent to Forbes, the CEO of Tesla and SpaceX wrote:

I am sending a giant statue of the number “2” to Jeffrey B., along with a silver medal.

Elon is known for his scathing (and often unfortunate) comments about other personalities and companies, but Jeff Bezos has a special “fondness” for him. Called it copycat when Blue Origin announced its own constellation of satellites, and made a joke that it did not get up (the rocket to Earth orbit) when Blue Origin protested to the US government for letting NASA exclusively choose SpaceX to develop the lunar lander for the Artemis missions.

Later, Blue Origin hired attorneys for Amazon and filed a lawsuit against NASA that stalled development of the program, which has made Elon Musk particularly aggressive against Bezos.

When push comes to shove, that schoolyard strategy seems to be working. Blue Origin’s public image has deteriorated to such an extent that the company has produced a 13 page PDF to show that SpaceX also has a long history of litigation against the US government. “It is difficult to reconcile that historical record with its recent position on others who have similar actions,” argued Blue Origin.

Musk was quick to reply that SpaceX demanded “to be able to compete, not to stop the competition.” And in a recent interview he added: “You can’t get to the moon with lawsuits, no matter how good your lawyers are.”