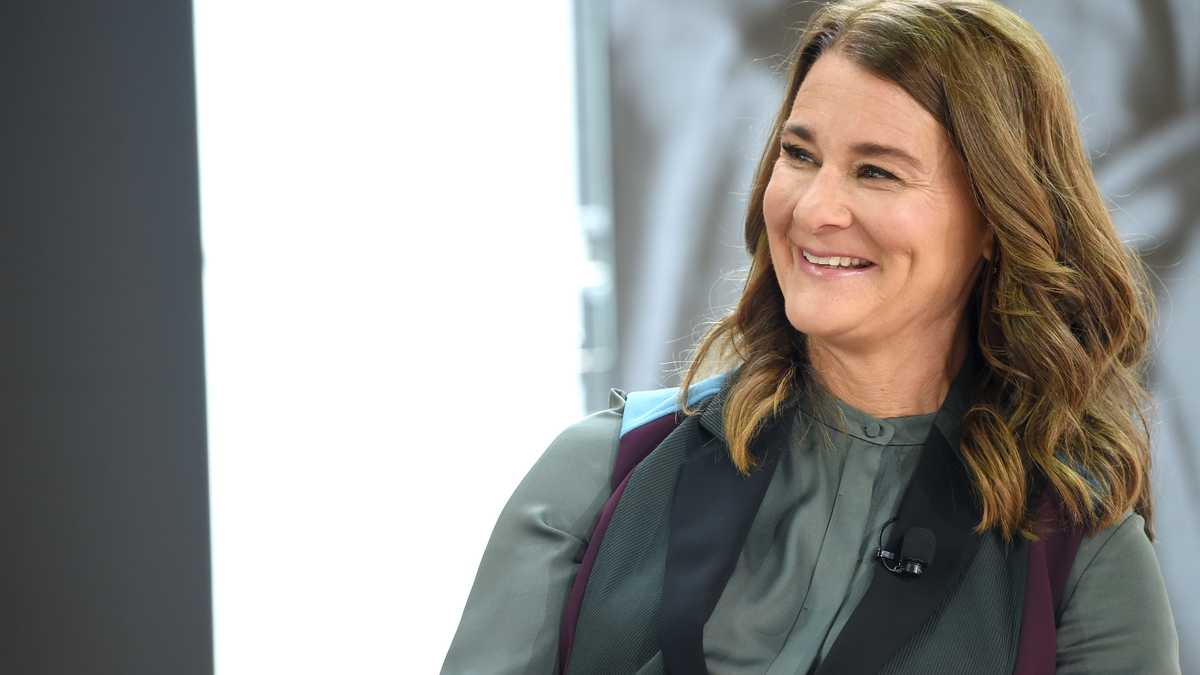 Bill and Melinda Gates have been together since 1994, when they got married. That marital relationship remained for 27 years until the divorce became official in May 2021. Also, during their union, the couple had a total of three children: Jennifer, 25, Rory, 23, and Phoebe, 19. They also founded the Bill and Melinda Gates Foundation together.

The 58-year-old computer scientist was open about her decision to leave her husband and opened up in an interview with the magazine fortunesaying that the covid-19 pandemic gave her the “privacy to do what she needed to do”. “It’s incredibly painful, in countless ways, but I had the privacy to get through it,” he said.

“So even though I could be crying at 9:00 a.m. and then have a video conference at 10:00 a.m. with the person I was leaving with, I had to introduce myself and do my best,” told about her roles with her ex-husband at the Bill and Melinda Gates Foundation, which she co-directs since 2000.

Her biggest concern throughout the separation process was to be able to protect her children from the media storm and the changes that divorce could bring to their lives; but now she is happy that both she and her ex-husband have been able to complete the entire process and can be at peace having “reached the other side.”

About her work in the foundation during the divorce, she said that she had shown herself that she could be a leader who can achieve anything she sets her mind to. However, the divorce was difficult, but her joint work with Bill Gates meant that the work could be an escape for both of them and soften the wounds of the separation process.

Regarding the reasons that pushed her to ask for a divorce, she said that Bill Gates’s infidelity with a Microsoft employee had nothing to do with it. “I certainly believe in forgiveness, so I thought we had worked on some of that,” he said in another recent interview.

“I gave every part of myself to this marriage. I was engaged from the day we got engaged to the day we parted ways,” she recounted. “It wasn’t a specific time or thing that happened. It just got to a point where there was enough there that I realized it wasn’t healthy and I couldn’t trust what we had.”

Finally, Melinda Gates has publicly criticized the meetings that Bill Gates had with the pedophile tycoon, Jeffrey Epstein. “I did not like that he had meetings with Jeffrey Epstein. I made it clear to him”he said, adding that he met Epstein once because “he wanted to see who he was”, but that from the first moment he regretted it and defined the late businessman as “abominable” and “evil personified”.

She also said that she had made it very clear to her husband what she thought of Epstein and that he continued to meet with him despite the fact that she had told him that she had nightmares about the businessman. But he said any other questions about Bill Gates and Jeffrey Epstein’s relationship have to be put to the Microsoft founder.

Bill Gates, for his part, described at the time that his meetings with Epstein were a big mistake. In a statement to CBS he said: “Meeting with Epstein was a mistake that I deeply regret. It was a substantial error of judgment.”

“I just couldn’t be in that marriage anymore”: Melinda Gates on divorce with Bill Gates

Bill Gates intimidates through the streets on top of this impressive car
Facebook already has its own tool to create images with AI, this is how Make-A-Scene works
They reject Elon Musk's request to delay his trial with Twitter