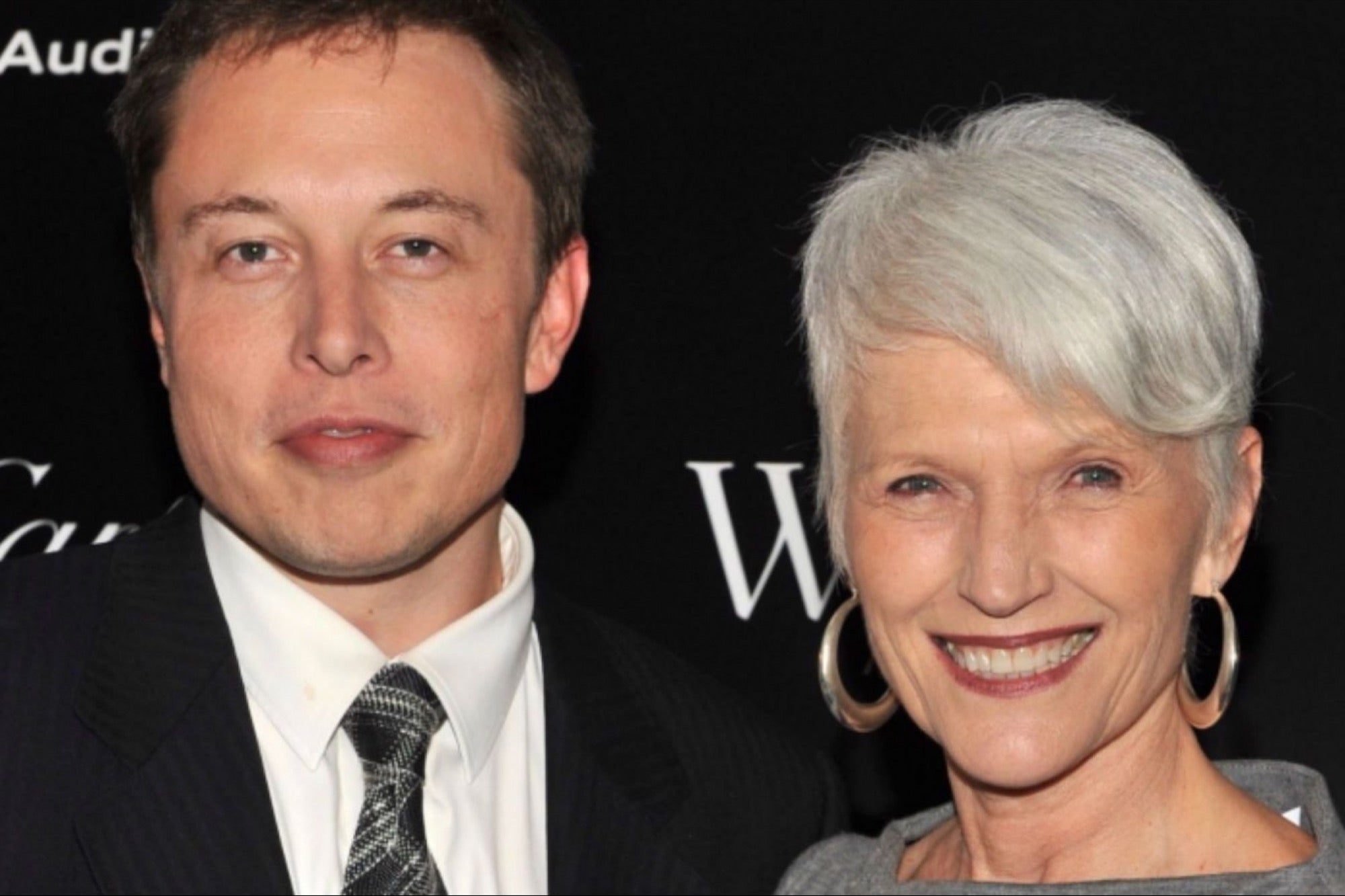 Maye Musk has the air from an artist from the Belle Epoque. Her bearing makes her look like one of those legendary Anna Wintour-style fashion magazine editors. No wonder, at 71 years old, she is a super model in every sense of the word, with millions of followers on social networks and a list of friends made up of the international jet set.

When the opportunity arose to talk with her about her participation in the INCmty2021, – the largest Spanish-speaking entrepreneurship festival-, I thought I would be dealing with an unreachable influencer. After all, it is mom from Elon Musk, the richest man on the planet. My surprise was capitalized to meet a very nice and candid woman about the darkest parts of her past.

The truth is that Maye Musk’s life at various times was far from being that of the glamorous influencer. Born in CanadaBut her family moved to South Africa when she was little. She started modeling at age 15 and while in high school she met a rich engineer named Errol Musk. Yet far from being a great love story, Maye spent most of her 20s trapped in a brutally abusive marriage, which, in her own words, robbed her of all hope.

“First of all I had an abusive marriage. Not many knew it because women do not talk about it and maybe we should. I hope that today we are doing it more,” he said in an interview for Entrepreneur in Spanish.

According to a report by Harper’s BazarThat marriage that began in 1970 was a continuous physical and mental abuse. But separating was not an option since at that time the divorce laws in South Africa did not consider domestic abuse as a sufficient cause.

When Maye turned 31 – and once her country’s marriage laws changed – she decided she had to fight for her children. He took his little ones: Elon, today CEO of Tesla and SpaceX; Kimbal, organic food magnate, and Tosca, producer and film director, and fled to try to rebuild her life. Something that took him more than 10 years and passed through eight cities in three countries and two different continents. 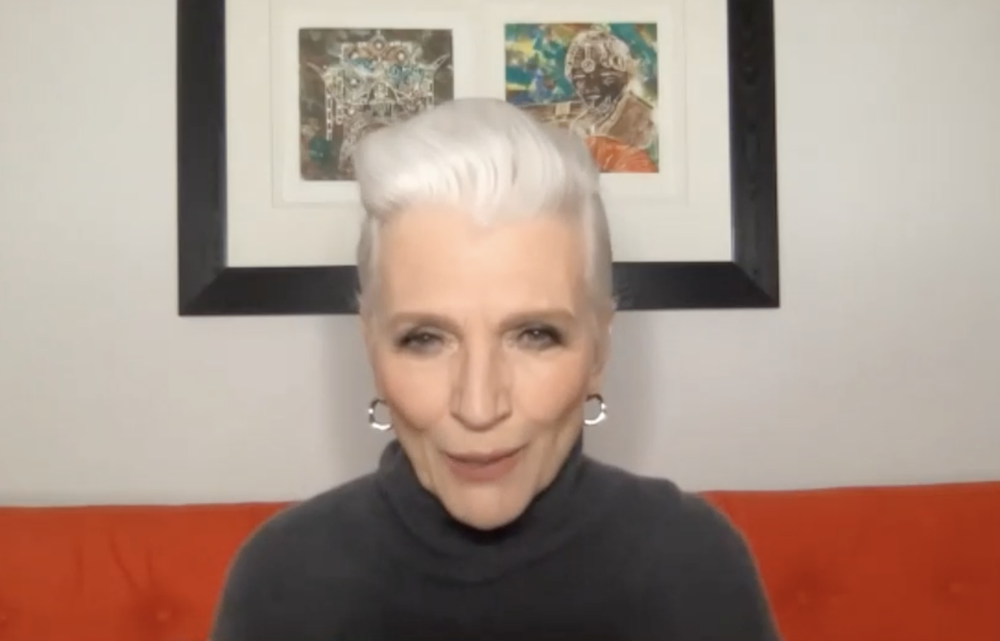 Life was not easy. “My goal every day was to find how to feed my children,” she told me when I asked her how she found the strength back then to get up to face the world. She recalled that when she moved into her first apartment in Toronto – where she finally settled – it took her and her children three weeks to make the dilapidated place habitable.

“My children and I spent three weeks making our little apartment in Toronto a livable place, because we couldn’t buy furniture. But we were happy because my ex-husband could no longer sue me in another country. That was a tremendous relief. If you start a very bad point, everything from there it can be a benefit. “

At that time Maye had until five jobs at the same time to bring the bread to the table. She began to develop as a dietitian, but was also a school teacher, worked as a model, and sought to become known through a private practice. In the meantime, she was trying to raise her children to be independent and to pursue their dreams (I think we can say she succeeded). In that sense, Maye Musk’s story is one of constant reinvention. She faced health problems by being a model with a different body and story than what agencies were asking for in the 90s and in fact, she had her first runway in any form. up to 61 years.

Musk recounts all these experiences in his book best-seller “A Woman Makes a Plan: Advice for a Lifetime of Adventure, Beauty, and Success”, where he details that luck is actually the result of hard work, that the success of a family is in letting the people you love follow their own path and that adventure comes when you understand that you can have the life you want, at any age , as long as you make a plan of what you want to achieve.

During your participation in the INCmty, Musk talked about how to rebuild after living a deep crisis. When I asked her where we could find the strength to start over – taking into account everything we’ve experienced in the last two years – the super model replied that even though you will find rejection, there are always men and women who will be willing to support you.

“You have to work with them, not with the people who think you are less. You have to get away from there to be with the people who will give a boost to your way of thinking, to your goals. I did not do it enough in my life. And that’s why I suffered so much. For example, my twin sister and my brothers read my book and asked me why I didn’t approach them when I was experiencing domestic violence, “recalled Maye Musk. “I did not have the notion of going to someone for support because I always felt independent. I am still independent and that is good [risas]But you have to reach out to people to ask for help when you need it. ”

Of course, the name “Musk” today carries a very different weight. But at the time, Maye faced very real and surprisingly identifiable struggles for millions of women around the world: eating disorders, age discrimination (she was not a Covergirl until she was 69), being a single mother of three children with unique passions when she was just I was 31, etc. With that scenario, anyone could have “thrown in the towel.” Not Maye Musk, who during our conversation assured me that she had to convince herself every day to keep fighting.

“When I fled from that relationship, I had no money, but I did have three children. I no longer had insults and continuous anger around me. Maybe we couldn’t go out to eat or go to the movies, but I could take them to public school. I didn’t have any more. the total hopelessness that lived in my marriage. There was no happiness there no chance of happiness. Now I had a choice to keep fighting and my only goal was to earn enough to feed my children and have a roof over us. “

Musk commented during our talk that after her divorce she faced ongoing lawsuits from her ex-husband and while she was still terrified of him, at least she no longer had him for 24 continuous hours. With this in mind, I asked him if the last 30 years have left him with any life lessons or mantras. She very emphatically told me that “if you are in a bad situation in your personal or professional life, you must make a plan to get out of it”, as it is the first step to regain hope. “You need to make a plan for a change every day. It’s scary, but little by little you can regain your confidence by working to survive.”

Of course, saying this with a three-decade perspective (and a billionaire son) may seem straightforward. But it is precisely that experience that has helped Maye Musk to constantly reinvent herself, survive against all naysayers, and advance her family’s dreams. What would the current Maye say to the penniless single mother who was in her past?

“It’s been 40 years since I got divorced, can you believe it? When I was nice to people who were rude to me I thought I could change them, but it really wasn’t like that. They wanted to feel powerful and treat us badly, so we had to get away from that situation. Yes You can feel lonely, but that is better than being mentally or physically abused. “

At the end of our conversation, it seemed to me that Maye Musk is a woman who has made the passes with her past and now wears it as a war medal. Remember the dark corners of your story with the smile of someone who knows that all the effort and tears have been worth it. And on how to achieve genius children, Maye Musk gave a simple, but powerful message during her presentation at INCmty2021: “Let them grow in their own way and maybe later they will take you into space.”

How to find the strength to be reborn and fulfill your dreams, according to Maye Musk