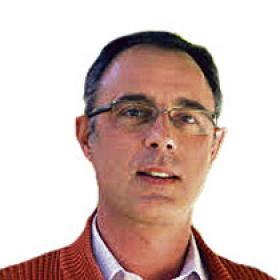 This weekend I saw the documentary ‘Becoming Warren Buffet’ that brings us closer to the more personal side of this great investor, one of the richest people in the world, an important philanthropist and the largest shareholder and president of Berkshire Hathaway. With a fortune valued at 87,000 million dollars, a few years ago he announced his plan to donate 99% of it to the Bill and Melinda Gates Foundation.

He was born in 1930 and is known as the ‘Oracle of Omaha’. And there he lives on. He recognizes the great impact of studying at Columbia Business School with Benjamin Graham, the father of the value investing philosophy: “If you buy value over time it will pay off.” His first rule is: “Never lose money.” The second: “Never forget rule number one.”

Perhaps the two concepts that best define it are “circle of competence” and “focus”. The first refers to what he is good at: “I focus there and I don’t care about the rest.” But what is he good at ?: Analyzing people and businesses. “I spend a lot of time a day reading, about six hours, and thinking, especially in business.” On one occasion he spent a weekend with Bill Gates – hence the friendship – and they both asked him what was the word that had helped them the most: they agreed to say “focus”, concentration.

For him, work is fun. and recommends that young people “look for the job they would do if they didn’t need to work. Life will be wonderful. You will jump up every day because you will be looking forward to starting the day. I’ve been doing it for sixty years and I go tap dancing at work, because I love what I do and I feel lucky.

The annual meetings with its shareholders are known where 40,000 people meet and put a face to its investors. In addition to reading a report of his investments and his philosophy, which we all look forward to, they have a good time and he talks about the importance of ‘compound interest’ and time: ‘The important thing to make money is time; You don’t have to be especially clever, but patient. Another of the slogans he uses is ethics: “We have done well to have ethics.” Although he has always been suspicious of investment banks, he invested in Salomon Brothers and took over at a difficult time, saving the jobs of 8,000 people. A person who does not use a calculator or a computer and is worth knowing.