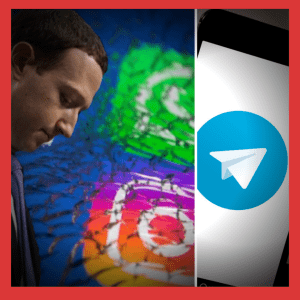 The technological event that affected more than 50% of the world population, last Monday, October 4, left several curious and interesting data. How much did Mark Zuckerberg lose with the fall of Facebook, Instagram and WhatsApp? How much did the other networks earn?

Before the technological failure began, Zuckerberg’s company that owns Facebook, Instagram and WhatsApp, was already going through a controversy related to the disclosures of documents that a former employee gave, and that were disclosed by the United States press. The controversy continued with the technological collapse that occurred on October 4, so financial analyzes estimate that Mark Zuckerberg lost almost $ 6 billion in the more than 6 hours that the failure of the three most important social networks lasted. Facebook, for example, had a fall of almost 5% in the value of its shares, so Zuckerberg’s fortune, according to ‘Bloomberg’, ended the day at 121.6 billion dollars.

As a curious fact, Zuckerberg’s company has had a cumulative loss of 15% on the stock market since mid-September due to the publication of the “Facebook files” revealed by the former employee.

Although the fortune of the 37-year-old businessman is calculated apart from the fortunes generated by his companies and applications, ‘Fortune’ indicates that the company that Facebook, Instagram and WhatsApp are part of, lost 99.75 million dollars in revenue, mainly for the number of hours they were inactive without launching the advertising that they already had engaged with the thousands of customers who promote on these social networks. Despite this monetary loss, which for many is excessive, for this giant technology company it does not represent a big problem.

Such is the case, that on Tuesday, October 5, during the course of the day, Mark Zuckerberg recovered almost 2,400 million dollars, a fact that made his “finances” recover; but an income that was not enough to get back into the top 5 of ‘Forbes’ as one of the richest in the world.

On the other hand, after the fall of WhatsApp many migrated to ‘Telegram’, and it was Pavel Durov, one of the founders, who gave the figure of all the new users that added the messaging platform: “We welcome 70 million of refugees from other platforms in a single day ”, added to this he added that the technical team had to make a great effort to receive all the users who arrived without the service presenting interruptions. The founder of ‘Telegram’ closed his message saying: “Welcome to Telegram, we will not fail you.”