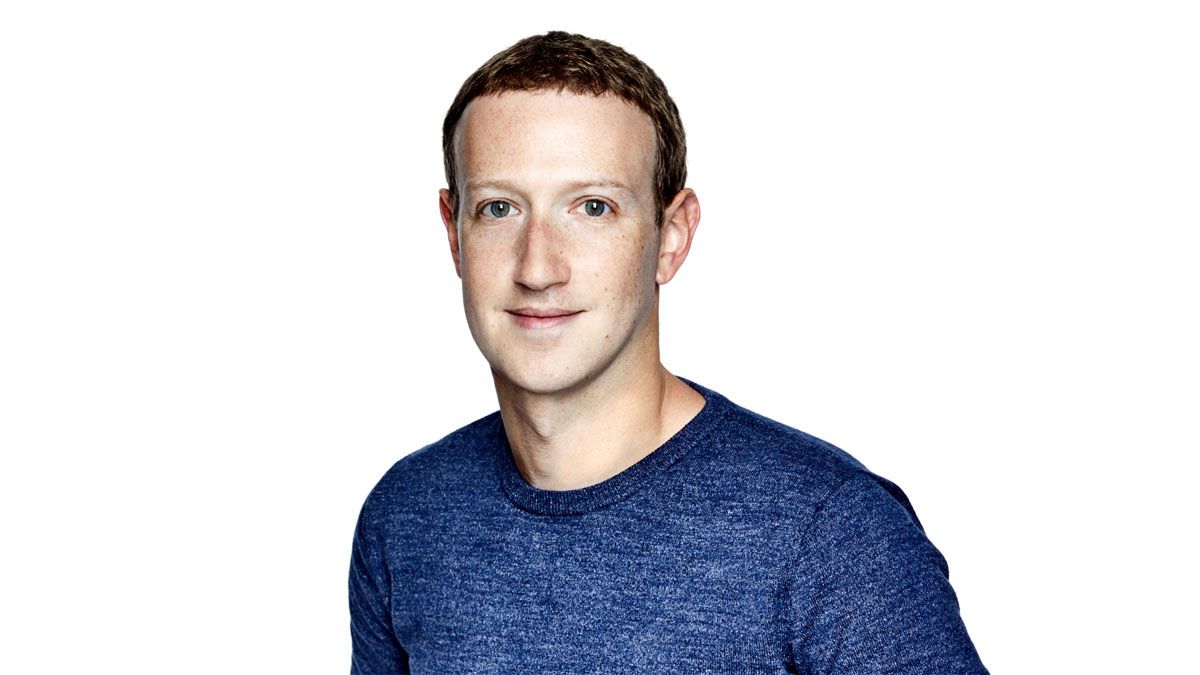 Thus arose Facemash, but success and trouble came together. The primitive social network became a sort of catalog for students – especially women – thinking of appointments or personal contacts. But the problem was that the photos and profiles of two girls were presented and the students “voted” or rated them.

The topic reached the Harvard High Council, who summoned him to a hearing with a serious charge. Hack the university data network to disclose private aspects of students without any authorization.

But Zuckerberg didn’t stop there despite that research at the highest level of the University. He was only 19 years old when a group of upper-class classmates contacted him with an idea: to unite students in an interuniversity network. Young Mark was not interested.

But it was not true. He met his friends, including Brazilian Eduardo Saverin, Andrew Mc Collum, Dustin Moskovitz, and Chris Hughes. He asked Severin for the algorithm to access the databases and thus create his own network of interrelation between the students.

In 2004 the official version of Facebook . The revolution was on.

Facebook in 2004. The first screens to register and enter the network that was going to revolutionize relationships between people around the world. (Photo: File)

From Facemash to Facebook, something more than a change of letters

At one month of life, the 50% of students from Harvard they were already registered. At that time, ‘The Facebook‘manages to replicate its contact base in other elite North American universities: Yale, Columbia and Stanford. Interest grew considerably and by the end of 2004, the social network was open to almost all universities in the US and Canada. Had reached the figure of one million users.

For the year 2005, Facebook I already had around 6 million active users monthly. 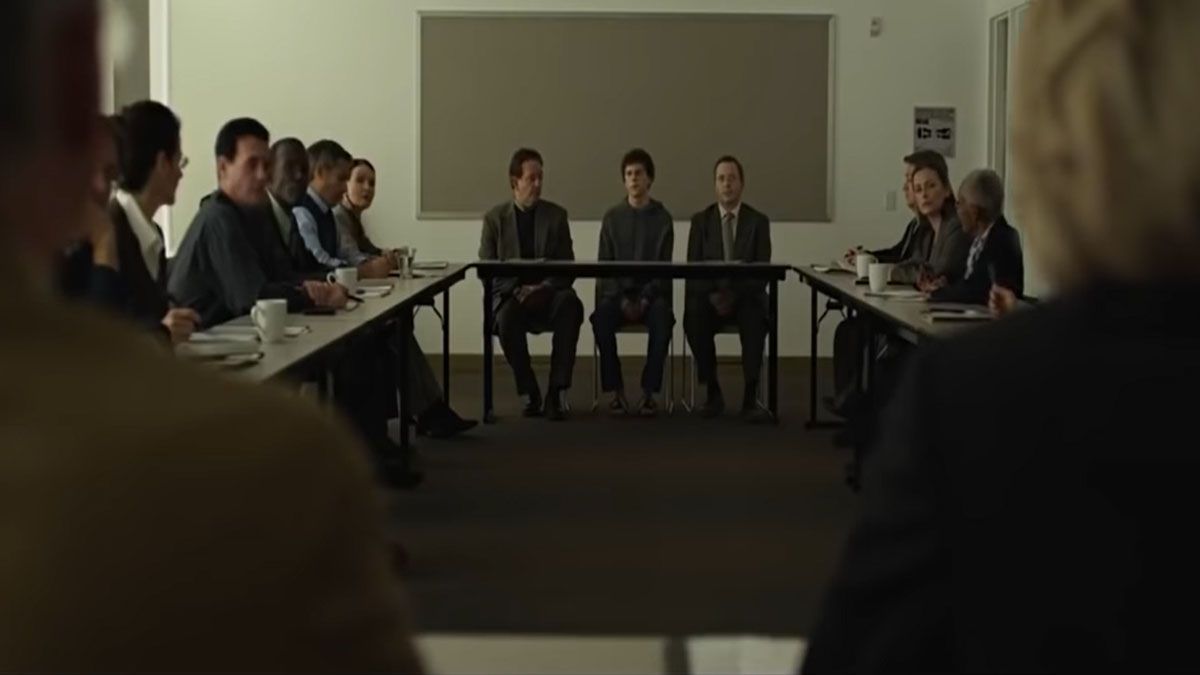 Zuckerberg created “Facebook” at Harvard University. But already there he had to face committees for accusations of data manipulation, hacking and theft of ideas (Photo: Frame of the film “The social network”)

Three Harvard students denounced him for theft of the idea. They were the ones who told him to do something that later, without them, Zuckerberg materialized it on “Facebook” (He lost the article “The” with which he came up). Despite having a lawyer, the most implacable defense was made by himself Zuckerberg. He defended that there was no plagiarism or theft. Mark never signed any pledges with the other students. Therefore, he stole nothing from them and owed them nothing.

The investigation never reached a verdict. Zuckerberg I could continue growing at the command of Facebook.

The introduction of the thumbs-up, the “like” signal triggered Facebook messages and the network itself all over the world. (Photo: File)

On February 9, 2009 a gesture “kind” it had an extraordinary effect. The messages could be positively valued by those who saw it. The addition of this sign of approval, thumb up (“I like it“) was a boom. It triggered the importance of users’ favorite messages and with them, the diffusion of Facebook.

Today the network has about 2,700 million users. 70% are outside the United States. But Mark has new projects for his “flagship”, about which we will return.

From the success of Facebook, Zuckerberg began to diversify its area of ​​action. Always within computing, communications and social networks. Everything, through the web. Thus he was acquiring a series of companies that are used daily by billions of people. Zuckerberg has a guiding idea for starting his business and continuing to grow:

“If it can be useful, or a competition, buy it”

When elements of the competition prove to be globally effective and accepted, you don’t hesitate. Use part of your profits to buy it.

Thus among the companies of his empire are:

In addition, to each of them, as other apps create new resources, he incorporates them quickly. Like the ability to speed up audio messages in Whatsapp or modify the criteria for handling the receipt of data and make it known that a message was received or remain unknown.

Even with ups and downs, the fortune of Zuckerberg is increasing. In 2010, Time magazine named him “Person of the Year.”

In 2018, Forbes magazine included him in the ranking of the richest people on the planet. At just 34 years old, he became the youngest ever to appear on that select list. In 2021, his fortune is estimated at $ 97 billion.

Mark Zuckerberg is the fifth richest person on the planet for Forbes magazine (Photo: Forbes Magazine)

It goes without saying, but for the publication “Who Rules de World” it is in ninth place, in a list headed by Larry Page, co-founder of Google, followed by Joe Biden, the president. North American

The other side of Zuckerberg

His fame has always brought him inconvenience. That go back as we saw from the very creation of Facebook. But the incident of Cambridge Analytica It was a very strong blow to its credibility and profitability.

In 2018, an investigation by the New York Times, next to The Guardian and to The Observer revealed that that company was exploiting the personal information of users of Facebook. Cambridge Analytica, a worldwide consultancy, was accused of using information from millions of users, violating the policies of use of the social network. Especially for the electoral campaign of the United States, in 2016 in which Donald Trump.

Zuckerberg declared himself oblivious to this data traffic, but had to publicly acknowledge failures in the systems to protect sensitive data of users of Facebook. The company’s shares plummeted in Wall Street.

In addition, the company had to pay US$5.000 million to Federal Trade Commission (FTC) as a fine in exchange for the investigation not being directly against its owner.

Marck Zuckerberg before a commission of the US Congress accused of monopoly and sale of confidential user data (Photo: File)

Investigated by the North American Congress

Mark Zuckerberg distanced himself from politics and especially from the messages of Donald Trump by Twitter. The company of Jack Dorsey it even censored several of its contents as violent.

But Marck Zuckerberg had to appear before a congressional investigative committee. Suspected of practically exercising a monopoly of user information over the networks.

In April 2018, he declared before the commission of the United States Congress and denied the handling of user information as well as having a monopolistic position.

Recently, in 2021, when there was a global Facebook blackout, he again had to explain. “Facebook did not privilege profit to the detriment of security”, expressed through social networks.

Together with his wife, Priscilla Chan, whom he met at Harvard (Photo: file)

This October 2021, he launched two challenges at the same time. On the one hand, he announced the investment of US$ 50 million initially for the development of “Metaverse”, word that combines in english “meta” (or beyond) and “Universe” (universe). It is about achieving a “inclusive virtual reality”. A parallel world in which we interact over the internet but for “real” and not as part of the games used on consoles.

We, turned into avatars, but we may even be liable before the law for crimes that we comment on in that “other dimension.”

Of course, concerns have already arisen about privacy, access to personal data and who could, eventually, be the judge for the conduct of our “avatars”. Again, the fear that Zuckerberg become, this time yes, the “Big Brother” anticipated by George Orwell let him know everything and control everything.

At the same time he ventured an imminent change of Facebook. Not its end but quite the opposite, an evolution to be the company that sets the course in that future at your fingertips. As surprising as it is challenging and dangerous.