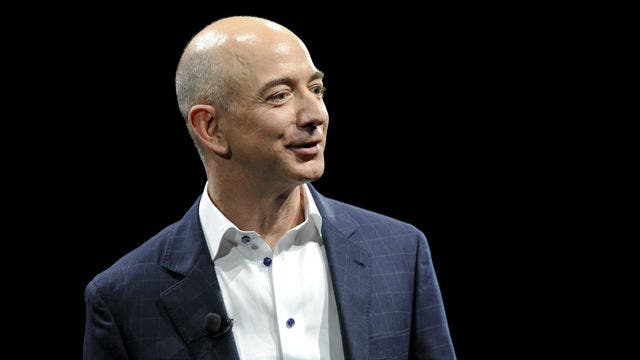 The pandemic combined perfectly with the digital universe and people’s lives also underwent changes in interpersonal ways of relating and even in working methods. The digitalization that the pandemic triggered enriched many aspects of the cyber ecosystem and favored many companies, investors in crypto assets, and more enthusiasts of the medium.

Logically, the great tycoons of technology and the digital ecosystem were not left without these benefits, but time passed and this year, with the world regularizing itself and the market reeling due to the abrupt fall of cryptocurrencies, even the most powerful see how their coffers are emptied.

Such is the case of Jeff Bezosthe founder and CEO of Amazon, who would have lost 65.3 billion dollars so far in 2022according to Business Insider.

Happens that on May 10, Amazon shares fell 40 percent since peaking at $3,773.08 on July 13, 2021. Previously values ​​had declined 11 percent at the end of Aprilwhen the online sales colossus published its quarterly summary that revealed the first loss in seven yearswhich gave signs that the rise of the pandemic was ending.

mark zuckerbergthe founder of Facebook and currently executive director of Meta, already lost $64.4 billion, according to what the magazine reports. This is explained with drop in your company’s share price of more than 40% since November 2021, the multi-platform company enacted a hiring freeze after it begins to expand rapidly during the most restrictive times of the pandemic.

Read more: Facebook: the reasons behind the first drop in active users

Finally we must mention the richest person on the planet. Elon Muskthe leader of Tesla, SpaceX, flaming owner of Twitter, Neuralink and more companies has been the most affected of the trio, with losses that would reach 73.2 billion dollars.

The net worth of the multi-millionaire reached its peak in November 2021 of $304 billion to fall to $201 billion last month, the trend continues, with the latest estimate putting his estate at $197.1 billion. Once again the loss of value is explained by the fall in the share price of Tesla, its most important company in the market.

Musk, Bezos and Zuckerberg sleep peacefully because they know that despite having lost these enormous sums of money, they are still one of the few billionaires in the world. According to the Bloomberg index, their current values ​​are USD 197.1 billion, USD 127 billion and USD 61 billion respectively.

However, it is surprising to see the figure reached by the losses of the three billionaires combined, they exceed 200,000 million dollars, just under half of Argentina’s GDP.

How many billions of dollars did Elon Musk, Jeff Bezos and Mark Zuckerberg lose?