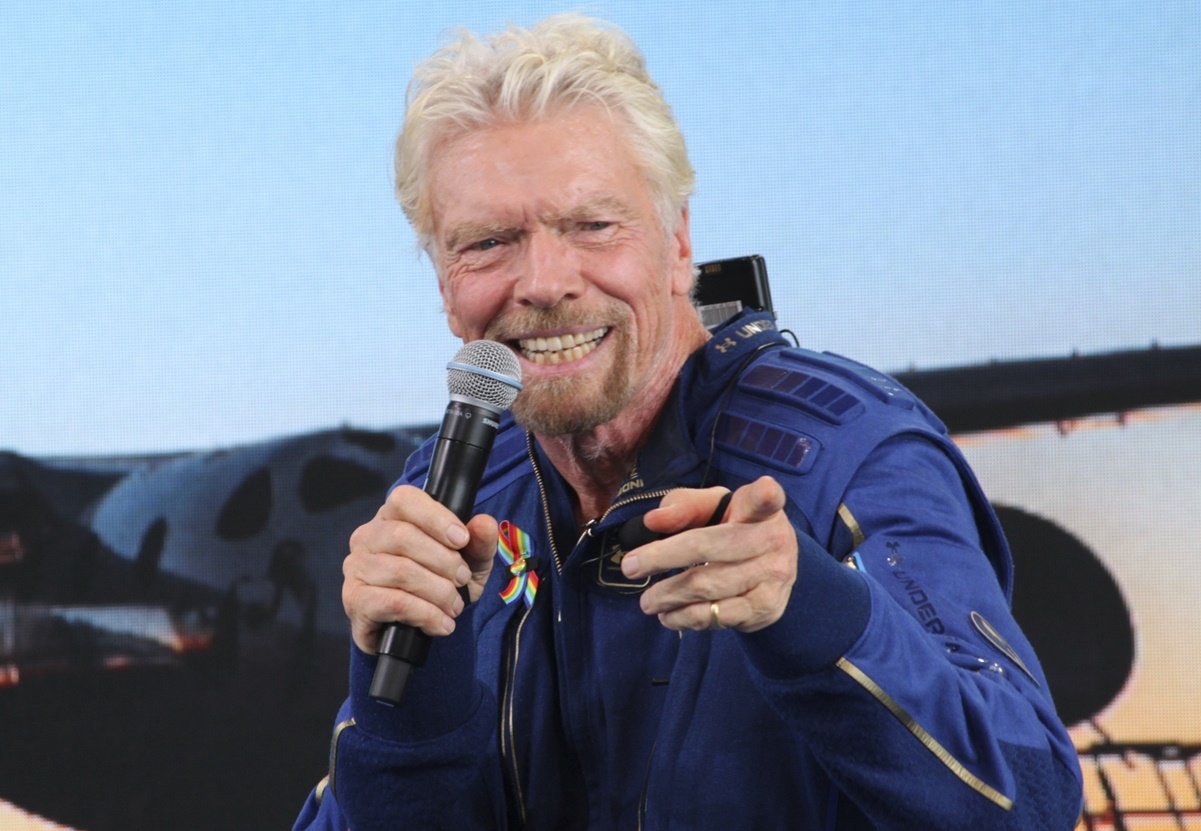 Richard Branson, business owner Virgin, met one of his great challenges when he starred in a trip to the limit of the outer space, on July 11. However, this mission became a controversial issue, after the Federal Aviation Administration (FAA), of USA, revealed that the flight deviated from its original trajectory, generating suspicion and mistrust in the US air regulator.

Today, Branson and his spacial tourism They are banned from flights to space, but how long did it take for the billionaire to materialize a trip out of orbit? Here we tell you the story.

Despite the fact that the first flight of the manned suborbital flight company, “Virgin Galactic“It happened last July. It was since 2004, when Branson founded this consortium. In September of that same year, the English businessman declared – in the Royal Aeronautical Society from London– that the first commercial flights would take place in 2008 and detailed that the tickets would cost between $ 200,000. But those plans were delayed for 13 years longer than expected. The tickets, in turn, increased $ 50,000, 25% more than the original price.

Branson in 2003, along with a screening of one of the “Virgin Atlantic” airships. Photo: AP, file

At that time, Branson revealed that each trip was contemplated for the presence of five tourists, it would also have a duration of between two and three hours. Before boarding, the female and male travelers would take part in flight training for three days, a preparatory course that would be included in the cost of the ticket.

“We hope to create thousands of astronauts in the next few years and realize their dream of seeing the majestic beauty of our planet from above, the stars in all their splendor, and the amazing feeling of weightlessness,” Branson said 17 years ago.

The multimillionaire’s quest was to achieve increasingly affordable space trips, so that a greater number of the population could be part of the experience, for which he indicated that he intended that the money collected -in the first part of the business- will be reinvested to reduce the cost of seats.

Branson and the Virgin Galactic technical team, together with one of their ships, in 2016. Photo: EFE, archive

In 2011, the company opened the headquarters of “Spaceport America“, on New Mexico, but it was not until 2019 when activities began, which consisted -mainly- in carrying out flight tests, since in 2014 a serious accident prevented the continuity of the project: an error by one of the two pilots, in charge of takeoff, caused the disintegration of the ship while it was in operation.

“Virgin Galactic created a spaceship and crossed the border twice, but never with paying customers, even though 600 people – including Hollywood stars – signed up for the program,” the AFP news agency reported. Although the space flight company expected to launch space tourism in 2020, for which it raised hundreds of millions of dollars, it had to wait – again – a little more than a year.

The expression “Space Baron“has its origins in the XIX century. During this time, the magnates took advantage of the backing of the federal government, which granted lands and provided them with military protection, for the expansion of private rail networks.

Read also: Why should the passage of astronauts on Mars not exceed four years? Scientists explain it

These events were remembered throughout the struggle of Elon Musk, Jeff Bezos and Richard Branson for privatizing space travel, which to date had been capitalized on by the NASA and other civil agencies around the world.

The new era of Space Baron – starring these three entrepreneurs – aimed to face the current exploration model – and which since 1950 has been characterized by its high costs, since the booster rockets They were not reusable, instead, they propelled the trajectory of the ship and then floated in space or fell somewhere in the sea – through the private sector, to make it available to the public.

What’s Inside a Virgin Galactic Spaceship?

At the end of 2020, the space tourism company stated that its spacecraft would be equipped with 12 porthole windows, 16 cameras and a large mirror in the back of the cabin.

“Each seat is close to a large porthole, each of which has a camera connected so that the passenger can be photographed with the Earth in the background,” revealed an AFP journalist, who had access to one of the cabins.

For all this, more than 600 clients paid 250 thousand dollars, each, and whom Virgin Galactic has decided to call as “future astronauts.” Some and some of them included Ashton Kutcher, Angelina Jolie, Brad Pitt, Tom Hanks and Stephen Hawking, the first (by persuasion of his family) and the last (by suffering his unfortunate death) are no longer part of this list.

Harrison Ford (actor) poses, alongside a cardboard cutout of Branson, in one of Virgin Galactic’s superimposed spacesuits. Photo: EFE, archive

“It was magical,” the billionaire uttered after reaching space.

Branson and four other crew members celebrate the culmination of a 17-year adventure and sprinkle champagne. Photo: AP, file

On July 12, 71-year-old billionaire Richard Branson reached space aboard his own space plane, but he did not fly alone, but reached the most remote distance of travel together with five crewmates.

He also became the second person in his 70s to ascend into space, just short of John Glenn who flew on the shuttle at age 77 in 1998.

Upon his return, Branson noted, clearly moved, that “seventeen years of hard work to get this far.” The businessman congratulated his team on the return trip.

Read also: Space tourism freezes: they investigate the diversion of the ship that transported Richard Branson

However, the continuity of space travel by Virgin Galactic is now uncertain, as it will not be able to resume its schedule until the inconsistencies raised during this lift-off are unraveled.