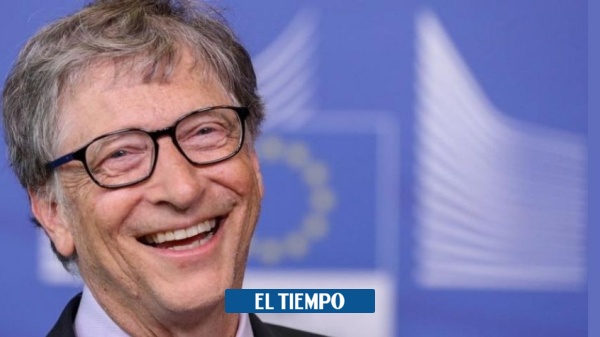 Tycoon Bill Gates, co-founder of Microsoft, accumulates a fortune of 134 billion dollars, which allows him to be in the number four position on the list of the 400 richest people in the United States, according to the latest report from ‘Forbes’ magazine.

(What’s more: Bill Gates is no longer in the ‘top’ three of America’s richest people.).

It should be noted that, before this year, the businessman and philanthropist had always been in the ‘top’ 3 of this list. However, the movements of the stock market during the pandemic and its divorce with Melinda French led him to lose part of his fortune.

In fact, he is known to have transferred to his ex-wife at least $ 5.7 billion in shares of publicly traded companies.

This has led Gates to invest in other sectors with stable growth, according to the ‘Yahoo Finance’ portal. Below you can find out about some of them.

(You may be interested in: What career path did the 10 richest men in the world study?)

At a time when global supply is struggling, FedEx shipping services have gained more traction.

In fact, consumers have become accustomed to having their packages delivered to their doorstep, so FedEx has been able to increase both its volumes and its shipping prices.

After increasing its dividend by nearly 37% over the past three years, FedEx now pays investors an annual dividend of $ 3.00 per share.

And, as for Gates’ stake in the company, it’s worth a few $ 354 million. They are in line for a dividend payment of approximately $ 4.5 million this year.

Because Walmart was able to keep its more than 4,000 stores open during the pandemic, the company has increased its profits and established itself as a safe bet for investors.

Gates owns about 7.6 million shares in Walmart. This represents approximately 4.5% of the entire equity portfolio of the foundation he directs.

It should be noted that Walmart is currently trading about $ 148 per share, after a strong rally in the last month.

With a rail network stretching from Canada to Central America, ‘Canadian National Railway’ it has revenues of 2.9 billion dollars.

Gates, for his part, owns almost 14 million shares in this company.

It should be noted that ‘Canadian National Railway’ has access to the three coasts of North America: the Pacific and Atlantic oceans and the Gulf of Mexico, which makes it unique.

(Can read: Bill Gates as ‘Guille Puertas’ and other famous names translated).

In January of this year, Gates and his ex-wife owned more farmland in the United States than all other American citizens.

And this is because, between 1992 and 2020, agricultural land yielded an average of 11% per year. In contrast, the Standard & Poor’s 500 Index, one of the largest stock indices in the United States, returned just 8%.

With the world’s population poised to hit 10 billion by 2050, there will be no shortage of mouths to feed.

(Keep reading: Elon Musk launches ‘solo’ to the top of the world’s richest).

How is Bill Gates currently investing his fortune?