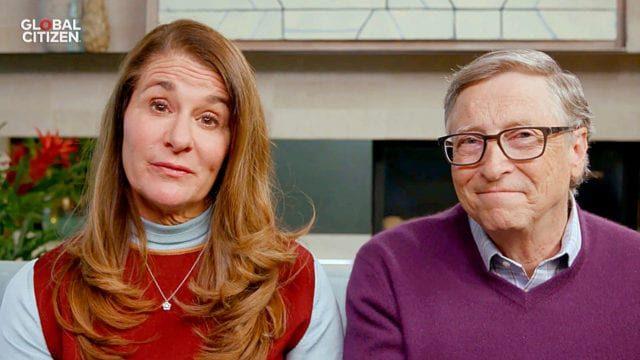 Bill Gates announced that he would divorce Melinda after 27 years of living together. (Free Press Photo: Forbes)

Bill and Melinda Gates, the billionaire couple in charge of the world’s largest private foundation, will get divorced after 27 years of marriage, according to announcements posted by them through Twitter.

Through a statement, the couple declared that their marriage is “irretrievably broken.” Bill and Melinda will remain co-chairs of the Bill and Melinda Gates Foundation, and they will continue to work together to shape the foundation’s strategies and direction, according to a spokesperson.

The shocking announcement leaves several questions unanswered about Gates’ fortune. It is not yet clear how the couple will divide their assets or if they signed a prenuptial agreement.However, due to the size of his fortune, the split will likely be one of the largest divorce settlements in history.

Bill Gates, who in 1975 co-founded Microsoft whose value is 130.5 billion dollars, is the fourth richest person in the world according to Forbes.

Gates first became the world’s richest person in 1995, with a fortune of $ 12.9 billion, a year after he married Melinda. According to the divorce petition, Bill and Melinda are currently separated and signed a contract that dictates how the couple will handle finances. while living apart.

It may interest you: How much money is at stake in the divorce between Kim Kardashian and Kanye West?

They both asked the court to divide the assets under the terms of the separation contract, but details of the contract were not disclosed. The filing doesn’t mention a prenuptial agreement, but that doesn’t mean they don’t have oneas they are not required to disclose everything in the presentation.

Complicating matters is the fact that Washington, where the Gates family resides, is a community-owned state. That means that all assets acquired by either party during a marriage are considered communal. and are generally divided equally during divorce in the absence of a prenuptial agreement.

Although in Washington, the parties can agree to divide their assets in a way that is “fair and equitable,” which can result in agreements that are not necessarily 50/50, according to Janet George, a divorce attorney at the Washington-based law firm McKinley.

What has happened in other billionaire divorces? In the case of Jeff Bezos and his ex-wife MacKenzie; Jeff gave MacKenzie a quarter of his Amazon stake in their divorce settlement.

If Bill and Melinda decided to divide the fortune equally, Melinda would have $ 65.250 million, which would be more than what MacKenzie Scott received., the ex-wife of Amazon founder Jeff Bezos, who is worth $ 59.8 billion (Scott donated nearly $ 6 billion of his fortune to charities last year).

Do not miss: Dogecoin Falls 30% After Elon Musk Appearance On Satirical Show

Forbes drew up a list of the biggest billionaire divorces ever recorded. In some cases, such as the divide between -2% of Google, Sergey Brin and Anne Wojcicki, we do not know the size of the agreement because the divorce requests they were sealed.

Below are five of the biggest divorce settlements, in descending order.

The couple met while they were both working at hedge fund DE Shaw in New York. After they moved to Seattle, MacKenzie helped Jeff get Amazon off the ground.

By April 2019, they announced the terms of their divorce: received about 4% of Amazon’s outstanding shares, worth more than $ 35 billion in 2019 when the deal was announced (much higher now, with Amazon shares growing 75% since then).

For his part, Jeff held onto the entire Blue Origin rocket company and the Washington Post. Once the divorce was final, MacKenzie, who changed his last name to Scott in 2020 and remarried in March 2021, she became the third richest woman in the world.

The Grosses’ messy divorce minted a new billionaire and dragged another. Sue filed for divorce in 2016 from her husband, the founder of asset manager Pimco, and left a year later with a $ 1.3 billion fortune.

That loot included a $ 36 million Laguna Beach home. and “Le Repos,” a disputed 1932 Picasso painting that later sold for $ 35 million.

This while Bill was trying to hold onto one of his three cats, Sue finally got custody of all of them. Meanwhile, Bill lost his place on the list The Forbes 400 in 2018 after being 14 consecutive years.

The co-founders of casino giant Wynn Resorts divorced (for the second time) in 2010. That settlement ruled that Elaine, a member of the Wynn Resorts board since 2002, received 11 million shares, worth an estimated $ 795 million.

Steve also sold about $ 114 million worth of stock that year; some, if not all, went to Elaine as part of the deal. He then sued Wynn Resorts in 2012 to sell part of his 9% stake. and was expelled from the board three years later in the middle of a proxy battle.

After Steve resigned as CEO and President in February 2018 amid allegations of sexual harassment that he has denied, he sold all of his shares. At the moment Elaine, worth $ 2.3 billion, is the largest individual shareholder in Wynn Resorts.

After three years of bitter court proceedings, Oil tycoon Harold tried in 2015 to end his 26-year marriage to Sue Ann (no prenuptial agreement) by writing you a check in the amount of 974,790,317.77 from your Morgan Stanley account.

You made the deposit, but then changed your mind, decided you wanted more, and filed an appeal seeking a larger share of the then $ 13.7 billion fortune tied to the 75% ownership of Hamm on a publicly traded Continental Resources.

In April 2015, the Oklahoma Supreme Court ended the battle, granting Harold’s motion to dismiss his appeal, based on the precedent that Sue Ann had accepted the settlement by signing and depositing the check. For its part, Sue Ann later funded a political action committee that managed to dismiss the judge who presided over the divorce.

Previously, one of the pillars of Forbes 400, lost almost half of his fortune in divorce and was removed from the list. In 2008, he married writer and producer Leslie DeMeuse and a year later died; Patricia passed away in 2012. Her fortune was left in a family foundation with assets of $ 122 million (as of 2018) with both names and focused on contributing to the environment and the economy.

For: Rachel Sandler and Noah Kirsch