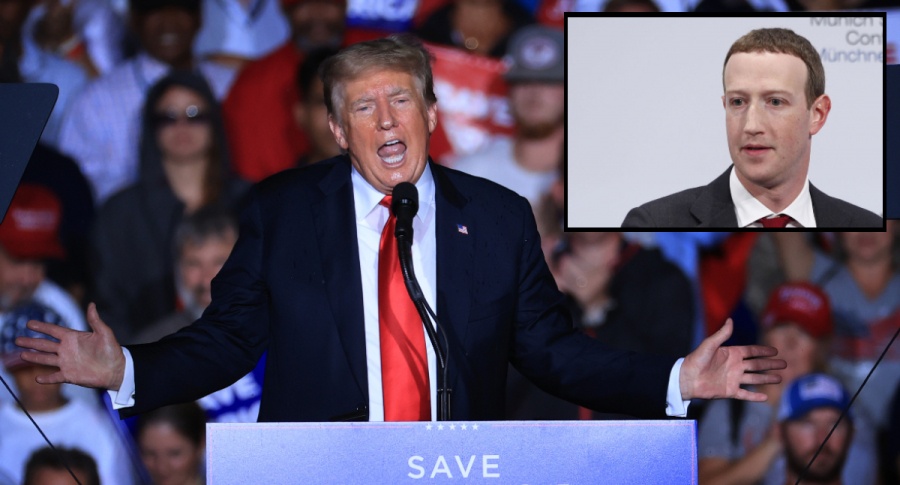 Donald Trump was dispatched against the creator of Facebook and, incidentally, stoked the other social networks and search platforms that have blocked their profiles, content and controversial opinions.

“We are suing Twitter, Facebook and Google. These people are sick. You know, Zuckerberg was coming to the White House to kiss my c…; the director of Facebook would come to the White House with his lovely wife, they would have dinner with me and then they would do what they did to me and the Republicans, but that’s how the world works, “the former president of the United States told the journalist.

In addition to lashing out at the creator of Facebook, Trump also claimed success for Twitter, a social network that he described as “failed” until he created his account in which he reached 100 million followers.

“When I entered Twitter 12 years ago it was a failed operation. It was successful and a lot of people said that I had to do with it. When they pulled me out, I had over 100 million followers. If we add Facebook and everything else, it’s over 200 million people. That’s a lot. You go from 200 million followers to nothing overnight, “Trump reflected.

These were Trump’s words against Zuckerberg:

Trump reminisces about being on social media, claims he is responsible for the success of Twitter, and that Mark Zuckerberg used to come to the White House “to kiss my a**”. That last part is true. pic.twitter.com/J7PRaNEhHP

After the demonstrations that ended in a serious incident in the United States Capitol on January 6, the political situation in that country was convulsed, especially by trills from former President Trump.

The ex-president posted on Twitter some messages that were censored by the platform and for which the @realDonaldTrump account was suspended forever.

Although the fact generated ridicule among the followers of the social network, others criticized that decision, as they claimed that the freedom of expression of a person was being restricted, regardless of whether it is the controversial businessman.

Finally, in an official statement, Twitter explained that the measure was taken after analyzing the latest messages uploaded. “Due to the risk of further incitement to violence.”