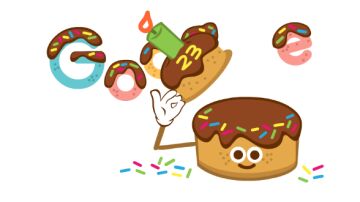 Google’s birthday arrives and not everyone agrees on the date of celebration. Even Google itself seems to be unclear about the date of its anniversary. What both parties agree on is that the birthday month of the best-known Internet search engine is in September and the year 1998.

If we do an internet search to ask Google when his birthday is, the only coincidence is that its origin comes from September 1998. As for the day, September 4 is the one that prevails in searches. This day, September 4, was when the company was founded. However, there is the side that claims that the origin and anniversary of Google is September 27, the date of release to the public.

The Google Company originated in 1995 from the doctoral thesis of Larry Page and Sergey Brin, two Stanford University students whose goal was to improve Internet searches. They registered the domain “Google.com” on September 15, 1997, and founded the company “Google Inc.” on September 4, 1998, with an initial investment of $100,000. Its search engine surpassed the one that was around at the time, AltaVista.

Google’s style change over the years.

Google’s style has been changing over the years. It started with a text in blue, red, green and yellow colors. In addition to the well-known search bar and the “I’m feeling lucky” button. As of 2000 Google left behind its beta version. Years later, and since it did not contribute anything to the style of the web page, Google decided to remove those grayish letters that marked the version in which you were looking.

And so it has changed over the years. What has never changed is its clarity and cleanliness on the page as well as its colors.

Happy Birthday Google! This is how the search engine has changed in its 24 years

Millionaires in Mexico How many people with 'fed up tickets' are there in 2022?
Elon Musk dates the $ 25,000 Tesla Model 2, which could arrive without pedals or steering wheel
7 movies to better understand what the metaverse is