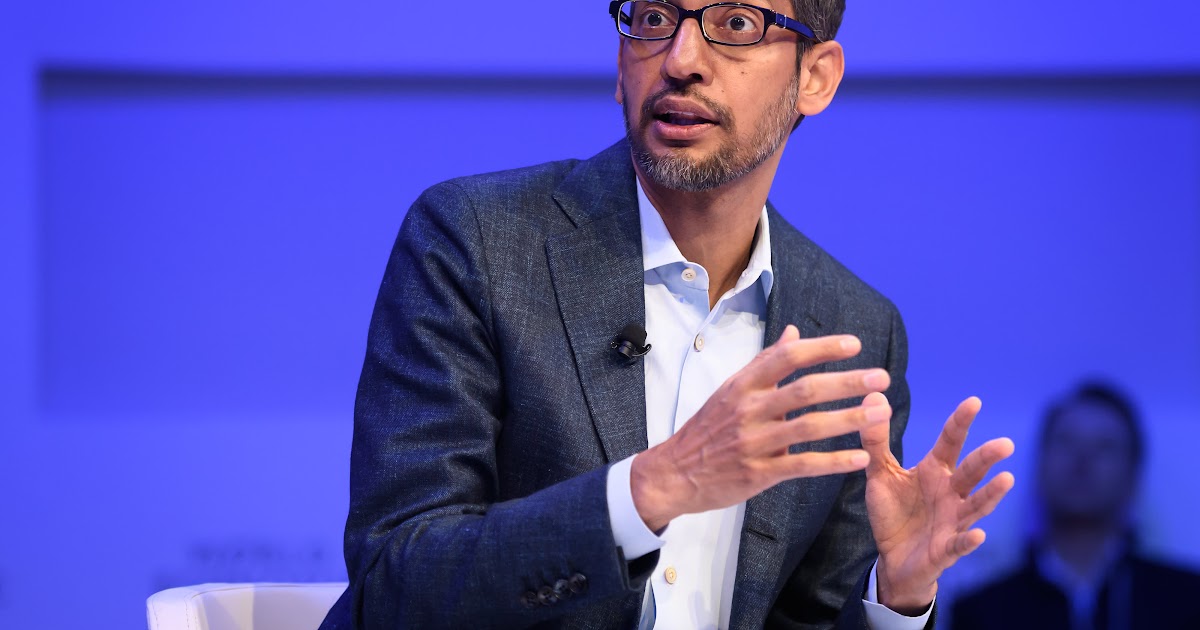 Alphabet CEO Sundar Pichai gestures during a session at the annual meeting of the World Economic Forum (WEF) in Davos on January 22, 2020.

Google employees are pushing executives to reclaim a part of the company culture that, in the past, made it a desirable place to work: openness.

At an end-of-the-year meeting, held almost earlier this month, CEO Sundar Pichai read aloud one of the employees’ most popular questions, based on the company’s internal system called Dory, which allows employees to post questions and vote for the ones they want to address.

“It seems that the responses to Dory have become more and more like a lawyer with canned phrases or platitudes, who seem to ignore the questions being asked,” Pichai said, reading Dory’s post. “Are we thinking of returning sincerity, honesty, humility and frankness to Dory’s responses or going down a bureaucratic path?”

The question received 673 votes in favor. CNBC obtained a copy of the question and listened to Pichai’s audio.

“I understand the sentiment behind the question,” Pichai said, at the beginning of his lengthy answer. “I think there are many reasons for this,” he added later.

Google’s cultural upheaval has been a hot topic for the past several years, as the company that once uprooted Silicon Valley rules with an open and joyful office atmosphere and free discussions takes into account the current realities that come with being one of the largest companies in the world. The uplifting sentiment changed and confidence faded after employees learned that company leaders had allegedly ignored allegations of sexual harassment and quietly sought settlements with the government.

Google’s leadership then cracked down on internal discussions and fired some employees who were critical of company policies and were involved in organizing other disgruntled workers. Employees told CNBC in 2019 that the company was becoming “unrecognizable.”

In his response at the recent meeting, Pichai recognized the challenges of communicating with a global workforce during a pandemic.

“Obviously, we are now communicating on a large scale, with more than 150,000 people and, in particular, during the pandemic, doing everything remotely,” Pichai said. “I’ve noticed that more people are reading from screens during the pandemic and I think some of that contributes to the responses feeling canned.”

Google, like most companies, is struggling with how to stay connected with employees, who for the most part have been forced to work remotely since March 2020. Google has been more aggressive than much of the Tech industry on its goal to reopen physical offices in the new year, though it recently pushed back its comeback date amid recent spike cases of the omicron variant.

Google’s TGIF meetings, during which Pichai and other executives address issues of Dory’s concern, have also changed dramatically. Now they are all on video.

Founders Larry Page and Sergey Brin started TGIF in 1999 on Google’s Mountain View, California campus as a forum for employees to regularly express their frustrations and discuss issues openly with management. That became a selling point for talent and a model for many tech startups that followed.

In 2019, Pichai announced that it was replacing weekly TGIF meetings with monthly meetings and smaller town halls to discuss workplace issues.

“I think people are always nervous to respond on this stage,” he said. “Sometimes I think people don’t forgive little mistakes. I think people realize that responses can be coded anywhere, even outside of the company. I think that makes people very careful. “

Pichai went on to say that “trust and frankness have to go both ways,” alluding to leaks made by employees to outsiders.

“You have to work very hard to keep it to scale,” he said.

Pichai said that for the past two years the company has tried to organize itself into smaller groups, which may be better for authentic communication.

“I think it has been very important to invest in smaller forums,” he said.

He concluded his reply by expressing his appreciation for the concern and calling it “good comments”.

“I’m glad you asked the question,” Pichai said. “I would encourage all the speakers to speak up and say what they think.” He added: “Let’s try to do better there.”

A Google spokesperson did not immediately respond to a request for comment.