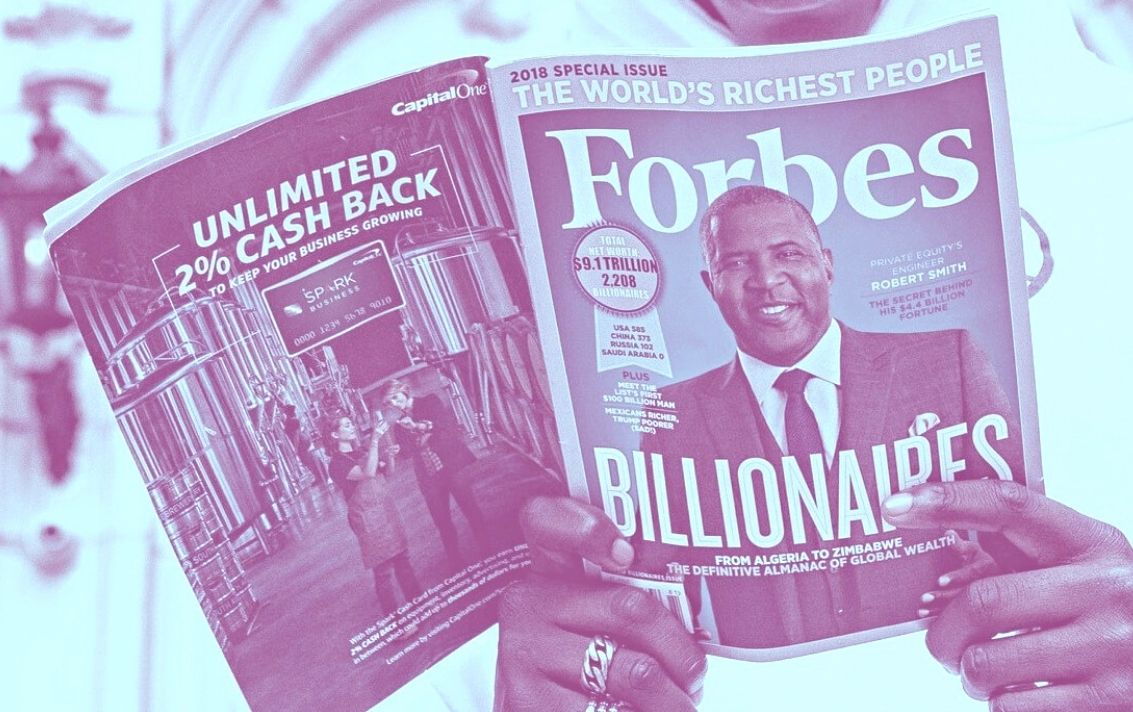 With a wealth of more than 60 billion dollars, Changpeng Zhao has positioned himself as the wealthiest in the crypto world. He knows the other 18 crypto enthusiasts on the list.

There is no shortage of riches amid the tumultuous digital asset market, and for another year in a row, the crypto-billionaires’ club has grown again.

This week, Forbes published its famous list of world billionaires and has released a stand-alone article in which he identifies the wealthiest personalities who have amassed their fortunes with cryptocurrencies. The Rich 19 list includes the founders and entrepreneurs of today’s largest cryptocurrency exchanges and businesses.

The list also has seven new names, from personalities that were not included last year. Newcomers include the 30-something founders of Open Seaa popular market tokens non-fungible (NFT), as well as some Web3 entrepreneurs. Meanwhile, the three richest are the leaders of the largest exchanges of cryptocurrencies.

The richest person in crypto is the founder and CEO of Binance, Changpeng Zhao, also known under his nickname ‘CZ’. It is estimated that he owns about 70% of Binance, the largest cryptocurrency trading platform by trading volume, generating over $16 billion in revenue last year alone. The company’s US division was recently valued at $4.5 billion after closing its first round of external financing. The company now aims to go public.

Zhao’s wealth has skyrocketed since last year, rising from $1.9 billion to $65 billion. The number makes it 19th richest person in the worldaccording to Forbes. In addition to the successful business, the 44-year-old businessman has investments in assets such as Bitcoin and BNB, the native token of Binance. His company is also making a millionaire investment in the parent company of Forbes.

At 30 years old, Bankman-Fried stands out as the youngest cryptocurrency billionaire on the list. With a net worth of USD $24 billion, he has amassed his fortune from leading two large companies in the sector: the exchange FTX Y Alameda Research. This year, FTX received a valuation of $32 billion after a financing round in which it raised $400 million.

He also has investments in multiple cryptocurrencies, including Bitcoin, Solarium Y FTTthe token native to its platform, of which it has an amount valued at more than USD $7,000 million. Fried considers himself an effective altruist with a very clear plan: maximize his earnings as much as possible in order to donate his entire fortune.

The co-founder and CEO of coinbase He has been at the top of the list of cryptocurrency billionaires for several years. Forbes. With a net worth of $6.6 billion, Armstrong is a well-known figure in the crypto space and the leader of one of the largest cryptocurrency exchanges in the United States.

your platform coinbase was successfully floated on the US stock market in 2021, after reaching an impressive valuation of US$100 billion. While the market capitalization has shrunk by almost half since then, Armstrong’s 19% stake in the company is enough to make him the third-wealthiest person in the crypto space.

4. Gary Wang. With a net worth of USD$5.9 billion, is the co-founder and chief technology officer of FTX.

5. Chris Larsen. Co-founder and CEO of Rippl with a fortune of 4.3 billion US dollars.

6 and 7. Cameron Winklevoss and Tyler Winklevoss. Known for being Zuckerberg’s archenemies, the duo of crypto enthusiasts run two big companies in the industry: Gemini and the NFT market, nifty-gateway. They have a combined net worth of $8 billion.

8. Song Chi-hyung. The founder of South Korea’s leading cryptocurrency exchange South, upbit, which last year was valued at $17 billion. He maintains an estimated wealth of $3.7 billion.

9. Barry Silbert. The founder of the investment group Digital Currency Groupowner of grayscale Y CoinDesk. He has a net worth of $3.2 billion.

10. Jed McCaleb. With a wealth of $2.5 billion, McCaleb is the co-founder of Ripple Labswho after walking away from the project in 2013 launched a second successful cryptocurrency: Stellar.

11 and 12. Nikil Viswanathan and Joseph Lau. The co-founders of Alchemya development platform specialized in Web3 applications, have a net worth of USD$2.4 billion, each.

13 and 14. Devin Finzer and Alex Atallah. They are both co-founders of the popular NFT marketplace, Open Sea, who around their thirties, already amass a fortune of USD $2.2 billion. The recent success of the platform has brought them to the crypto rich list 2022.

fifteen. Fred Ehrsam. The co-founder of coinbasewhat now direct paradigman investment firm focused on cryptocurrency and Web3 startups, has a net worth of just over $2 billion.

16. Kim Hyoung Nyon. With a wealth of USD $1.9 billion, he is the co-founder of upbitthe leading cryptocurrency exchange in South Korea.

17. Michael Sayler. defender of Bitcoin and CEO of MicroStrategy, an enterprise software company that currently holds over $6 billion in BTC. His estate is valued at $1.6 billion.

18. Matthew Rossak. A reputable longtime Bitcoin enthusiast and investor. He has invested in several crypto startups, including Coinbase and Kraken, and is worth $1.4 billion.

19. Tim Draper. A well-known venture capitalist who first bought Bitcoin in 2012 and has invested in renowned companies in the industry such as ledger Y Robin Hood. He has an estimated fortune of $1.2 billion.

The story of CZ, the richest man in crypto

Changpeng Zhao, of Chinese-Canadian origin, is not only the largest crypto-millionaire in Forbes 2022, but one of the most successful entrepreneurs in the world. With a wealth close to that of the CEO of Goal (before Facebook), Mark Zuckerberg, who has a net worth of around $77 billion, Zhao amassed his fortune in a quarter of the time of the creator of the social media giant.

Launched in 2017, Binance has become in just five years the world’s leading cryptocurrency exchange, with an estimated value of USD$300 billion. (That is, almost six times the market capitalization of its closest competitor, coinbase). For comparison, Facebook was launched in 2004, and it has taken almost 20 years for it to reach the worldwide success it has now.

The businessman behind Binance has climbed in a short time among the group of billionaires in the world. According to data from Bloomberg, Zhao has currently managed to overcome to some of the richest like the founder of DellMichael Dell, and each of the three sons of Sam Walton, the heirs to the fortune of Walmart.

What is it like to have a fortune on par with Zuckerberg’s?

However, despite his current wealth, Zhao’s life was for a long time far from that of a wealthy crypto celebrity, as many see it today. As you picked up a recent article from fortunethe developer went from having just enough for a plate of food to being a crypto titan in 40 years.

He grew up in a rural village in China before moving to Canada at the age of 12, where he earned money working at McDonald’s and refereeing volleyball games. Later, his passion for technology led him to study software development and work in capitals like Tokyo and New York, a path that would later lead him to create Binance.

“I went from being a businessman to someone telling me I have tens of billions.”Zhao said during the interview. Despite his fortune, the businessman doesn’t seem to stray too far from his humble roots. CZ, who is often seen wearing plain t-shirts with his company logo, has even hinted that he cares little about his supposed status.

If they think I’m worth that much, that’s what they think. It is a fictitious price.