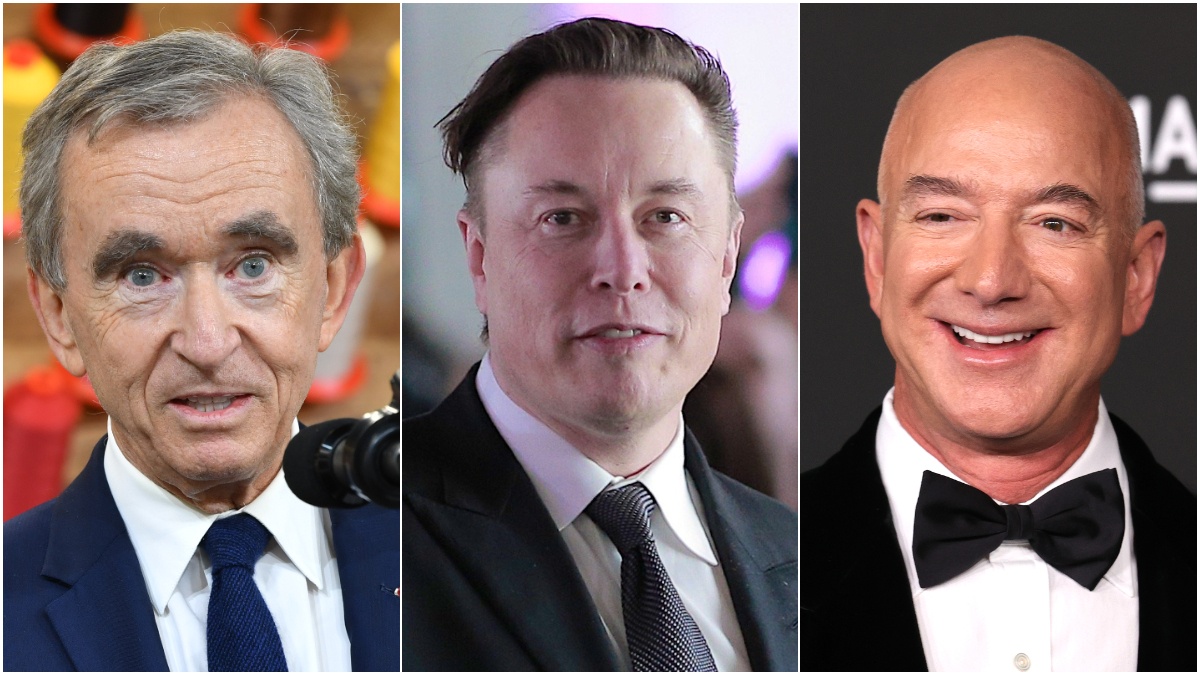 The greatest fortunes in the world are concentrated in 2,668 names headed by Tesla and SpaceX founder and owner Elon Muskthe richest person in 2022 according to the famous list of millionaires in Forbes.

Although their fortunes are unimaginable, this year’s list is diminished, as the pandemic, the war in Ukraine and the instability in the stock markets it has also hit the big billionaires.

This year the list lost 329 names that left the category within the club of the richest women and men in the worldthe biggest drop since the great crisis of 2009.

The total value of their fortunes adds up to 12.7 billion dollarsan unattainable figure for billions of people around the planet, but also smaller compared to 2021.

The world’s billionaires they lost $4 billion in total compared to last year, according to the list of the richest people in Forbes.

The pandemic catapulted some names to the list in 2021, such as John Foley, from the famous virtual platform, Peloton. However, things are gradually returning to normal and this year she disappeared from the list.

With everything and that the fortunes lost wealth and that there are fewer billionaires on the list, 1,050 of these super-rich are this year, richer compared to 2021.

Several of these fortunes are located in the United States and it is likely that they will now have to pay more taxes, according to a plan by the president, Joe Biden.

One of the great men of technology has seen his fortune take off since 2020. The companies that support him seek to revolutionize transportation.

Tesla leads the market in the manufacture and sale of electric cars and expands its presence with assembly plants in Europe and the United States.

Meanwhile, your company SpaceX is at the forefront of the new space racewith multi-year, multi-million dollar contracts with the United States government to make trips to the International Space Station.

From a garage in Seattle, Bezos has built an e-commerce giant since 1994 that now has him at the top of the world’s great fortunes.

Amazon consolidated itself as one of the great companies of the pandemic based on changes in purchasing habits, given the impossibility of going out to physical stores.

bezos too compete with Musk in the new space race with his company Blue Originwith which he has also made civil trips to space.

He is the head of the LVMH high-end fashion empire, which includes Louis Vuitton and Sephora brands.

Arnault and his family also took advantage of the pandemic to grow their business and in January 2021 they bought the famous American jeweler Tiffany & Co for $15.8 billion dollars.

It is a family business, at least four of Arnault’s five children work in different areas of the company.

One of the usual names in the lists of the richest people in the world. Bill Gates is one of the first great billionaires that resulted from the calls Big Tech.

Gates created his fortune through the software company Microsoft, co-founded by Paul Allen. However, his wealth is now diversified into various businesses with investments in clean energy.

The also president of the Gates & Gates Foundation, along with his ex-wife, Melinda Gates, is also one of the largest owners of agricultural land in the United States.

Buffett is one of the names that immediately come to mind when it comes to building wealth.

is known as the “Oracle of Omaha” for his well-known investment skills.

His fortune is a product of the Berkshire Hathaway companya conglomerate of brands that includes famous names like Duracell and Dairy Queen.

Another name related to the big technology companies. Page was until 2019 CEO of Alphabet, the parent company of Google.

Page is, in fact, the co-creator of the world’s largest search engine, along with fellow Stanford student Sergey Brin.

Although he no longer runs Google, this billionaire remains as majority shareholder and member of the board.

It is the other name behind Googlewhich he co-founded with Larry Page in 1998, while at Stanford.

Brin is not a media name and has stayed out of the limelight for many years.

It is known that currently makes investments for a company that develops a high-tech aircraft.

Yet another name on the list of billionaires who made their fortune in technology. Ellison was CEO of software giant Oracle for 37 years..

He now owns 35% of the shares in this company and also has a three million shareholding in Tesla.

Where else is fortune made, but in technology companies. Balmer is a former CEO of Microsoft.a company he directed from 2000 to 2014.

In that same year he bought the Los Angeles Clippers basketball team for $2 billion.

Ambani is the president of Reliance Industriesa conglomerate with investments in the petrochemical, gas, oil, telecommunications and retail sectors.

You may also like:
– During the pandemic, the number of homes of a million dollars or more in the United States doubled to 8%
– The richest people in the world: a study predicts that Elon Musk will be the first billionaire in history in 2024
– The 10 most expensive ZIP codes in the United States: more than half are in California

Forbes billionaires 2022: who are the 10 richest in the world this year