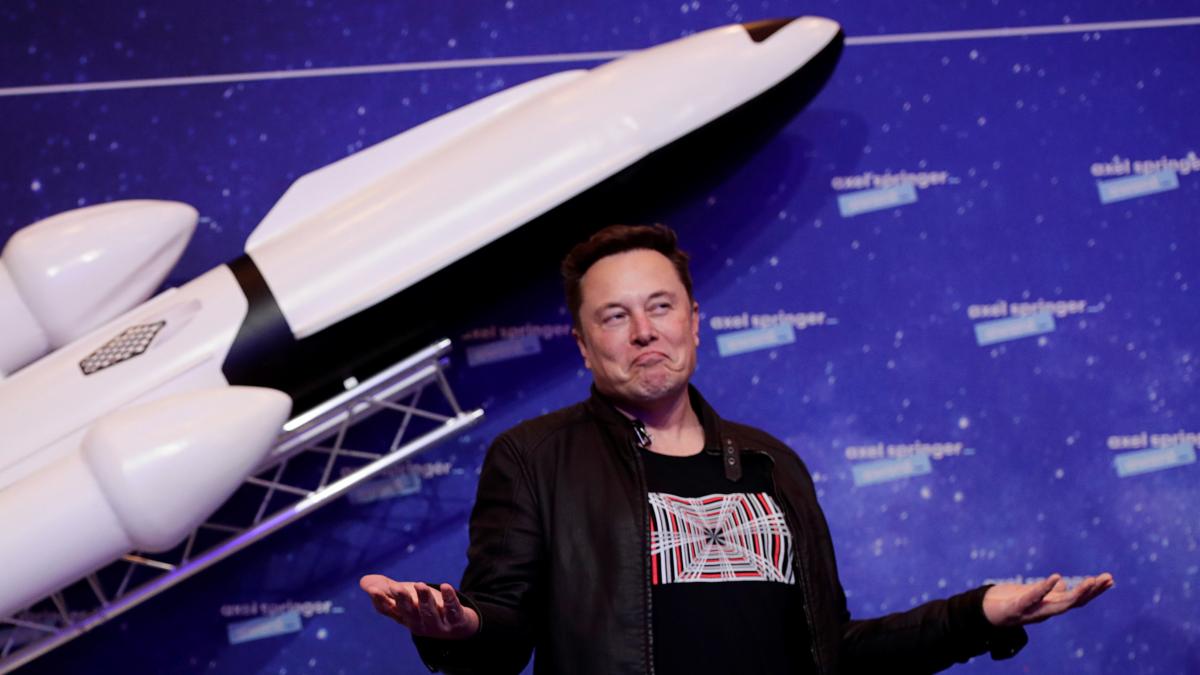 Billionaires have a trait that distinguishes them. They tend to be discreet in their operations, except when trying to appear generous with philanthropic works. This portrait breaks it Elon Musk with his capacity for show and controversy. He puts on a show of might whenever he can, and now the Forbes 2022 billionaires list officially ranks the Tesla founder as the world’s richest person, with a net worth estimated at $219 billion.

He takes over from Jeff Bezos, the visionary of Amazon, who with 171,000 million goes to second place after having been at the top for the last four years, time in which he divided his fortune for divorce reasons with MacKenzie Scott, who was his partner in the creation of the digital supermarket. She is in 30th place with 43.6 billion, after giving away a good amount of her capital.

The net worth of the world’s multi-lucky amounts to $12.7 trillion, down $400,000 from $13.1 last year. In twelve months, 329 people have fallen from the classification, the biggest setback since the financial crisis of 2009, according to the magazine.

“The tumultuous stock market has contributed to this sharp decline in the fortunes of many of the world’s wealthy,” Forbes chief Kerry Dolan said in a statement. He pointed out, however, that there are still more than a thousand billionaires who are more than a year ago.

The richest have lost 400,000 billion dollars in one year

The most spectacular slowdown has occurred in Russia, Forbes points out, where there are 34 fewer names than in 2021, once Vladmir Putin declared war on Ukraine – better said, “special military operation” – and the Western bloc has imposed sanctions. Also China, a country in which the government clamped down on technology companies, which are the ones that dominate the list, has 87 less multi-rich.

The old guard of the United States, represented by Bill Gates (129,000 million) and Warren Buffett (118,000 million), two of those “entrenched” for decades among the perennial leaders in this classification, move to fourth and fifth place, respectively. Bernard Arnault and family (158,000 million), owners of the group of French luxury products in the fashion and retail sector (Christian Dior, Moët & Chandon, Louis Vuitton), have slipped into the middle. For example, he stayed with Tiffany, the American movie jewelry.

The first Spaniard to appear on the list is already a classic: Amancio Ortega, with 59.6 billion. He is ranked 23rd, after which he will become the richest man on the planet. The one who has hit a big punch, an expression of the credibility crisis of his company, is Mark Zuckerberg. The decline of Facebookn has made it fall from the first five positions to number 15, with 67.3 billion assets.

Amancio Ortega, in 23rd place, is still the wealthiest Spaniard

Forbes 2022 list: Elon Musk takes over from Jeff Bezos and becomes the richest person in the world