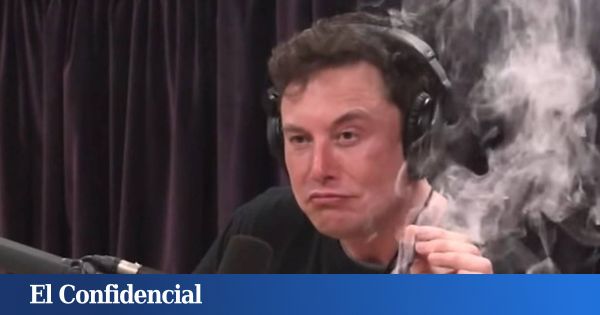 Elon Musk es el Messiah. He wants to save us from asteroids, supervolcanoes, Terminators, and ourselves. In a interview held this week, has made five predictions for our immediate and distant future – and has told how his plans will save the world. Or at least it will try.

Here you have the full interview and below the five most important predictions.

5. No one can destroy cryptocurrencies

As much as governments and authorities try, trying to control cryptocurrencies is like trying to put doors in the field. What is possible, says Musk, is that they slow down their progress. Which is a shame, he thinks, because they offer the possibility of “reducing the errors and latency of the current monetary system.”

Musk thinks that neither the governments nor much less the banks they must be in control of the money. That it is a corrupt and rigged system in which “they can edit the money ‘database’” as they see fit and for interests that have nothing to do with that of the population. He is not without reason. Another thing is the speculation that there is currently but the reality is that a secure and independent currency makes much more sense than money controlled by a handful of gyrfalcons and oligarchs distributing the cod from political and financial offices.

4. Psychotropic drugs will be accepted

Musk – who like Jobs and other luminaries of the late twentieth century – used LSD, thinks that society is going to change its opinion about psychotropics. For the better. “A lot of the people who are making laws are from a different era. As the new generations obtain political power, I think we will see a great receptivity about the benefits of psychotropics ”.

Well, let them tell the Spanish politicians, who continue with the war on drugs, even fighting against maría while alcohol and tobacco continue to flow in abundance. Someone give Musk’s phone number Antonio Escohotado yes.

3. Starlink will change the world

Musk claims that Starlink – his network of satellites for communicating with the internet for anyone with the necessary equipment – will change the world because it will have an equalizing effect. Starlink, he says, “is really designed to serve the ‘under-served,'” that is, those who live in rural and remote areas.

It’s a commendable goal and a potentially big deal, but at $ 499 for equipment and $ 99 a month for service, go tell a shepherd boy of Mount Atlas how having Tiktok for Starlink is going to change your life. But this is only the beginning. Over time, it will become a negligible cost network.

2. There will be a very serious energy problem

Musk thinks that, with the explosion in demand for the electric car, the network is not ready to meet the demand for energy that comes to us. “If we change all current transportation to electric, the demand [de electricidad] it will be more than double [que la actual]”, he says.

There is no need to be Recall to know that we have a great energy problem that already has the world economy in check and it gets worse and worse. An energy revolution is urgently needed. It remains to be seen if nuclear fusion arrives in time to save us from disaster but for now Musk only offers solar panels and batteries to charge the car at home. From Tesla, of course.

Musk has no doubt: the robots will arrive. They will be like us, bipedal humanoids (and in other ways) but infinitely more intelligent and interconnected. He has not built them before, he claims, because he did not want to contribute to the advent of Terminators and Skynet’s doomsday, but now he knows it’s inevitable.

“We are building a humanoid robot that will be like the [Tesla] but with legs. I’ve been avoiding it for a while because I didn’t want to accelerate the AI ​​apocalypse, but clearly, with Boston Dynamics, those humanoid robots are coming. And they will happen with or without Tesla, ”says Musk. “But with Tesla, I will have much more ability to ensure his safety and intelligence. I will try to do my best to get it”. Thanks Elon. May the Spaghetti Monster bless you.

Bonus level: we will survive

Although the future does not seem to paint well, Musk maintains the esperanza. We have a duty to keep alive the flame of human consciousness, he says, for now the only one we know in the vacuum of space. And it seems that he believes that we will be able to avoid the Great Filter, the extinction event that according to the paradox of Fermi it can end any civilization based on biological beings. Well nothing Musk, what James Lovelock hear you.