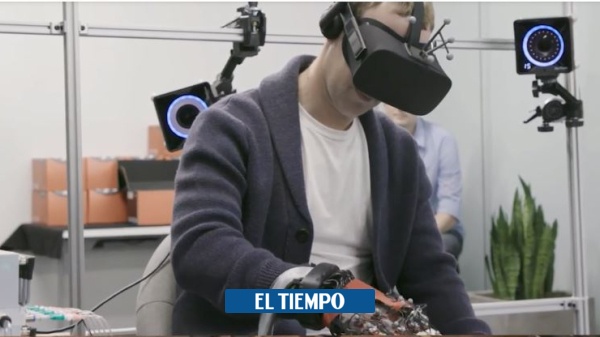 A couple of weeks ago, Facebook caused a global stir with the announcement of the change of its name to Meta and its bid to become a metaverse company. This is understood as the virtual space where a person can interact in a three-dimensional way.

The CEO of the technology company, Mark Zuckerberg, has pointed out that these spaces allow people to share virtually with others in work, study or entertainment settings.

(You may be interested: The arrival of the ‘metaverse’: where reality and virtuality merge)

In the midst of Meta’s commitment to this aspect, this week an investigation was revealed that the company is carrying out from Meta’s Reality Labs for the development of some haptic gloves that allow the user to interact in a better way in the metaverse.

The conglomerate explained that the research has focused on “how to touch the virtual world” and explained that with this technology it is sought not only to move an object and interact with it but also you can feel.

(Plus: Elon Musk revealed who the worst person he’s ever worked with is)

“We use our hands to communicate with others, learn about the world and act within it. We can harness a lifetime of motor learning if we can bring full hand presence to augmented reality and virtual reality. People could touch, feel and manipulate virtual objects as if they were real objects, all without having to learn a new way of interacting with the world, “said RL research director Sean Keller.

Meta, who has been researching this product for several years, seeks to make them soft and light haptic gloves that “address both sides of the AR / VR interaction problem, helping the computer to understand and accurately reflect hand movements of the user and reproducing a variety of complex sensations and nuanced for the user, such as pressure, texture and vibration to create the effect of feeling a virtual object with the hands ”, the company specified on its blog.

The company led by Mark Zuckerberg indicated that they have had to create all the elements of the glove from scratch, leveraged on smart textiles. In addition, they are analyzing how people perceive the sensations of touch, in order to understand the variety of shapes and sizes of human hands and their different attachments.

Until now, Meta has not set a date in which these gloves are available on the market, but it is expected that it will not be soon.

– Free! This is how you can enroll and certify with Google virtual courses