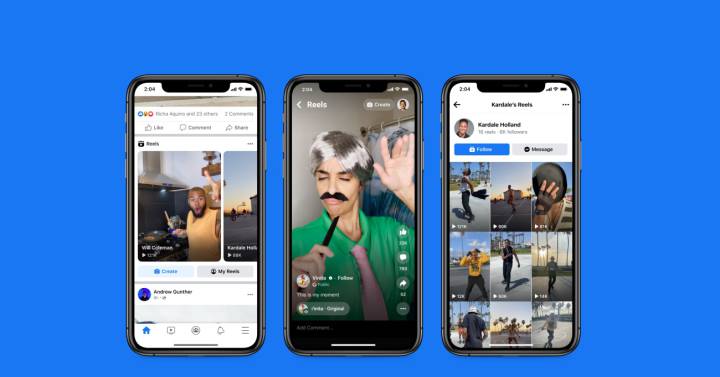 No one can deny that TikTok is the fashion social network. The popular music app is being a headache for the company founded by Mark Zuckerberg. And the truth is that they did not take long to respond with their own version for Instagram. And now it’s Facebook that has just announced Reels.

At the time, the Reels came to Instagram with an alternative to TikTok. And it is that this musical app has become a real problem for the network of applications owned by Facebook, since they are suffering a notable drain on users.

And of course, Facebook has historically never had a problem crushing its opponents by copying their best features.. The first major victim was Snapchat, and it seems that now it is TikTok’s turn

Facebook presents Reels: this is how this new alternative to TikTok works

In this way, the well-known social network is strongly committed to continuing to be one of the great exponents in the vertical video market. As stated through a press release, Facebook reels will arrive first in the United States, but will eventually expand to other markets.

Regarding its operation, it should be noted that it is exactly the same as on Instagram, something quite common in the company, which does not hesitate to integrate functions of the photography app on Facebook. In this way, in addition to being able to access Instagram conversations, very soon there will be a Reels section that will have the same content that appears on Instagram.

Evidently Facebook will allow you to create your own Reels through an interface that has all kinds of functions and filters so you can enjoy creating the best music videos like never before.

In addition, it should be noted thate Facebook wants to maximize the use of Reels, so the interface of the social network will be adapted to appear on the front page. The idea is that content creators have more visibility by appearing on both social networks.

As the company has stated: “As part of our commitment to invest more than $ 1 billion in creators through 2022, we are also offering a new bonus program to help creators earn money when people view their reels. ” In this way, Facebook confirms that it wants to start paying content creators, but for now only in the United States. Of course, as we have indicated before, it will surely arrive in Spain.

Now, the only thing we can do is be patient and wait for Facebook Reels to arrive in our country to see how this works. new alternative to TikTok.