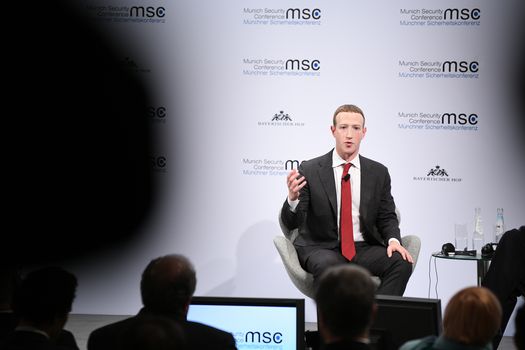 Zuckerberg announced the reduction of around 13% of the troops of Goal.

In a message addressed to his company he commented: “Today I share with you some of the most difficult changes we have made in the history of Meta (…) I have decided to reduce the size of our team by approximately 13% and separate myself from 11 thousand of our talented employees.”

You can read: Why did Mark Zuckerberg fall in the ranking of billionaires?

AME2226. MUNICH (GERMANY), 11/10/2022.- File photo dated February 15, 2020 of CEO Mark Zuckerberg during a talk in Munich (Germany). Mark Zuckerberg may be living in his Metaverse a lot, but when it comes to Meta’s economic stability, he’s very down to earth. The Facebook founder’s conglomerate announced Wednesday that he will lay off 11,000 workers, 13% of his workforce. With this measure, it joins the list of US technology companies that have done the same, including Twitter, Lyft, Robinhood and Coinbase. EFE / Philipp Guelland

This is the first time that the giant of the social networks lays off massively and in that quantity part of its employees. Mark He said that he assumed the responsibilities of his decisions, he also admitted that he felt sorry for all those affected by this surprising decision.

It was also learned that new staff hires will be frozen until March 2023.

How did Mark Zuckerberg compensate his Meta employees?

The owner of Facebook, Instagram, WhatsApp among other social networks and digital businesses, he commented that the dismissed employees will have a excellent compensation.

through a video, Zuckerberg said employees fired They will receive 16 weeks of basic salary and two additional weeks of salary for each year of service, in addition to covering the former employee’s medical insurance for the following six months.

You can read: The Metaverse: a virtual world that awaits us but nobody asked for it.

On the other hand, it also promised to help its foreign employees to help them in their work visa procedures.

The cause of the dismissal of 11 thousand workers is that there was an error in the earnings predictions, which forced him to make this decision.

“Unfortunately, this did not turn out as expected”plot Zuckerberg in a prepared statement. “Not only has online commerce returned to previous trends, but the macroeconomic downturn, increased competition and loss of ads have caused our revenue to be much lower than I expected. I was wrong and I take responsibility for it.” added the businessman.

One of the errors that Meta perhaps did not respond to at the right time, occurred when we all entered the health crisis of the pandemic and everyone was at home, most of them were checking their mobile phones and accessing social networks, spending a lot of time time connected to them.

However, as the issue eased, people went back to the office and the average time spent online decreased, so Meta’s revenues suffered.

You can read: Facebook: trick to identify fake messages on the social network

Zuckerberg argued that he had made the decision to hire aggressively, anticipating rapid growth in Goal even after the pandemic ended, which is now worth the dismissal of 13% of the employee payroll.

Facebook: this is how Mark Zuckerberg compensated the 11,000 employees he fired