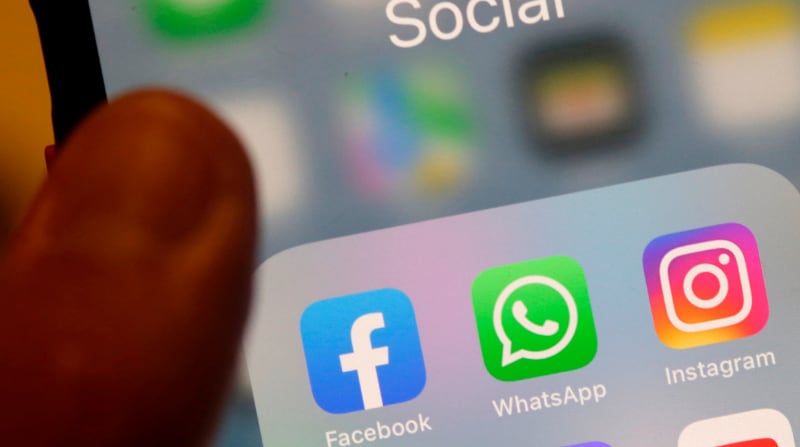 Wall Street It closed on Monday, October 4, 2021, with a sharp drop as investors dumped shares in big tech companies. Facebook, the fifth most valuable, plummeted 5%.

In addition, investors sold other growth stocks amid rising Treasury yields, while fears of a default on US debt fueled caution.

Apple, Microsoft, Amazon and Alphabet, the four most valuable companies in the US stock market, fell more than 2% each.

Facebook lost 4.89% after its proprietary platform and apps (Instagram, WhatsApp and Messenger) recorded a general decline in various parts of the world that had not been resolved at the close of the stock market.

In total, Facebook has lost 7.74% on Wall Street in the last five days, and more than 13% in the last month.

“For big technology companies, this is something in the short and medium term, part of a correction process. Rates were clearly too low, due in large part to central bank policies, and now, as investors anticipate withdrawing those policies, rates are approaching their true value, ”said Jack Ablin, director of investments of Cresset Wealth Advisors.

In the case of income from United States Treasury bonds rose because investors worried about the lack of agreement on the debt limit in the Congress, as they await the September employment data, which could pave the way for lower asset purchases from the Fed.

President Joe Biden said it cannot guarantee that the government will not breach its $ 28.4 trillion debt limit, unless Republicans join Democrats in voting to raise it, when the United States faces the risk of a historic default in just two weeks.

The fortune of the CEO of Facebook, Mark Zuckerberg, was reduced this Monday by about USD 5.9 billion after a bad session on Wall Street in which the social network, affected by a scandal about its unethical practices and a worldwide interruption of its services, fell by about 4, 9%.

According to figures from Forbes, this decline means that Zuckerberg’s fortune has reached USD 117 billion, relegating him to the sixth place among the richest people in the world.

According to the index Bloomberg Billionaires, Zuckerberg’s personal wealth stood at $ 128 billion as of Sunday, October 3. With the fall in the Facebook stock market, his fortune would be located at USD 121 billion, below Bill Gates with USD 125 billion and fifth in the ranking of the wealthiest people in the world.

#ATTENTION | Even the workers of #Facebook, #WhatsApp e #Instagram are suffering from the ‘DNS problem’, which has left millions of users without service » https://t.co/90ZU0mStKV pic.twitter.com/ZE9mxhldir