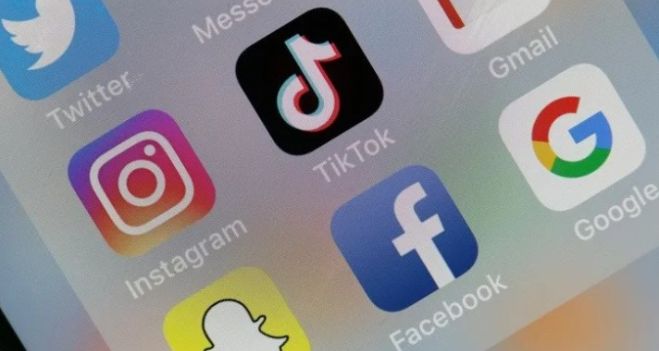 Facebook is not going through its best moments. And it is not because it lacks money or users, but because it lost that leadership that it had enjoyed so much in recent years. After the blow to its wallet caused by Apple and Google with respect to information for personalization of ads, TikTok became the most downloaded application on the planet and surpassed, justly, Facebook, Instagram and Messenger, all three owned by Mark Zuckerberg . In search of recovering what was lost, the social media giant implemented Reels on Instagram, short videos very similar – if not the same – as those on TikTok. As it was not enough, now he is going for more: in the United States he implemented Facebook Reels.

Do they change in something with respect to the others? Any. Facebook Reels are the same as Instagram Reels, which in turn are the same as tiktoks. Thus, platform users will be able to create and share content on their profiles, in the news feed or directly in Groups of Friends. This tool is actually an expansion of trials launched earlier this year in India, Mexico, and Canada, which had focused on bringing short-form videos to Facebook users.

When the Instagram Reels were launched, on the platform it happened that many of the videos that were uploaded were original from TikTok, something that required an algorithm to stop them and led to a response from the Chinese application, which moved its logo to be visible on Instagram . With that in mind, Facebook has already teased that it will give US Instagram content creators the option to have their Reels show up as recommended content on Facebook. If creators choose to participate, their videos will appear in the “Reels” section of the users’ news feed, along with other short videos created on Facebook.

The operation will be very similar to any other application: in addition to the possibility of uploading videos or filming them, the user will have a section of tools with which they can edit and add text, music, effects and more. As Facebook told TechCrunch, “most” of the Instagram features will be on the platform, but other features like Remixes – basically, TikTok Duets – will be added in the future.

What is the point of making a function almost the same as that of Instagram, if that social network is owned by Facebook? As explained from the platform, this addition is due to the fact that consumers are increasingly interested in videos and, particularly, in short videos. It shouldn’t be a novelty, especially considering the explosion that TikTok meant and how everyone else tried, unsuccessfully, to match it. “Reels is already the biggest contributor to the growth of engagement on Instagram,” Mark Zuckerberg had announced long ago.

“We are very focused on making it easy for anyone to create videos, and then for those videos to be seen on all of our different services, starting with Facebook and Instagram first,” he had told investors.

On the other hand, there is, as always, a business objective. The advantage of Facebook is to be the owner of Instagram, so that the creators of that social network could benefit from a cross publication that allows them more audience. Although they are different audiences, there are contents that can apply to both communities and maximize their performance. The equation, based on that premise, is the following: more followers, more money, more money, more incentive and more incentive, more publication. A virtuous circle whose only enemy is, deep down, TikTok. The Chinese app continues to be a leader, but saw Reels increase in duration just after their videos did, and their most original features – Duets or using other people’s audio, among others – appeared on Instagram. In a subtle return, the stories appeared on TikTok. The war has only just begun.

The battle for ads

“We plan to launch ads in the future,” added a Facebook spokesperson. And that, as internet times dictate, should be sooner rather than later. If TikTok gains users, it means that the time spent on cell phones passes through the Chinese application and not through the empire of Mark Zuckerberg.

An old saying already says that “the monkey dances for money.” And if the money is on TikTok, that’s where advertisers will go, eager to maximize profits. So instead of competing with TikTok on a single app, Facebook now uses two. And you’re leveraging the interoperability of your applications to ensure that the best content can easily flow to both places.

On the other hand, the platform has already announced that there will be new additional bonus programs and initial financing in the coming months that will pay bonuses for Reels on Facebook. The money will come from the more than $ 1 billion investment in content creators that the company announced months ago.