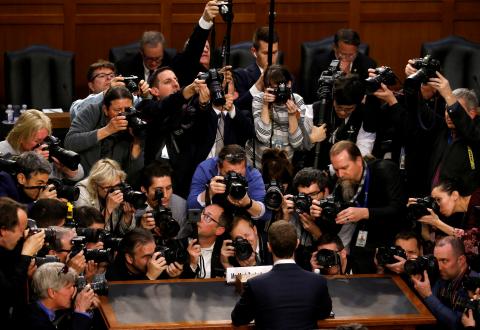 This May 18 marks 10 years since Facebook began trading on Nasdaq. The public offering for the social media company (now known as Meta) was announced in February 2012 and materialized just three months later, with a starting price of $38 per share. Today the shares are trading around $200.

A decade ago, Facebook announced that it had 845 million monthly active users. At the end of the first quarter of this year, the company reported that it had 2.94 billion monthly users. Along the way, popular applications such as WhatsApp or Instagram were incorporated.

However, not all this journey has been hunky-dory. At the end of 2021, the CEO and founder of Facebook, Mark Zuckerberg, announced the change of the company’s name to Meta to better respond to a new approach: the creation of the metaverse.

Meta (which in Nasdaq still retains its abbreviation, FB) tries to avoid many of the problems that Facebook dragged. Since the scandal with Cambridge Analytica was discovered at the end of the last decade, the company’s image has been plummeting unfathomably, the culmination being last year’s leak of ‘the Facebook papers’.

One thing is certain: Zuckerberg and Meta’s ability to influence. They were the ones who made the term metaverse fashionable last year; however, it is also true that currently the idea of ​​what it will be is still very little tangible.

So much so, that in the last presentation of the company’s financial results, at the end of the first quarter of fiscal year 2022, Zuckerberg reminded shareholders that it would still be a decade before they saw this new business division be profitable.

To date, Reality Labs—Meta’s lab focused on designing that digital future and the devices that will be needed to navigate it—reports ever-increasing losses. This is logical, given the enormous investment received by the department responsible for the Oculus Quest virtual reality glasses (already Meta Quest) or the haptic gloves of which only a prototype is known.

The year in which Meta celebrates 10 years trading on the stock market is the same year in which the technological multinational celebrates 18 years of existence. These are some of the great challenges that the firm faces after this milestone.

10 years of surviving in a fast growing industry

In 2011, when the company was not yet public, Facebook still understood itself as a desktop service. Back then, four years had already passed since the release of the first iPhone; however, it was not until 2012 that Zuckerberg realized that the number of smartphone users was growing rapidly.

This was confirmed by several experts in this Business Insider analysis that breaks down the real reasons why Zuckerberg changed the company’s name to Meta. Facebook was late to the mobile revolution; however, he doesn’t want to repeat that mistake with the metaverse.

Zuckerberg in 2004 was a visionary, when from his university room he built The Facebook, a portal to connect his classmates and faculty. What would later end up becoming Facebook would not be the first of the social networks, but it would be one of the best consolidated.

Of Zuckerberg in 2022, on the other hand, it is not so clear what can be said. Perhaps his vision of what the metaverse should be and how this idea can position Meta as a leader in the technology industry will not bear fruit. Meanwhile, the only reality is that in February of this year the multinational registered the biggest drop in the stock market in the history of the United States.

Meta lost more than $200 billion in a single day. The analyzes at that time raised the obvious: the world has changed, the regulators are monitoring the company more closely, and Meta, instead of strengthening its main platform (Facebook), has set about building a world that may not end up exciting anyone. .

The only thing that seems clear is Zuckerberg’s obsession with the metaverse, which makes even his employees uneasy.

The metaverse as a lifeline for Meta

Zuckerberg is aware that the metaverse could be one of the last cards he can play to save his company from decline. Generation Z do not have a good image of Facebook. Many still use Instagram, also owned by Meta; however, alternatives like TikTok are taking a toll on their business.

The blow to the stock market at the beginning of the year is not the first that Meta has suffered. An immediately previous one took place in October 2021. The problem is that the crisis situation around the technology is no longer punctual, it is circumstantial.

The Meta CEO is a regular in the halls of the US Congress. His appearances before investigative commissions of the North American legislature are already several. The House of Representatives, with a Democratic majority, made it clear that Facebook had become the “monopoly” of social networks by attacking and buying competitors.

In fact, in May 2022, a former WhatsApp executive regretted having sold the instant messaging application to Facebook. “Nobody knew that it would become a Frankenstein that devours user data,” he then exposed.

The privacy scandals that began to emerge with the Cambridge Analytica case — coupled with the Facebook Papers leaks last year — have put Meta in a very uncomfortable position, but not a new one. Even today, internal company documents emerge that reveal that it does not know how to manage the data of its own users.

Among those papers were, for example, revelations about how Instagram was causing psychological distress to younger users. Faced with these revelations, Facebook announced measures so that its underage users do not become obsessed with Instagram; also canceled a version for children under 13 years.

In addition, Meta managers have known for years the effects that their platforms’ content recommendation algorithms have on dividing the population. Polarization and a rise in fake news have also earned the company criticism, especially because it hasn’t done a good job of curbing it.

This was particularly evident in January 2021, during the assault on the Capitol. Technology tycoons and entrepreneurs like Elon Musk or Tim Cook did not hesitate to criticize Facebook for it.

The uncertain future of Meta

Faced with so much controversy, the future of Meta is uncertain. Zuckerberg himself is aware of this. In fact, he has made it known to his workers that if he did not have full control of the company, the shareholders would have already fired him.

The company has made timid attempts to open business in other markets, such as audio. Just a year after its launch, it will retire a functionality to upload and host podcasts on its platforms. The few cards that Zuckerberg may have up his sleeve already have to do with the metaverse and the rise of immersive technologies, such as virtual or augmented reality.

Inevitably, the huge macro challenges – fueled by the war in Ukraine – have made Meta’s metaverse plans more complicated than expected. In May of this year it was learned that the multinational was paralyzing its hiring, something that happened in the months prior to the pandemic.

The objective of this measure is none other than to cut expenses, after in the last meetings with the shareholders the questions became increasingly suspicious when the company’s management was asked about the future of the metaverse. The priority, yes, will continue to be Reality Labs, the division that is in charge of imagining technologies for this virtual world.

In the regulatory field, the European Union already draws on its immediate horizon the entry into force of both the Digital Services Regulation and the Digital Markets Regulation. These could be real, working rules as soon as this year ends or next year starts. They will be quite a challenge for Meta.

The last great episode that Facebook/Meta starred in on account of its situation in the European market took place a few months ago, when in the annual report it makes to the US Securities Exchange Commission (the SEC) it once again recalled what it had already said previous exercises: if a new agreement between the EU and the EU to transfer data was not reached, they would have to leave the continent.

Von der Leyen and Biden agreed to create a new legal framework that would protect these data transfers from Europe to the US. Specifically, this would allow the data of citizens of the 27 countries that belong to the EU to be processed on US Facebook servers.

There is an intention on both sides of the Atlantic to close that agreement; however, that will not eliminate the huge challenges Meta has with future European regulation, not to mention the heightened awareness in the world of privacy and business challenges it faces.

NOW READ: Mark Zuckerberg turns 38 and has big plans for the Meta metaverse — this is the most important thing he has said about it

ALSO READ: The metaverse will need a lot of computing power to be real, but Intel is already working on software for it