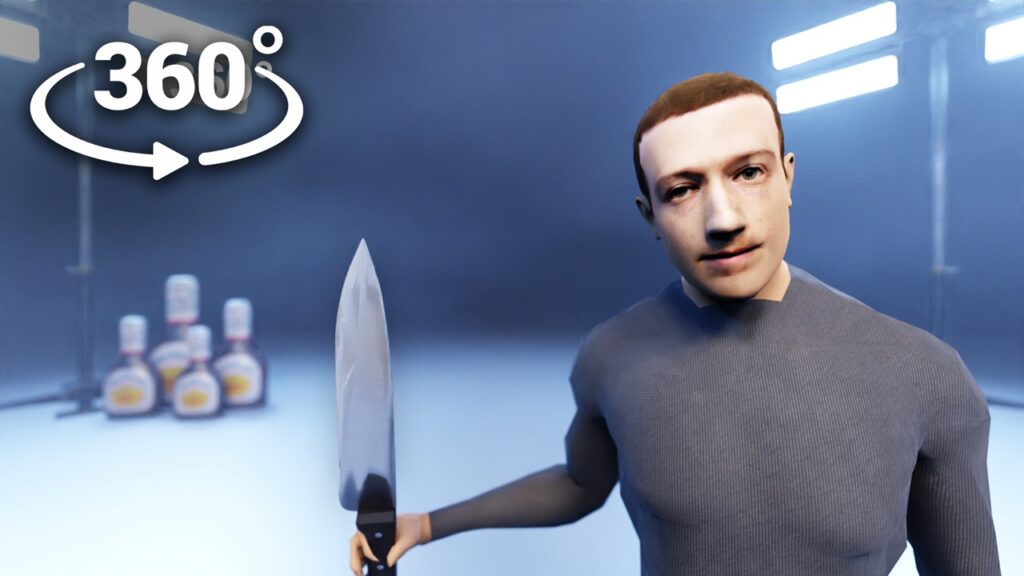 In recent months there has been a lot of talk about the incredible experience of the new metaverse, in any of its variants. However, the surreal entertainment channel has a different vision of this.

Adidas wants its own metaverse and announces alliance with Coinbase

Through your account YouTube, the video creator shared a 360º experience parodying a demo of what would be the metaverse of Mark Zuckerberg and the welcome that this character will give to the users of the virtual universe Meta.

In the video comments, the creator comments that to improve the Metaverse VR: Demo Experience experience, the video should be viewed in full screen, in 4K if possible and with a stereo or surround audio system, since the sounds are designed to sound in three-dimensional space when the camera is turned.

What did I just see, metaverse?

The creator of this parody of the metaverse is surreal entertainment, an account that for 3 years has created videos where it parodies different themes that are in trend: memes, series, movies, video games, among others. The creator takes a rather peculiar style of animation to make his works something that can be uncomfortable to see or cause some anxiety about the aesthetics of his characters, movements and environments.

Although the identity of the creator is somewhat unknown, in 2020 the creator shared a photo of him holding a gold plaque commemorating one million followers on YouTube.

¿Critics the simple cheating the Meta?

Although the video does not have a position on the metaverse of Mark Zuckerberg, we can appreciate that this parody strongly criticizes the terms and conditions of all Meta properties since at the beginning of the video we see, in the back, a legend that mentions that these they can “change at any time”, a situation that a few years ago was criticized for the exchange of personal data with the company.

It also refers to the already criticized policies of use that are increasingly restrictive.

What did you think of this video? Do you think this digital universe created by Mark Zuckerberg is the best experience? Tell us your point of view in the comments of our social networks.