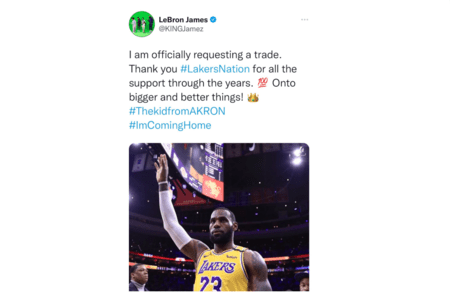 One of the most promoted ideas by Elon Musk since he bought Twitter (and since before too) just stayed in stand-by. The social network has suspended the ability to subscribe to the new Twitter Bluethe payment service that had been launched two days ago in the United States that, among its advantages, offered the blue verification check.

The movement occurs shortly after Twitter will be flooded with fake accounts. Since anyone could buy the blue verification check, phishing had started to proliferate. Thus they arose Valve verified accounts, NintendoLebron James, Twitter and even Elon Musk himself who were not authentic.

You can no longer pay to be verified

In this way, the hasty launch of the new Twitter Blue It has been suspended for now. Although, yes, service subscribers who received the blue verification check will not lose it. They could risk becoming unverified if they break the service’s rules, which include not impersonating others.

However, Twitter’s efforts to banish fake accounts did not appear to be very effective. According to TechCrunchmany accounts that had the blue verification badge, and were clearly spoofing other accounts, remained dangerously active for some time until they became prominent enough to be detected by moderators.

Recall that the new Twitter Blue was launched in the United States on November 9. Users of iOS devices in the aforementioned country could subscribe for $8 per month, although initially Elon Musk had proposed a price of 20 dollars per month. As part of the subscription, they received, among other benefits, the blue verification badge without prior identity verification.

There is a way, however, to check if an account has a blue check inherited from the old verification system for authentic accounts or one granted by the new subscription. When clicking on the blue badge, a message appears informing if it is a verified account because it has notoriety or by Twitter Blue. As we see, It is a mechanism that not everyone knowsa point in favor for those who seek to use the platform to impersonate identity and set up scams.

The “Official” label is back

In an attempt to avoid the aforementioned problems and more easily distinguish authentic and high-profile accounts from those subscribed to Twitter Blue, Elon Musk launched the “Official” label. In a very quick move, the company’s new CEO deleted it after a few hours. The truth is that now it seems to be back, although with some changes.


According to journalist Zoë Schiffer of Platformer, the tag may only be available to advertisers or Twitter Blue subscribers. In this way, it would not be enough to have a legacy verification badge or have a high-profile account. If you want to receive the new label you would also have to pay. As we can see, Elon Musk is making changes to the social network almost in real time.

It remains to be seen how this will evolve and what other changes they will implement to the platform to respond to user complaints. If something is clear, it is that the businessman is willing to do anything not to lose the 44,000 million dollars. As we said, the change of hands of Twitter promised curves and it seems that here they are coming.

In Xataka: Musk seems hell-bent on changing Twitter until no one acknowledges him. His latest idea: paid videos