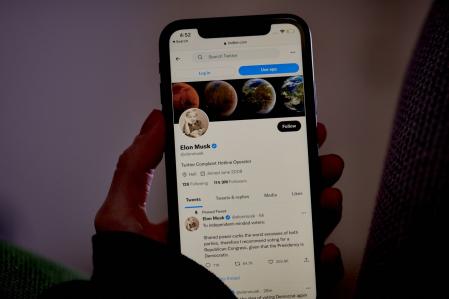 Elon Musk he wants to be remembered, although it is not known whether for his business works or for his media appearances. As soon as Twitter landed, the tycoon appeared at the company’s offices in San Francisco with a sink, remembering a famous meme which alludes to the English expression “let that sink in”, something like “think about it for a moment”, in reference to the 44,000 million dollars of the operation.

Since then, the billionaire has not stopped making decisions: struck down the top managers, will lay off half of the staff (around 3,700 jobs) and anticipates changes in the verification policy. That is what is known, at least so far. And it has not yet clarified anything about the rules of use and freedom of expression. There is also no news about twitter will change to resemble the Chinese superapp WeChat.

Many changes in a short time that have cost him significant criticism from public opinion. Among so much decision, some specialists have found parallels between the arrival of Elon Musk on Twitter and the role of Steve Jobs in Manzana.

The similarities begin with the delicate situation of both companies. The South African tycoon has assured that he has had no other choice but to apply massive layoffs, based on the platform’s daily losses. To that, we must add the loss of advertisers. And don’t forget that Twitter has been losing “weight users”which represent a small part of the total, but which represent a high amount with respect to the company’s income.

Something similar happened at Apple in the 1990s. As he recalls Bloomberg, at that time Microsoft had eaten a lot of ground from the apple company and it only controlled only 4.4% of the computer market. Jobs used to say that Apple was only a few months away from bankruptcy. In 1997, he returned to the company as an adviser to then-Apple CEO Gil Amelio.

The layoffs were immediate. Apple laid off 4,100 employees while scuttled projects that, until then, were strategic. Jobs’s decisions were harshly criticized. “Some mistakes will be made. It’s okay. Because at least some decisions will also be made. We will fix them… But I think it is much better than where things were not long ago, ”replied the person in charge in a public intervention.

Time proved him right and the Cupertino-based company took flight. In the case of Musk, it is too early to know if the layoff policy and the promised changes will be enough to revive the microblogging network.

Musk and Jobs don’t mind taking responsibility either. The former’s resume is impressive: founder, CEO and chief engineer of SpaceX; Tesla CEO; founder of The Boring Company; and co-founder of Neuralink and OpenAI. The list is extensive, although the results of their bets have been variable. For his part, Jobs had a company software (NeXT), which it would end up selling to Apple. In addition, he embarked on projects related to The Walt Disney Company.

There are also differences. As Brad Stone points out in Bloomberg, Jobs arrived at Apple at the right time, “with the mobile revolution just around the corner.” Such a promising future does not augur well for the communication and social networking sector, which apparently has ceased to be a growing business.

Twitter’s journey is full of turbulence because companies such as General Motors and L’Oreal, the pharmaceutical company Pfizer, the automobile group Volkswagen or the food group General Mills have already chosen to stop their ads in their tracks. And that means less revenue for the platform.

Musk does not have it easy and nobody knows if he is making the right decisions. It only remains to let time pass, which will prove (or not) the reason. For Jobs, the risk did not go wrong.