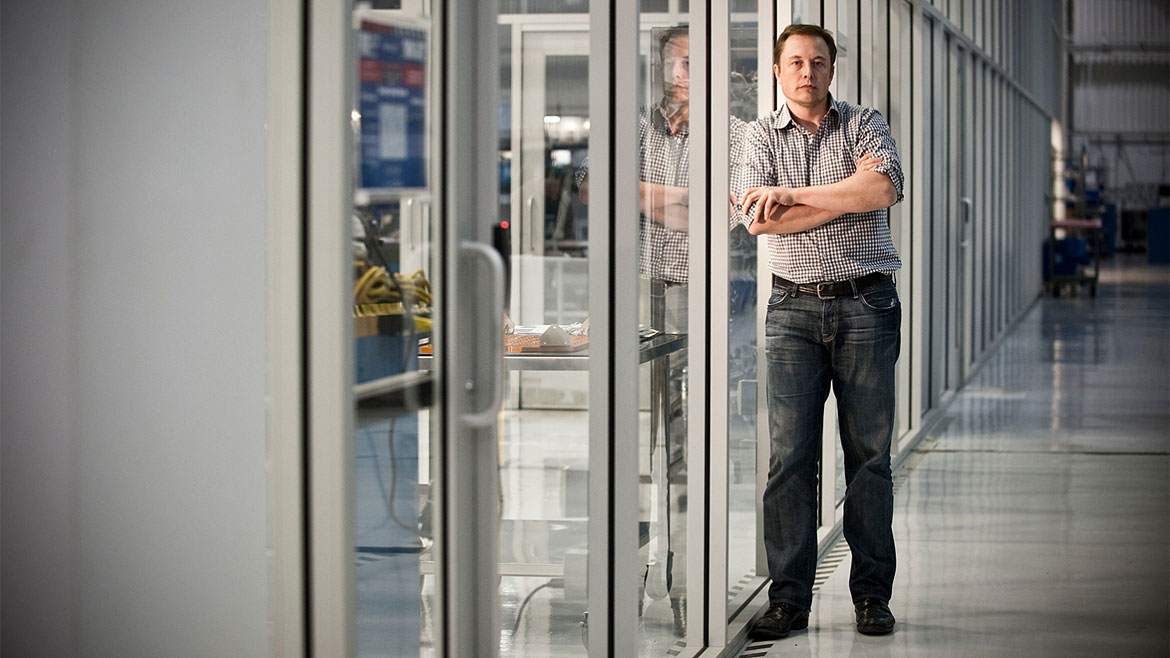 The richest man in the world said that he does not have his own house and that he sleeps on the sofas of his friends.

“Right now I don’t even have a house, I’m literally staying at friends’ houses,” Elon Musk said in an interview published Monday with Chris Anderson, chief organizer of the TED conference.

“If I travel to the Bay Area, which is where most of Tesla’s engineering is, I’m basically rotating through the spare rooms of friends,” Musk added, according to a Business Insider article.

Musk, who has an estimated net worth of $251 billion according to Bloomberg, was responding to Anderson’s comment that many are offended by the concept of billionaires, given global wealth inequality. Indeed, some US lawmakers, such as Senator Elizabeth Warren, have also criticized mega-billionaires like Musk for their comparatively low tax payments.

“Sure it would be very problematic if I spent billions of dollars a year on personal consumption, but that is not the case,” Musk told Anderson, clarifying that he does not own a yacht or go on vacation, although he is famous for having a personal jet.

“It is not that my personal consumption is high. I mean, the only exception is the plane, but if I don’t use the plane then I have fewer hours to work,” she stated, before acknowledging that his net worth was, however, “insane”.

Musk’s comments seem like his first confirmation that he doesn’t have a permanent home, despite being the world’s richest person.

It should be remembered that in May 2020, he tweeted his intention to sell all his possessions and that “he would not have a house”. In August 2021, Business Insider reported that Musk was believed to be living in a small $50,000 prefab, which he rents from SpaceX.

What’s more, in a recent interview with Vanity Fair, Musk’s partner Grimes said he sometimes lived “below the poverty line.” And, in fact, she refused to buy a new mattress after her side had a hole in it, she said.

In 2015, Google co-founder and then-CEO Larry Page said that sometimes when Musk visited Silicon Valley, he would email Page and say, “I don’t know where to stay tonight. I can go?”.

Musk’s interview came after he spoke to Anderson live at a TED conference on April 15, addressing the ongoing saga that is his attempted takeover of Twitter.

For his part, Musk said he had a backup plan in case Twitter rejected his $43 billion offer, but declined to provide details.

At the live event, Musk said he may not be able to acquire the company, but said “technically” he could.

“I have enough assets,” he said, without elaborating. Most of Musk’s personal fortune is tied to his stake in Tesla.

On Friday, Twitter said it would adopt a “poison pill” defense. Insider’s Gabrielle Bienasz reported that this “essentially devalues ​​every share in a company by increasing the total number of shares, making it more difficult for any one person or group to acquire all of a company’s shares.”

On the other hand, Musk said that a hypothetical price of $100,000 for a ticket on his shuttles to Mars should be affordable for most people.

Musk’s company, SpaceX, plans to build a self-sufficient city on the red planet in the coming decades.

Anderson asked if it could cost a few hundred thousand dollars.

Musk said the price point would be determined in part by economics, but also by the need to make travel to Mars affordable enough to attract around a million people of the kind needed to build a city on Mars. .

“We want to make it available to anyone who wants to go,” he said.

Cavallo: “If they put in one of those who surround Cristina or those who boycott Guzmán, the situation would be much worse”
Checked by inflation and the internal one, Guzmán will discuss with the IMF how the economic program continues
Inflation hit consumption: in March the growth of purchases in supermarkets slowed down
After the strong data in March: how much will the dollar and inflation reach at the end of the year

Elon Musk without a filter: he stated that he does not have his own house, that he sleeps on his friends’ sofa and that anyone can pay for a trip to space