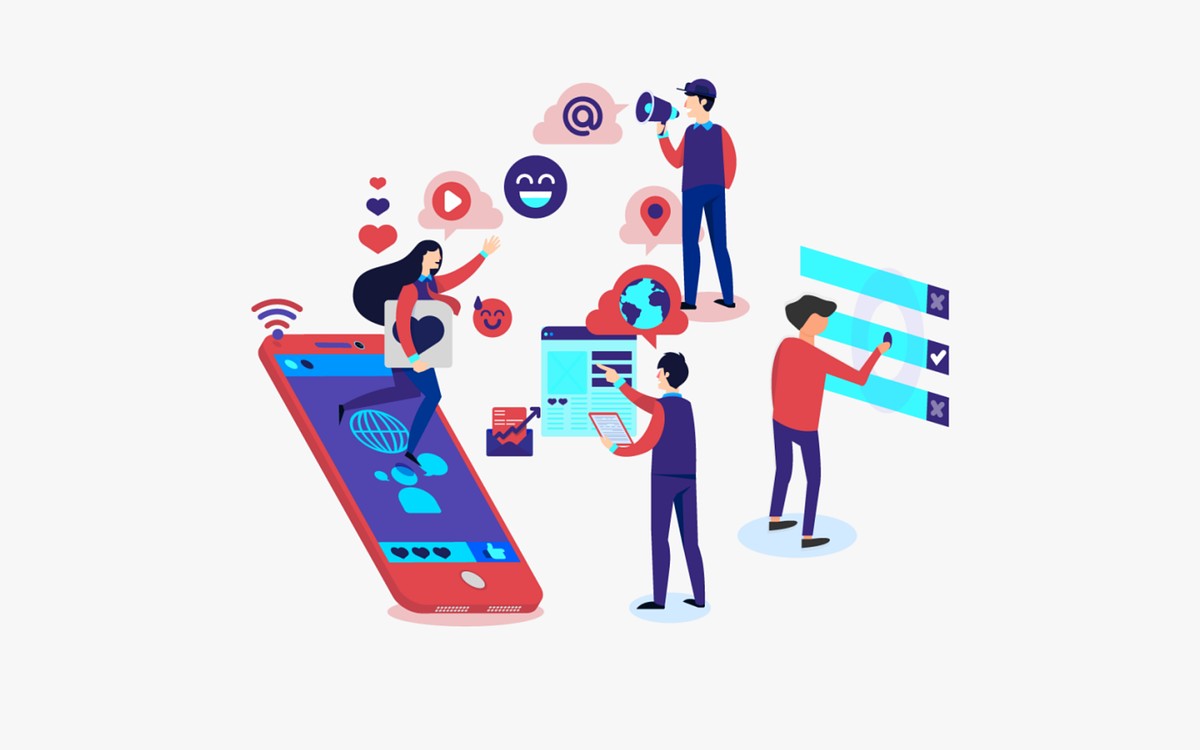 ANDIon Musk is right when he says that “having a highly reliable and widely inclusive public platform is important for the future of civilization.”

Although it is extremely difficult for it to materialize, its intention to buy twitter it shows that both his desire to radically change this platform and the idea that he has the capacity to do so are strong and serious.

But Musk is radically wrong when he assumes that the reliability and inclusiveness that Twitter or other networks need can come from the supposed qualities of its owner, no matter how visionary and successful he may have been in other fields.

And it is that there are at least four elements that indicate that the change that the richest man in the world has in mind is not the one that is required to transform for the better platforms that, in fact, function today as public squares.

(1) Misinformation. One thing that Musk has rightly noted is that networks as we know them today constitute an existential threat to Western civilization. It is not possible to build social trust, reasoned deliberation and consensus when part of the population does not have their feet on the ground.

The current network architecture facilitates and even encourages the flow of disinformation. And it does so, first of all, from the combination of obscure algorithms that favor the flow of junk content and the proven tendency of human beings to interact more with fake notes.

This scheme benefits the networks, as they obtain more interactions from their users. But it also benefits the political machines around the world that generate and spread their propaganda through the Twitter or Facebook pipes.

Networks have responded to this phenomenon. And they have done it, mainly, from the introduction of more moderation. However, to assume that moderation will end the problem is, to say the least, naive.

As Nobel laureate María Ressa has commented, moderation deals with the most superficial level of the problem. At a lower level are the algorithms and, at an even deeper level, the artificial intelligence that gathers and exploits the information collected.

In this sense, Musk is right when he talks about “opening up” or “democratizing” the Twitter algorithm. How this might look in practice remains to be seen – some algorithms are so complex and obscure that only a handful of people can understand them, and others can self-adapt beyond their original programming.

(2) Bots, cyborgs, and trolls. It is striking that Elon Musk’s promises to transform Twitter do not include dealing with the presence of these toxins.

Although they may be coextensive, these terms are not synonyms. A bot is an automated account that replicates content. A cyborg is an account that can function automatically or be controlled by one person at a given time. A troll is an account that is dedicated to bullying and causing annoyance to someone.

The massive presence and saturation of content from these types of accounts on social networks such as Twitter or Facebook have a double effect. On the one hand, it poisons public deliberation. On the other hand, it dilutes the voice of those who genuinely seek to deliberate and exchange opinions and can directly silence them – it is worth reviewing the excellent work that the Colmex Seminar on Violence and Peace has done in this regard.

The people who run social networks can identify bots and cyborgs. This is evident when you consider that external laboratories with exponentially smaller budgets have done so forcefully.

However, despite how easy it is to identify and dismantle them, this type of automation continues to abound. One hypothesis that helps explain why this is the case has to do with companies like Facebook and Twitter promising their shareholders goals in terms of account growth.

The perverse incentive that this generates is evident: economically, the ideal is not to eliminate them, but at least to maintain a number that does not end up expelling other users. 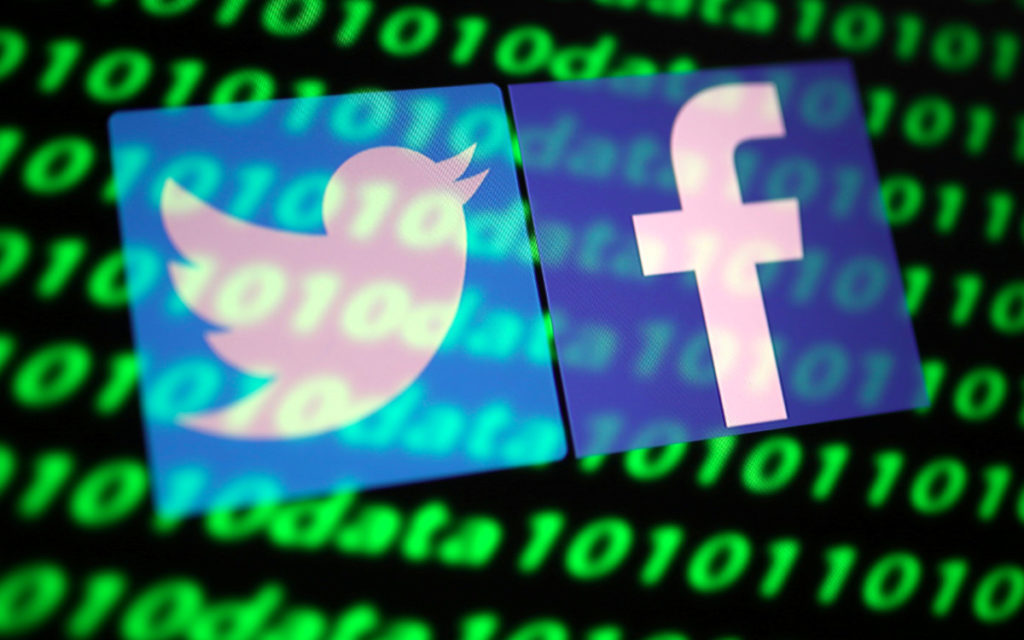 Another hypothesis is to point out how people with a lot of resources have managed to magnify the reach of their voices on networks thanks to the massive operation of bots and cyborgs. The case of Musk is clear evidence of this: the richest man in the world is an accomplished troll who is backed by a horde of automatisms.

The solution then does not go through a great savior, but rather through strict regulation that forces the main platforms to erase bots and cyborgs from the map and to monitor and sanction the behavior of some trolls that is problematic.

(3) Freedom of expression. The debate on freedom of expression is a fundamental issue that must be tackled by the main social networks. In this Musk has not been wrong. His mistake is to imply that his solution to this controversy is the most adequate.

There is a wide debate about the scope and limitations of freedom of expression. Although only the most radical conservatives claim that this is conceived as an unrestricted supreme value, within some moderate and progressive sectors the way in which the so-called “cancel culture” is beginning to limit the necessary public deliberation of controversial issues is observed with concern. .

At the moment, social networks have blocked accounts considered problematic by the people who manage those platforms. After several years of allowing hate speech and choosing to look the other way, recently Twitter has probably been the strictest network in this regard.

It has also been the one that has made the best-supported decisions – in this sense, Facebook has set the bar very low. For example, Twitter permanently blocked Donald Trump’s account when this former president lit the flames that led his supporters to take over the Capitol.

But not all cases are so clear or so easily resolved. Musk’s claim puts the spotlight on the unilateralism and lack of clarity in these procedures. The idea is not that nothing should be cancelled. For example, speech that incites violence is generally considered unacceptable. 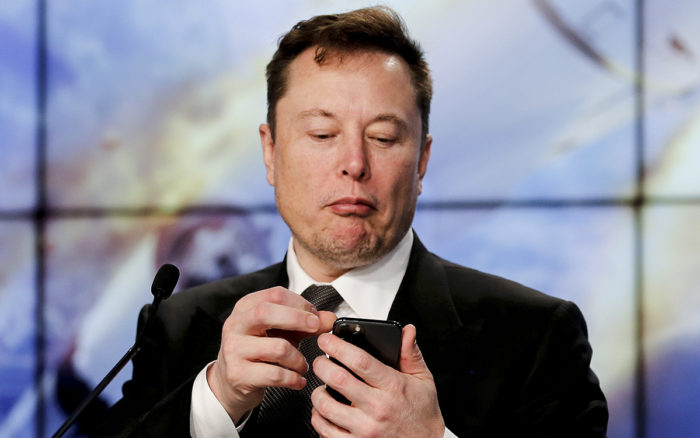 What is in dispute is where exactly the line should be drawn. And, in turn, this is a debate that must be urgently sustained with arguments and theoretical support in between.

(4) Horizontality. One of the mantras that has been most associated with the cyberpopulism that Musk is a part of is that an individual should be able to receive part of the profits that her presence on networks generates for these platforms.

This idea may initially seem appealing. If a user generates massive profits for Facebook or Twitter by using their services, it is only fair that those profits be divided between the network and the user.

The problem is that in practice this mercantilist vision of user rights can end up generating a terrifying scenario.

Monetizing acts such as uploading a photo or receiving a “like” would end up turning products that are already addictive enough into bottomless tunnels. Under this logic, for some people, social networks would be authentic slot machines: insert everything you can, because eventually you could end up “hitting” the prize by viralizing some content.

To be clear, social networks can and should be more horizontal spaces. Users must be owners of their data, their privacy must be respected without restrictions and they should be able to have control over what they want and do not want to see in these scenarios.

But the mercantilist vision of democracy implied in visions such as that of cyberpopulism does not turn the user into a cybercitizen; makes him a worker addicted to his employment.

The horizontality of the networks has to arise from a democratically generated regulation; rules designed to protect the rights of those who employ them and the health of society and democracy outside of them. Nothing that has been pointed out at the moment from the cyberpopulist field to which Musk belongs points in this direction.

Elon Musk is right: since networks de facto function as public squares, and considering that what happens on networks affects life outside of them, achieving this goal is important for the future of civilization.

But the world’s richest man is radically wrong on two counts when he assumes the solution is to mold Twitter in his own image.

In a narrow sense, disinformation, the ecosystem of bots, cyborgs and trolls, freedom of expression and horizontality are not aspects of the networks that will improve if an inveterate troll like Musk takes control of that platform.

And, more broadly, given the size of the task at hand, no matter what you may think of Elon Musk, the ideas needed to harness those changes can never come from the head of one man.

Elon Musk will not save social networks | Article