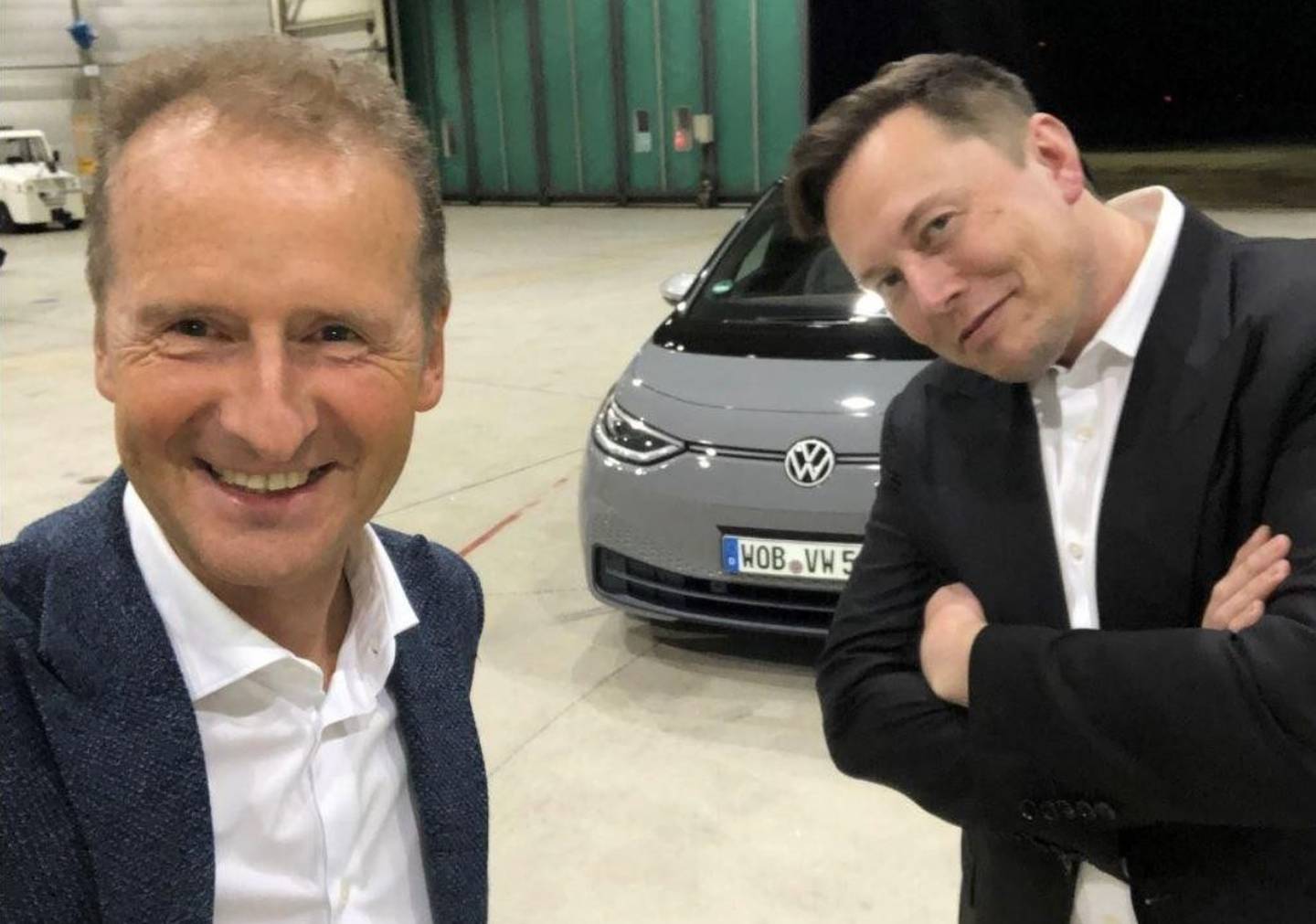 when we thought that Elon Musk Couldn’t get any further after buying Twitter for $44 billion, the world’s richest man seems ready to pull out his endless wallet again, setting his sights on another company: volkswagen.

Yes, Uncle Elon already owns Tesla, an electric car manufacturer, but for the 50-year-old businessman, investing in a new business opportunity will always be attractive, especially if it is a company like the German one, valued at more than 120 billion dollars.

The report is from the website of NeoMotor from Sport newspaperwhich adds that Musk’s interest could be reduced to buying shares or seeking business deals for the near future, in which electric vehicles would be the main focus.

A marriage between Tesla and Volkswagen would be ideal because of Elon Musk’s company’s software technology, batteries and superchargers, and because of the German manufacturer’s global presence in the car market.

The friendship of Elon Musk and Herbert Diess

Herbert Diess is the current CEO of Volkswagen, he is a friend of Musk and they also have mutual admirationreasons that can unite their paths in the business world.

Diess has publicly recognized the importance of Tesla in the electric market, admitting that it is well ahead of Volkswagen: “It’s growing fast and taking more risks than us. It is very healthy to have them as a competitor”.

Elon Musk also responded to his friend, tweeting: “Diess deserves a lot of credit for moving Volkswagen quickly towards electrification. They are lucky to have him”.

Diess deserves a lot of credit for moving VW rapidly towards electrification. They’re lucky to have him.

Diess returned the compliment: “Thank you, Elon, for always thinking outside the box. And for bolstering the market capitalization of our industry and helping cut through German red tape”.

Since 2019, Elon Musk and Herbert Diess have been in a relationship. In 2019, the tycoon defended him when the German prosecutor accused him of the ‘Dieselgate’.

“Herbert Diess is doing more than any major automaker for the transformation to the electric vehicle. The benefit of the planet must come first. That is why you have my full support.”, Musk said on the social network.

After the launch of the Tesla factory in Berlin, Germany, Diess put pressure on his workers, taking into account that, according to Elon Musk, a Tesla can be manufactured in 10 hours, while a Volkswagen requires 30.

“We must prepare for profound changes and remain competitive when Tesla increases vehicle production in Berlin”, said Diess, between admiration and pressure generated by the competitor.

It would not be a surprise if Elon Musk seeks to invest in shares of Volkswagen, a highly recognized brand in the world, with expansion in many countries and with which he can achieve a commercial association for an electric car with the logo of the German company and technology of Tesla.

Elon Musk wants to get his wallet out again: after Twitter, he sets his eyes on Volkswagen